← The neglect of Sacraments and where it comes from.
Catechesis and the winning of public praise →

My Daddy’s Name is….. Donor 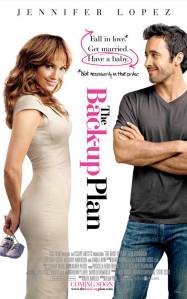 Of course one shouldn’t believe every study he reads about. Still, this one makes a lot of sense as it is a matter of purest common sense to realise that the child of a woman and some grams of carefully selected sperm might have some difficulty to cope with his situation.

The only surprising fact of such studies is, in fact, that someone should find them surprising. The idea that a child’s genetic code might be selected according to the wishes of the mother whilst the father himself is deemed dispensable is indicative of the blindness of our age and of a society in which the fulfilling of individual desires comes before everything else. The egotism of a mother deciding that a child doesn’t need a father (or worse: of two people of the same sex deciding that they are, hey, “a family” and who thinks otherwise is a lot of things all ending with “phobic”) is the perfect mirror of how the relentless pursuit of individual happiness leads people to absurd decisions without even becoming aware of their absurdities. Of course it may happen that a child is born without a father (in war times or by dangerous professions certainly not an altogether unusual occurrence in the past); but these are unwanted exceptions, not willingly accepted societal changes.

Sadly, this ego-driven mentality (which, as every other ego-driven desire, is never going to give lasting satisfaction) is banalised by the entertaiment industry, with a recent film showing the recourse to a sperm bank as something nowadays rather normal and good for a laugh, rather than for a serious and disquieting reflection.

Hopefully, in a couple of decades this madness will go the way of flower children and disco music.

← The neglect of Sacraments and where it comes from.
Catechesis and the winning of public praise →
Loading Comments...