Hatred and the misconception of “charity” 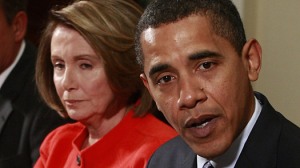 Be virtuous. Hate them.

Those reading conservative Catholic blogs are surely already fed up with the sugary concept of “chariteeee” promoted by liberals who consider orthodox Christians people full of hatred. Let me explain why they are both right.

First of all, some definitions: the Catholic Encyclopedia defines hatred as

a vehement aversion entertained by one person for another, or for something more or less identified with that other.

This is rather easy. It becomes more interesting when you read that hatred comes in two forms:

One (odium abominationis, or loathing) is that in which the intense dislike is concentrated primarily on the qualities or attributes of a person, and only secondarily, and as it were derivatively, upon the person himself.

The second sort (odium inimicitiae, or hostility) aims directly at the person, indulges a propensity to see what is evil and unlovable in him, feels a fierce satisfaction at anything tending to his discredit, and is keenly desirous that his lot may be an unmixedly hard one, either in general or in this or that specified way.

Now this is already more intriguing as one can clearly see, in the first form, the hatred coming from the scandal, the blasphemy, the abomination, the sheer godlessness of a person. The Latin definition of the first hatred, “hatred of the abomination”, actually says it all.

Even more interesting it becomes when we read that:

The first-named species of hatred, in so far as it implies the reprobation of what is actually evil, is not a sin and may even represent a virtuous temper of soul. In other words, not only may I, but I even ought to, hate what is contrary to the moral law.

It is clear here that, provided one does not take the “hate of the abomination” as an excuse to hate the person, this kind of hatred is not only not a sin, but is virtuous. You are supposed to hate the person having particularly odious traits inasmuch as he has them. You hate so-and-so because he is a blasphemer and in so doing you are even being good.

This reinforces me in a suspicion that I always had: that those unable to feel hatred for what is seriously wrong either do not have any real feeling for what is wrong or want to be free to commit it without being, as they love to say, “judged”. Conversely, people like Mother Teresa and Padre Pio – extremely pious by any standard – were noted for their very keen hatred of abominations.

But it gets even more interesting.

One may without sin go so far in the detestation of wrongdoing as to wish that which for its perpetrator is a very well-defined evil, yet under another aspect is a much more signal good. For instance, it would be lawful to pray for the death of a perniciously active heresiarch with a view to putting a stop to his ravages among the Christian people.

This doesn’t need any commentary. We all have such people in mind.

We must hate heresy; we must hate willed and celebrated scandal; we must hate the undermining of Catholic values masked as Catholicism. It is not sinful if we do, actually the contrary is true. It is evil if we let it happen because we want to feel “tolerant” (that is: never uncomfortable and/or with all options open) and call our cowardice and love of a quiet living “chariteeeeee”.

In better times – when Doctrine was properly taught – people knew about the ways to be accessory to another person’s sin. “Consent ” and “silence” are two of them. This should give all those who are, say, in favour of abortion but feel fine because they haven’t aborted themselves, or are in favour of euthanasia but say they wouldn’t make use of it themselves, a lot to think about.

I have already written here about the contrast between some courageous Catholic shepherds (particularly in South America) and the resigned or, rather, indifferent weakness with which the English hierarchy reacts (so to speak) to every new step towards total secularisation proposed by David Cameron or by his more socially conservative predecessor, Gordon Brown.

We now have another eloquent example as we read that in Mexico a Cardinal has spoken clear words about a decision of the Mexican Supreme Court upholding the constitutionality of so-called same-sex marriages. Cardinal Norberto Rivera Carrera said that “The Church cannot stop calling evil “evil” “ and added as follows:

“The absurd approval of this law that can be legal, but never moral, allows us to be conscious of the unequaled value of family … and is an opportunity to continue raising our prayers to God for our leaders,”

“Even though we are called to be respectful of the civil laws, we have a moral duty to not make vain God’s commandments and avoid falling into permissiveness that damages the fundamental principles of our faith and the precious value of family”

He was not left alone as the spokesman of the Archdiocese of Leon also intervened:

“We strongly condemn the approval of civil weddings between men and women of the same gender, and we make a call to faithful Catholics so that … what’s civil doesn’t dominate what’s moral,”

This last intervention highlights a problem typical of all legislation contrary to natural law: that it tends to end up becoming morally accepted through the laziness, the convenience or the sheer apathy of the population, unless of course the latter is properly instructed and kept vigilant. The Italian saying that the laws of one generation are the morality of the following one certainly reflects rather well what happens on the ground.

Please contrast this latest courageous statement with the behaviour of our bishops in Blighty; starting with ++ Quisling Nichols, the man who is not even able to stop the scandalous homo masses taking place in his own diocese. 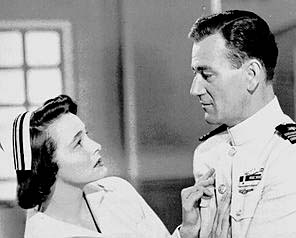 The American Catholic has a beautiful story about Patricia Neal, the once notorious mistress of Gary Cooper who aborted the child she had from him and then went on to rediscover Catholicism, repent, become a pro-life activist and reconcile herself with Gary Cooper’s daughter who had spat at her during the relationship with her father.

It is interesting to notice that:

1) in the end not only the actress herself repented (and her words quoted on the article are very beautiful and full of humanity: ““Father, alone in the night for over 40 years, I have cried for my child. And if there is one thing I wish I had the courage to do over in my life, I wish I had the courage to have that baby”), but Gary Cooper himself later came back to his family and …… converted to Catholicism!

2) She had a remarkable series of disgraces in her life (a daughter who died at seven; a son permanently brain-damaged by an accident; another daughter drug addicted and alcoholic; a husband who left her; several strokes) but still kept the faith until the end. Whatever one’s sins in younger years, this is a beautiful testimony of a sincere conversion.

3) Gary Cooper’s daughter later reconciled herself with her. Again, we see Christian charity at work and the authentic change in a person being recognised even by those most offended by her past behaviour.

4) It seems to be women often helping men to conversion to Catholicism. Gary Cooper is one case and John Wayne is a second one. Women have so many beautiful vocations within the Church. It is just that the priesthood is not among them.

As the author of the article points out, as long as there is life, there is hope.

Comments Off on Patricia Neal, Actress turned Pro-Life activist, dies and leaves us a lesson.