← How Archbishop Burke deals with heretics.
The Theological Virtue of Faith and how V II disfigured it. Part One →

Proposition 8: Homo Judge decides he could marry on Wednesday. 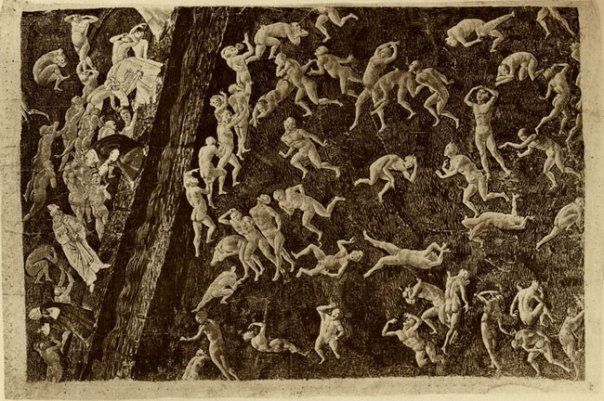 As the San Francisco Chronicle reports, the homosexual judge Vaughn Walker, who has decided that it is unconstitutional for 7 million Californians to decide what a “marriage” is (and that he is a pervert, by the way), has now decided that his ruling will not be suspended pending appeal.

This was largely expected, so no real bad news here. The battle is now going to move to the upper floors and in the end it will very probably arrive to the Supreme Court, the expectation that the Ninth Circuit of the Court of Appeals may defend democracy, elementary Christianity, common sense and basic decency being wildly optimistic.

Still, please allow me to spend two words on the editorial cut given by the san Francisco Chronicle to the event. A photo of two oldish pervs, “lovingly” holding each other, dominates the page. The article focuses on the oh so terrible, terrible trial of the two, who are now forced to wait, listen to this, until next Wednesday before they can “marry”. They were in the town hall already yesterday, but they “left disappointed and empty-handed”. Poor lambs. “They sure don’t make it easy on us”, comments one of the two aged Romeos. Difficult to bear. What a vale of tears life is.

Further echo to the local perverts is given: “”This shows our relationship is as valid as anyone’s,” says one of the two Romeos already seen and shows how deluded he is. “It’s a fantastic feeling”. “Feelings” everywhere. So feminine.

But the crown is left for the end; it comes from a young 18 years old from Amsterdam and thus obviously the last cry in matters of both wisdom and “inclusiveness”. “Everyone should have the right to marry who they want*”, he says and by doing so he confirms what Christians already know: that homos wouldn’t have any problem with incestuous “marriages”, provided they can get their way. And their way is, as we all know, a very painful and shitty one.

A pity that no one of the Romeos looked at Michael Voris’ video about Hell. Many of them will live to regret it.

* I’d have said “whom” but I am not a mother tongue so I am certainly wrong.

← How Archbishop Burke deals with heretics.
The Theological Virtue of Faith and how V II disfigured it. Part One →
Loading Comments...