Hans Kueng and the Angry Bees

He had foreseen the danger and the damage: Pope Pius XII, "Pastor Angelicus".

A beautiful article (of some time ago, but that has lost nothing of its actuality) on the “Remnant”. Its leitmotiv is a funny comparison with the bees who become more aggressive when they sense that their life is slowly turning to an end. A bit the same is happening, says the author Brian McCall, with the modernists within the Church: as they get more desperate, they get more aggressive and like the bees they don’t get younger, either. In short, they know that the Modernist show is soon going to be terminated because of natural death of the paying public and don’t like it a bit.

Another funny image of the article follows the remark that Kueng clearly recognises the malaise within the Church, but stubbornly insists in refusing to identify the causes. “His call to arms” writes McCall “reads like a doctor diagnosing a patient with malaria who then prescribes an injection of more live malaria to cure him”. And in truth it needs all the delusion of an ageing Modernist to attribute 50 years of declining Church attendance to the Vatican…… not being “progressive” enough. Therefore,

Like the bees […] the Modernist insects that have been swarming since the false Spring have begun to sense their mortality. They still dominate the hive, of course, but seem to recognize their hour is at hand. They are lashing out in desperation.

As to what will happen, the author writes:

Who are the beekeepers approaching to clear the hives? […] Küng identifies two of them: The Mass of All Ages and the Society of St. Pius X.

I agree only partially with that as it seems to me that the realisation of the mess produced by the Vatican II – and even more by the dissent and “spirit of V II” allowed to spread afterwards – is in my eyes not something to be directly attributed to the Latin Mass or the SSPX: rather, I’d say that the progressive sobering up of the Vatican hierarchy after the big booze of Vatican II preceded the factual reinstatement of the Tridentine Mass and the (factual, if yet incomplete) rehabilitation of the SSPX. Still, one must recognise that once the Church has finally sobered up, Catholics will look back and say that the process has been if not caused, certainly encouraged by the courageous witness of the SSPX.

I’d like to close this entry with McCall’s beautiful quotation from a dire prediction of the “Pastor Angelicus” Pius XII,  whose suffering and prophetic words were pronounced, as the author himself says, “when Küng was a boy in Lederhosen, too young to yodel”:

I am concerned about the confidences of the Virgin to the little Lucia of Fatima. The persistence of the Good Lady in face of the danger that threatens the Church is a divine warning against the suicide that the modification of the Faith, liturgy, theology, and soul of the Church would represent.

I hear around me partisans of novelties who want to demolish the Holy Sanctuary, destroy the universal flame of the Church, reject her adornments, and make her remorseful for her historical past. Well, my dear friend, I am convinced that the Church of Peter must affirm her past, or else she will dig her own tomb.”

Beautiful words from a wonderful Pope whose greatness the Church has all too willingly ignored just a few years after his death.

As they say in Italy, “Time is an honourable man”.

Comments Off on Hans Kueng and the Angry Bees 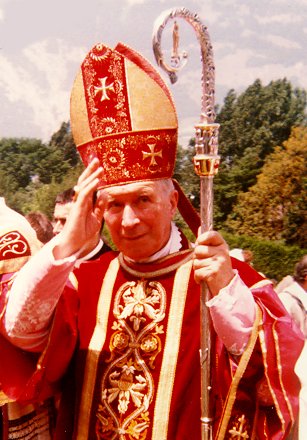 Those of you who understand French will certainly enjoy this hour-long documentary about French Traditional Catholics produced from France 3 and appeared on Gloria TV. The documentary is obviously not without faults, but one must say that the effort to understand French Traditionalism and accurately transmit its values to the viewers is, for a secular sender, remarkable.

There are small parts you won’t like (a stupid reference to alleged “Islamophobia” comes to mind; one also notices that secular people are unable to discuss Traditionalism without mixing it with the private opinions of Bishop Williamson), but in general I think that many lukewarm French Catholics who have seen this documentary have been left with a lot to think about.

Those who do not understand French (no subtitles, unfortunately) will enjoy the period footage of Archbishop Lefebvre and the beautiful music in the first part of the documentary.
He will also enjoy the masses. Both on the impressive footage from the Sixties and on the parts dealing with contemporary traditionalism, one can’t avoid noticing the numerical impact of an organisation numbering 150,000 in a country with around the same inhabitants as the United Kingdom. Since Vatican II France has been disgraced with bishops among the worst on the planet, but it is also the country where the reaction to “Catholicism easy” is strongest and best organised.

You’ll notice (and this is correctly put in evidence in the documentary) the strikingly low average age of the French Traditionalists. In addition, the entire editorial cut of the documentary makes at least an honest effort to portray them in their daily lives and as normal people rather than deluded nutcases, as the BBC or Channel Four would most certainly do.
These are young people, young mothers, families with children; they are listened to in the course of their daily life, in the kitchen, the reception room, at lunch, in a brasserie or bar; they smoke and drink beer, are dressed correctly but like everyone of us and are evidently not living in a parallel, alternative world like a hippy or an extremist biker. These are people with normal jobs and normal lives, whom every lukewarm Catholic could easily have as friends.

I recommend the viewing to the french-speaking readers, but even those who don’t will probably find the initial part – with the period footage and the music – rather interesting.

Dereliction of duty and its consequences on legislation. 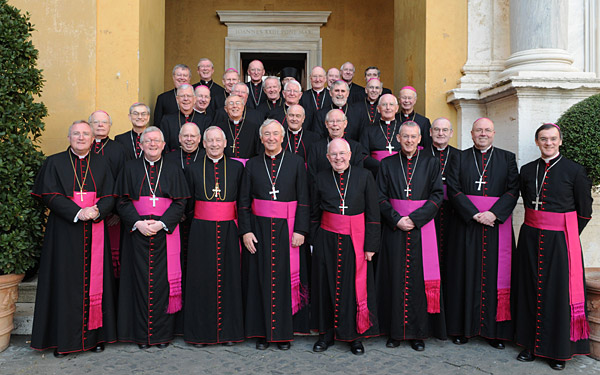 What Would Sir Alan Sugar Say? The Bishops of E & W

On Catholic Exchange, Judie brown has a very interesting piece about the relationship between contraception and legalisation of homosexuality. She has the following arguments:

1) Contraception links sex to pleasure and thus opens the way for pleasure irrespective of his finality. Therefore, contraception is at the root of the increase of acceptance of homosexuality.
2) That most Catholic couples in the US use contraceptives doesn’t make their use less wrong; it merely exposes the inability of the clergy to convey Catholic values.
3) We might have had a different situation today, if the Church has preached the Truth about homosexuality (and contraception) instead of shutting up.

On 1) This is very profound. Homosexuality is a perversion, not a weakness and people don’t become perverts because you don’t insist on the way to have intercourse in the proper way. Still, it can be argued that the reduction of sex to pleasure has led to a higher acceptance of all those who see in sex only a way of seeking pleasure. This mentality will in itself not cause an increase in homosexuality, but probably an increase in its acceptance. The decline of the taboo of homosexuality (sins crying to heaven for vengeance? What’s this?) has certainly also played a massive role.

On 2) I found the remark absolutely spot on. It is time to repeat again and again that the Bishops must start doing their job again. Here in Blighty, I can’t name a single Bishop who wouldn’t deserve immediate dismissal. In the US the situation is probably better, but one wonders how much (one answers: not much).

On 3) I think the lady really hits the bull’s eye. Contraception is not unavoidable. Abortion is not unavoidable. Mickey Mouse “marriages” are not unavoidable. They have all come to pass because the Clergy were sleeping or more probably, cowardly looking for ways of being popular. That so many people nowadays see as “normal” what Christianity (and not only Christianity: ask the pre-Christian Romans!) always saw as a grave perversion says it all about the scale of the dereliction of duty from the Western clergy. Note that where the Clergy do their work, this problem is virtually non-existent (Africa, Asia).

The bottom line is that at the beginning of everything is Bishops doing their job and taking care that their priests do the same. Sound teaching attacks the secular mentality in all its mistakes and allows a more complete view of Christian Doctrine and of one’s own life, which in turn better equips Christians for the right reaction to secular challenges.
If the proper thinking about contraception had been hammered in the head of the faithful since Humanae Vitae, we would probably not be here today talking about Proposition 8.

The Church of the Whatever: a “Stanford Nutting” video

Enjoy another video of Stanford Nutting, “the man who stands for nothing”.
This is like MasterCard.
Not many videos up to now. I hope they keep coming. The man deserves vast notoriety.

Comments Off on The Church of the Whatever: a “Stanford Nutting” video