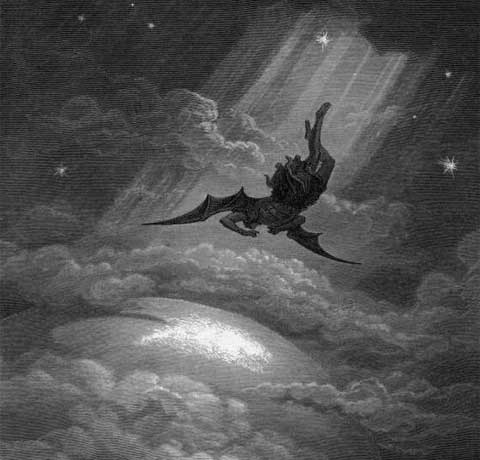 Two words on Hell, still another of the now numerous CTS Vintage Booklets published on the excellent Shane’s Blog.

Already the title (only one word, and the right one) tells you what to expect from this truly excellent booklet. It is very short, but of stunning clarity. It literally demolishes all the misconceptions about hell but most importantly, it drives a big steamroller over the “goodism” so typical of our age.

As observed for other booklets of this series, there is no attempt whatsoever to engulf you in an atmosphere of emotional, easy self-justification. Things are said not only straight, but in such a concise way as to be surprising even for people already accustomed to such issues.

At the same time, his delimitation and description of mortal sin is not only perfectly orthodox, but precisely and reassuringly circumscribed. This makes all his answers about Hell eminently reasonable and easy to follow and “digest” for those approaching or deepening their understanding of Catholicism.

This booklet should be given to every Catholic adolescent (or very bright child) with the instruction to read and re-read it until its content has been thoroughly assimilated (which, by the way, is no monumental task at all). Once this has happened, the reader would feel reassured about his chances of obtaining Salvation whilst being taught not to downplay the risks or the consequences of missing this all-important train.

A truly excellent product. I think everyone would profit from reading it. As all other booklets, it can be saved and forwarded with ease. 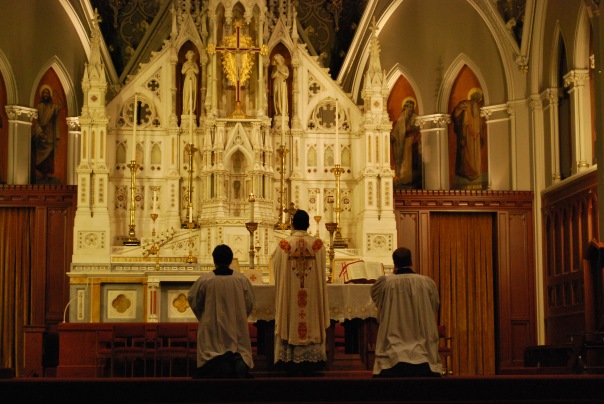 No, they are not being "rude"

According to Anna Arco at the Catholic Herald, a poll conducted among Catholic churchgoers in several European countries reveals that 43% of them think they would attend the Latin Mass every week if it were available to them, and 66% once a month.

As those who attend to two masses every Sunday are rather rare and those who attend several times a week are also not terribly frequent, what emerges is that without even having access to the TLM, almost half of the interviewed say that if the Latin mass was available, they would ditch the Novus Ordo and proceed to excusively attend the Tridentine Mass.

This calls, I think, for the following considerations:

1) all those “trendy” bishops who do whatever they can to boycott the Tridentine in their diocese very well know why they do it. They may claim that there is no interest but they perfectly well know that the interest would be huge;

2) the survey was made among generic churchgoers; there’s no reason to assume a disproportionate amount of them has had any significant exposure to the Tridentine Mass. It is the tradition that moves them to say that they would attend the TLM, the clear conscience that this is what their forefathers did. This tells a lot about the attraction of the TLM even on those unaware of its intrinsic beauty and reverence.

3) If someone would inform a Coca-Cola drinker about a new type of Coca-Cola, would he say that if introduced he’d automatically switch to the new type? Though not. Why? Well, because he likes Coca-Cola as it is and would therefore not switch to something else just because it is different. What does this say to us about the popularity of the Novus Ordo?

I think that vast part of the churchgoers find the Novus Ordo rather childish, not reverent enough and, in general, superficial. They instinctively know, even without having assisted to a TLM, that the Church has much better to offer. Therefore when someone prospects to them a Mass they don’t know in a language they don’t know, almost half of those asked say they’d prefer the unknown product they wouldn’t be able to immediately understand to the known one whose shortcomings they understand all too well.

As things are, the TLM would sweep away the Novus ordo in no time, were it to be rolled in in every parish and celebrated reverently.
Unfortunately, it appear we’ll have to wait and do the Sixty-Eighters the favour of waiting that they die. A favour they didn’t grant to old people in the Sixties.

One for the Gipper: Ronald Reagan on abortion and adoption 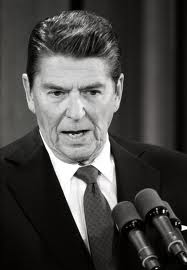 From the “Creative Minority Report”, a moving video featuring the voice of the unforgettable Ronald Reagan.

It is only three minutes long. I’ll let Ronald Reagan’s message speak for itself. I have only added an “eternal rest” for this great, great man and invite you to do the same.