The Decline Of The American Empire 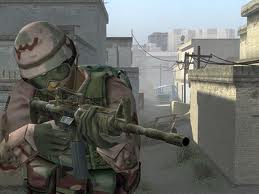 Now with mascara and foundation

There can be no doubt that the military superiority of the West (and in particular, of the Unites States) is overwhelming and few in Europe – where the press spreads so many lies that one is not even angry anymore – know that the Iraq campaign has been made without moving more than the little finger of the immense US-american war potential.

One is reminded of the Roman Empire and stands in awe in front of such supremacy.

Still, one is reminded of the Roman Empire also for another aspect: that its end could come because of internal weakness and degeneration rather than because of the objective strenght of its adversaries.

Today, a beautiful example of how this country (which many in Europe admire and continue to consider the light of the West) works against itself comes from a new example of judicial activism, a decision of a federal judge in California about the “don’t ask, don’t tell” politics used by the Army. I read here that the judge has decided, against the opinion of the army, that not to allow a soldier to discuss his sexuality is a discrimination, because heterosexual soldiers can discuss it.

To me this has the same logic as to say that as normal people can talk about their love for dogs, people with tendency to bestiality should be allowed to talk about their, ahem, love for dogs. It just doesn’t make sense in any other logic than in the logic of the pervert for whom perversion is normality, and its condemnation “oppression”.

This still extremely powerful country works on its self-destruction. It allows the corrosion of everything which has made it big, piece by piece; from the symbolic advance of Islam to the toleration of so-called same-sex marriages to the ruthless secular mentality of his abortionist “maybe even Christian but no one is so sure anymore”-President to the systematic attack to its Christian values.

It will be interesting, for us European, to see if and how the Army reacts to this in the courts, in Congress and Senate, and by taking influence on the Government. I do not know American politics so well, but I’d be extremely surprised if the Military didn’t dispose of a rather powerful lobby in Washington. I might be wrong, of course.

Still, one thing must be said clearly: it was wrong to allow homosexuals in the first place. This silent toleration was not good from day one, and it is in a sense not bad that its intrinsic absurdity is now exposed.

It is time to wake up to reality, start switching the brains on and reclaim the supremacy of reason and common sense.

Rome was not built on homos.

Another One (of the Absurdities) Bites The Dust

This article appeared on the “Anti-Catholic Atheist”, aka “The Independent”. It deals with the widely publicised decision of the Archbishop of Melbourne to ban pop songs from…. Catholic funerals. I repeat the key words again: pop songs, Catholic funerals.

I must admit that I was blissfully unaware of the following facts:

1) That there are people who really have the effrontery to play pop songs at a funeral.
2) That it is even necessary that an Archbishop puts an end to all this.

I obviously knew that there were people who consider a funeral a “celebration” of the life of the deceased, in an obvious protestantisation of Catholicism that ignores Purgatory and tries to remove Hell. But I thought it was meant purely symbolically, as the attitude with which the relatives of the deceased approach the Funeral Mass.
What I didn’t know is that such “celebrations” would include football club songs and the like. Football songs? In Church? At a funeral?

Apparently, it got really extreme in Australia as the most popular songs played at funerals were, according to Australian funeral directors: “Queen’s “Another One Bites the Dust”, AC/DC’s “Highway to Hell”, the Monty Python ditty “Always Look on the Bright Side of Life”, and “Ding Dong the Witch is Dead”, from The Wizard of Oz.” I hope that such songs were never allowed at least in Catholic funerals, but I am afraid to ask……

More amusing is the attitude of the local “Independent” Atheist In Charge, Mssss. Kathy Marks, who had to explain to his readers what sacredness is and failed miserably.

Mssss. Marks does reports the Archbishop’s statement, so that his readers have at least a hint of what it is about, but the good woman insists on finding a trendy Catholic priest and letting him tell how oh bad and oh insensitive this decision is.
Our trendy chap of choice, called Father Maguire and he thinks that the decision is

“a bit insensitive to local sensibilities, and a reversal of grassroots Catholic rituals”

I’d like to know what a “grassroot” Catholic ritual is. Perhaps someone can help. I thought rituals had to be reverent, and that was that. The idea of the “sensitivities” is also funny, as if the Church should let the faithful decide how to do a funeral. Fr Maguire even hints at disobedience, saying that

“he would have to struggle to balance the needs of mourners against the law laid down by the church”.

Not satisfied, our chap (obviously on a highway to Hell of his own) tells us that:

“Around 10 per cent of Catholics will feel more comfortable with these sanitised rituals, but the other 90 per cent want these rituals to reflect their lives.”

It is bad enough that an obviously secular journalist can think that it be “insensitive” not to allow people to sing pop songs in a church at a funeral, as you never know what these journos have smoked in their youth; but that a Catholic Priest would make an ass of himself to such an extent is truly a sign of the times.

Still, always look on the bright side of life: the action of the Archbishop shows that these monstrosities are slowly dying. The sooner, the better.

The English Bishops’ Understanding of Catholic Rituals And Sacraments

Sadly, this is not a joke

If anyone had ever been in doubt about the 1) incompetence and 2) lack of basic Christianity dominating the E&W Hierarchy, here is a further example.

You can read on St. Mary Magdalen Blog the latest piece of ridicule with which our bishops have covered themselves.

In order for non-Catholics to better “understand” what is going on at papal events, our geniuses have prepared a small, portable “translator” of commonly used words.

I can vividly picture Archbishop Vincent Nichols asked to tell a non-Catholic what a Mass is and answering “it is something similar to an event, or a show, or  gig“.
One understands why he still allows Homo Masses: Soho is part of Theatreland.

It goes on: “Blessed Sacrament”, “Holy Communion” have, as similar terms often used, “Bread, Wine”. This really makes one cringe. One wonders whether this is too stupid to be blasphemous or just plain blasphemous, but I doubt our heroes in Ecclestone Square will see any problem with that. It is just so inclusive, and hopefully the readers are not complete morons and can even understand what it is really meant.

If they do are complete morons, an email is provided.

It goes on, with “liturgist” as “performers, artists” and “sanctuary” as “stage”.

No private company would ever be run in such a way. Not even British Leyland, or British Steel. This is beyond parody. I seriously needed some time to realise this was not a joke.

This shop is full of utterly incompetent people completely oblivious of what Catholicism is, and only bent on making themselves agreeable to society.

As the fish always stinks from the head down, the prince of the incompetent is Archbishop Vincent Nichols, who would be sacked this very day if he weren’t allowed to abuse the patience of people much better than him and get away with every kind of show (similar terms often used by him: Mass, Liturgy).