← Fundamentals of Faith
The Koran, The Chavs and The Pastor →

The Erroneous Belief In Reincarnation, Part I 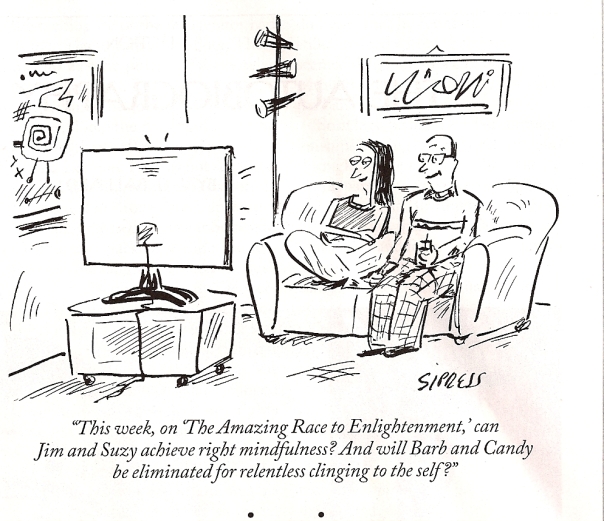 I am rather sure that it has happened to you too at some point: some friend or colleague or acquaintance of yours not only believes in reincarnation (perfectly possible, if he’s not a Christian), but sometimes even considers this compatible with Christianity; perhaps he even calls himself a Christian with utter conviction and in perfect good faith and will still say that he believes in reincarnation.

In such errors we must see another result of the disgraceful catechesis of these last decades; when such things happen I would invite you to be gracefully firm with the person in question and simply point out to the incompatibility of reincarnation with Christianity, and explain why. Sadly, though, we live in such times that new age infiltrations (or Buddhistic ones, or such like) are allowed to dilute the message of Christianity because no effort whatsoever is made by the Clergy to maintain the integrity of the Teaching. When the Archbishop of Westminster bows in front of an Hindu altar himself, how can you blame the generic (often lapsed; not always!) Christian for being confused themselves and for trying to reconcile apparent contradictions in a way that seems rational to them? When gatherings in Assisi-style take place and Buddhas are placed on Catholic altars, how can you blame laypeople for thinking they can “improve” on the received religious wisdom? This is when we, the orthodox and informed, come to the rescue.

First of all, let us agree some terms (which are used in various ways, and engender confusion) about what is meant with reincarnation. I have, up to now, met two families of thought that I will call: 1) metempsychosis and 2) reincarnation proper.

Metempsicosis is the idea that there is no individual soul, only a life energy. This life energy continuously reforms itself into new forms of actual life; but there is no continuity, no A dying and becoming B, then C and then D. You must imagine life force as a huge water reservoir, from which some water is taken when a human (or a dog, or an insect, or a tree) is born. When this form of life dies, the relevant life force comes back into the reservoir, mixing itself with the rest of the water; from this reservoir, some water will be taken away to create new trees, new insects, new humans etc. As there is no continuity of water (it is not the same molecules being used to create a new man after the death of the first, as the water mixes in the reservoir) there is no re-incarnation in the proper sense. No one is re-born, but rather a huge living force continuously takes new forms. This would explain why no one remembers former lives (there aren’t any, individually speaking) and why the same life energy of a man, once he is dead, comes into the great circle of life as, say, an insect. It is not that the man was re-born as an insect. Rather, the “water” of his life has been put into the big reservoir again, out of which further plants and  insects and human beings are going to be born.

There can be no place for a biblical God in all this. There is a huge life force, whose occupation is to live through all living things and continuously mixing this living energies into new forms. This has been explained to me in extremely clear terms from a buddhist acquaintance who also was, as you can imagine, as atheist as Stalin. “Ice-cold!”, I said to him. “Wonderful!”, he answered.  No merciful God, no hope of salvation in whatever form, no expectation of living as an individual. Instead, the participation in a huge machine continuously re-making itself, life as the vision of a huge living energy that lives in me, and will take other forms when I die; forms that are still expression of the same life, but not I in any recognisable form anymore.

Reincarnation proper is the idea that one starts life as a lowly life, say, an insect or an arachnids or even lower. Slowly, he evolves into higher forms of intelligence (say: cat, dog, horse) until he will finally be reincarnated as a human. The individual is always the same, taking new bodies. The higher he goes in the scala of intelligence, the more is he able to sin. When he becomes a human, he’ll start at the lower end of the scala (as a pariah, say) and then, in principle, gradually evolve. Unless he is a great sinner, in which case he’ll be punished with re-birth in a lower forms of human being: of a lower rank than his later reincarnation, or plagued by various troubles (say: sick; ugly; stupid; poor). The desire of God to see him evolve and come to Him fights with the creature’s inherent sinful tendencies a fight which goes on for possibly an immense number of incarnations, marked by “promotions” and “demotions”, until liberation is achieved and the soul is allowed to enter Heaven. In this conception, once one is born as a human he’ll always be born as a human (because when he is able to sin seriously, he must be able to pay serious consequences of his sin), but every life will bear the mark of the sins (or virtues) of preceding lives. Some will be born oh high caste, beautiful, witty and rich; other of low caste, ugly, dumb and poor, etc.

This conception is much more similar to the Christian one than metempsychosis and one understands why poor formed Christians (led to believe that Jesus just didn’t want to go into the matter, but this will be the subject of another entry)  may find it credible. In this conception, a compassionate God works on our salvation but punishes us for our sins; his infinite justice lets us pay everything, but his infinite love leads, in the end, everyone to his heavenly destination. In this conception, not only purgatory but also hell take place here on Earth and even the most atrocious life conditions and individual destinies are but the reflection of God’s justice, working in him at the same time as God’s mercy assures to him, as to everyone else, eventual salvation. At the same time, the apparent inequalities are resolved in a cosmic justice, where everyone has at any one time what (good or bad) he has himself worked for.

This hindu and new age belief is much nearer to Western thinking than metempsychosis and it has, one must admit, the appeal of trying to explain some aspects of the human condition allegedly not explained by Christianity: eg, why some people are born with apparently cruel disadvantages compared to others; why life is a bunch of inequalities; how one can reconcile infinite mercy and infinite justice, etc. If you hear someone saying “if there is a God, why the earthquake in Haiti?” (rather fashionable among Christians, nowadays), it is rather probable that at some point he’ll subscribe to some new age tenet.

Of this two theories (I do not doubt that there are a lot of variations, I’d say these two represent the situation rather well, though) the first bears no resemblance whatever to Christianity and can be discarded as not dangerous. The second, though, is the most dangerous to Christian orthodoxy, as the superficial Christian may easily be led into finding here “answers” to apparent contradictions of life and thinking this, in the new Assisi-world, perfectly OK.

← Fundamentals of Faith
The Koran, The Chavs and The Pastor →
Loading Comments...