← Yes, You Can! World Wide Outrage At A Christian Desecrating Mosque…..(?)
The Cartoon, The Newspaper And The Need To Be Serious →

The Doctrine of Wealth in six easy points. 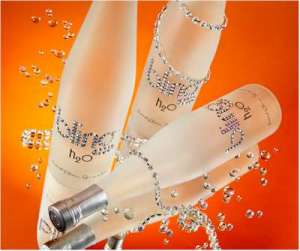 Shane at Lux Occulta has another booklet, called  The Labour Question and certainly worth the reading.

This insightful and very well balanced booklet is one of the best expositions I have ever read of the Catholic “doctrine of wealth”. Its importance lies in the fact that whilst its author is not immune from some populism, nevertheless the lessons to be learned are transmitted forcibly and eloquently. This is not what modern socialists and “socially minded” people would want it to be but alas, Church teaching never was – nor will it ever be – supportive of social envy and class warfare.

The booklet, probably written towards the end of the Victorian era (no year of publication) reads at the start like Dickens on a very bad day, tough we must make allowances for the times. Still, slowly a more equilibrated and realistic picture of modern societies (and of every Christian society of every age) appears and when the author moves on to the serious business, he does it admirably.

The first part of the booklet summarises the Catholic teaching on wealth. I will resume this doctrine as follows:

1) Wealth is not evil per se. Wealth must not be forcibly redistributed and it must not be taken away from the rich to be given to the poor. This is a harsh lesson for Labour Catholics I know, but it is really time that they learn it.

2) Wealth is potentially dangerous. Like sex and wine (and clearly wealth helps to get both) wealth can easily monopolise a person’s consciousness. It can gnaw at him, it can eat him alive. Satan will use wealth to try to carry the rich man’s soul with the same cunning with which he uses sex or passions of other sorts, like…. the envy of the rich. Jesus’ famously harsh words about the rich refer to this kind of person, to the person blinded by his own wealth to the point of making of it the focal point of his existence, the man who has chosen Mammon and forgotten humanity and Christian charity in the process. I’d dare a comparison with Whiskey. Delicious if properly enjoyed; but take heed…..

3) Wealth is to be used properly, and here the author introduces the well-known concept of stewardship. Stewardship means that a wise rich man doesn’t see himself as free to dispose of his wealth as he pleases, but as obliged to orderly employ its fruits as a wise steward (or today we would probably say: a prudent trustee) would do. He has a duty of care as to how he employs his wealth. He sees himself (like the trustee of a large fortune) as someone who has the duty of transmitting this wealth to the following generations. At the same time, he sees this wealth – whether inherited, or earned – as a God-given grace, meant to be used to further God’s work and in accordance to God’s plan.

4) Wealth is to be used charitably. The rich (actually: everyone, but particularly the rich) will be asked after death whether he has thought about clothing the naked, feeding the hungry, and so on. Notice here the complete reversal of perspective compared to the modern socialist mentality. It is the rich who has a duty to help, not the poor who has a right over the money of the rich. Latter is not Christian charity, but socialism and legalised expropriation. It also feed an entitlement mentality, which destroys charity and fear of the Lord.
If a woman is born particularly beautiful, she’ll be asked after death whether she has abused of her grace, or used them to secure affection and lead a chaste life. If a man is born particularly intelligent, he’ll be asked whether he has used this God-given grace to create better conditions for himself and the ones he loves, or to help the cause of righteousness and wisdom. If he was provided with a strong faith, he’ll be asked whether he has used this gift to instill faith in others and to protect and further Truth, etc. The rich will be asked according to the grace he has received, in the same ways as the others.

5) Wealth is to be used in moderation. Megalomaniac behaviour shows a fundamental lack of modesty and fear of the Lord. This is not to say that the rich should not enjoy his wealth, but that when extravagance comes in, very often the fear of the Lord goes out. If you think of Berlusconi with his artificial volcanoes (I kid you not), or of Elton John with his £10000 in flowers a month for his home you get the idea. Mind, all these things create work and the evil here is not in the florist earning himself stupid out of Elton John, but in the fundamental detachment from an elementary sense of decency which such behaviour clearly shows. Also note that the author repeatedly compares this behaviour with effeminacy and one understands how those tough, proud Victorians could build a huge Empire.

6) Wealth and poverty (and their unequal distribution) are part of God’s vast plan for the world. In the coexistence of wealth and need we can develop our feeling for charity, helpfulness and gratitude. The poor trains himself against envy, the rich trains himself against greed. The poor asks God for help, the rich ask God for humility and right understanding.  Different conditions are a bridge, a link between us and our neighbour, encouraging us to forget our little selves for a while in a sincere desire to see ourselves in the light of what we really are: God’s creatures with the same dignity whatever the graces assigned by God to us.

The same happens with beauty and intelligence and wit and all other graces, whose distribution among God’s creature is – whatever the world may say – extremely inequal.  Every socialist must grasp the elementary fact that this is not paradise and it is not meant to be. On the contrary, this is the place meant to prepare us for it! If we were all equally wealthy, beautiful, intelligent and witty, what preparation would this be? You don’t ask that beautiful women had their nose cut and their hair given to the ugly ones, either.

← Yes, You Can! World Wide Outrage At A Christian Desecrating Mosque…..(?)
The Cartoon, The Newspaper And The Need To Be Serious →
Loading Comments...