After The Storm: Lesser Evil And Double Effect 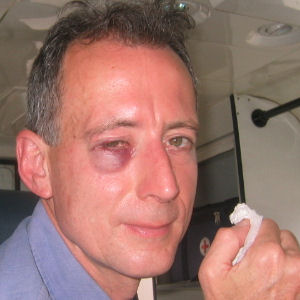 After the storm of the past days (promptly ceased after the secular press has discovered that they just got it wrong, but without giving the fact any relevance anywhere near to the screaming with which the “change in Church’s position” was announced) it might be good to say two words about lesser evil and double effect.

The idea of the “lesser evil” is the concept that if one evil is a given, than it is justified to act in a way that the evil is at least minimised. The concept is not a religious, but a political one. The examples are too numerous and too much of a day-to-day occurrence to bother giving them. Diplomacy is made of just that.

Christianity, though, doesn’t think in this way, because morals and politics operate on different planes. In morals, the question cannot be seen in terms of “if you must do evil, at least do the lesser evil”. The moral approach to evil can only be “don’t do evil”. As I have said yesterday, evil will at times be tolerated, but this doesn’t mean that the evil is justified or endorsed in any way.

Catholicism doesn’t know any “lesser evil” doctrine. When Christianity says that you shouldn’t kill, it means exactly this. Discussions about the endorsed way to kill a man are not part of Catholic moral teaching. To use Ronald Reagan’s immortal words: it is not about explaining how to do it, it is about explaining not to do it*.

Catholicism does know, however, the doctrine of the double effect, that I have briefly mentioned yesterday. I suggest that you make yourself acquainted with it, because in the next months or years you’re going to be unnerved by those “Christians by hearsay” who want to teach you about Catholicism and inform you that you are out of date because “The Pope has changed his teaching about condoms”. I feel my adrenaline level rising already.

You can find a nice (and beautifully short) explanation here. When you have read it, you’ll see that this is much different from the case where evil is chosen in the first place and you are dealing with the modalities of the evil. There are no justified modalities of committing evil (I mean here excluding the unavoidable evil coming from the double effect), because the evil act is not justified in the first place.

Let us elaborate on yesterday’s example of the mexican gang member. The Church can’t possibly say “where a Mexican gang member really wants to execute a member of a rival gang, it is justified to kill him with a pistol shot rather than raping and torturing him savagely before finishing him”. This can’t be said because the murdering of the man is not justified. Still, it is undeniable that the torture and rape of the man are further evil acts compared to the murder seen in isolation. Therefore, if the Mexican gang member decides to at least have some respect for the humanity of the rival and murder him with a shot in the head without first raping and torturing him, this “can be a first step in the direction of a moralization, a first assumption of responsibility, on the way toward recovering an awareness that not everything is allowed and that one cannot do whatever one wants”.

In this case, not even the BBC would say that the Pope has “endorsed in limited cases the shooting in the head”. The teaching is exactly the same and neither torture nor murder are endorsed. Only, it is very rare that redemption simply explodes within a man’s consciousness; rather, there will be in most cases a progressive process of awakening. The male prostitute will, possibly, start using a condom, thus avoiding adding a potential massacre to the sodomy.

Why, then, all the mess? Because the matter of double effect and lesser evil cannot be simply implied by quoting a couple of sentences in a book without causing a great stir in people accustomed to a more brutal and simplified (particularly if journalists) way of thinking. It might be that the book in his entirety is such that no wrong impression is caused, but there can be no doubt that if you mention homos and condoms after the interviewer has asked whether the Church is, then, “not opposed in principle to the use of condoms” you are clearly looking for trouble.

What I am angry at the press for is not that the statement might have misled them, but that:

1) they don’t bother to ask the Vatican first, and
2) no one seems to notice that Catholic moral teaching just doesn’t change.

I mean, if a Muslim tells me that he has heard that the Pope has changed the Church’s position about condoms I can still understand the poor chap. Less so if he is a Catholic (of sort). Much less so if he is a journalist. But if they are Catholic journalists, then we are really in a bad shape.

*A short prayer for the Gipper is in order here, I think…