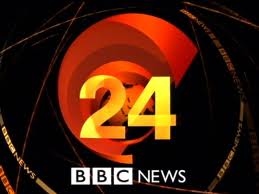 The Charge of the Fake Compassionate

As we all know, heterodoxy lurks from all corners. We find it among bishops (look at the United Kingdom, and seek no further); among priests (the last “strange” homily was from that Jesuit from Wimbledon saying on the lines of “hell is a way of saying that we shouldn’t shortchange ourselves with second class choices”); we find it among politicians a’ la Nancy Pelosi and – obviously – we find it among journalists a’ la BBC.

Now how would a progressive, heterodox journalist describe the notorious excerpt? “A change in Church teaching” would be a way; a “softening” would be another; a third one might be a show of “compassion”. Let us see why this is wrong.

1) Church Teaching doesn’t change. Circumstances are always changing, but moral categories never change. We live and die in a world confronting us with exactly the same moral choices of St. Thomas Aquinas’ time. If this wasn’t the case, we’d need a new Gospel and a new Christ. We need no new Gospel and no new Christ; the Truth has been transmitted to us and it is valid for all times and for all (ever changing) circumstances.

Right is right even if no one is right and wrong is wrong even if everyone is wrong. There is no way on the planet the use of a condom should be considered any differently in 2010 than in Humanae Vitae’s time (sodomy had already been invented; sexually transmitted diseases too) or, come to that, in Romans’ times. We are dealing with moral categories here, not with technological advancements.

2) The one with the “softening” is also funny. It implies that the Church’s teaching about the use of condom is, well, wrong somehow. That it should be “improved”. Poor little sodomites, to whom the Church, which tells them not to commit sodomy in the first place, also makes it impossible to enjoy sodomy in the proper way…..how cruel is that! Don’t ya feel for them, mate? Such a thinking can earn one some kudos in a homo bar or in a BBC studio, but is certainly not Christian. The Church says hard words when she is confronted with harsh situations, with hardened sinners, with abominations, with serious danger to one’s soul. Not only is this the charitable thing to do, but it is the most practical advice. Condoms will never eliminate the risk of infection, chastity will. Condoms will never be conducive to eternal salvation, chastity will. There’ s nothing hard in telling the truth, and nothing to be softened. Truth will make you free and will, possibly, lead you to a long and healthy life instead of a painful agony of spiritual and physical self-destruction.

Really. What has become of us. 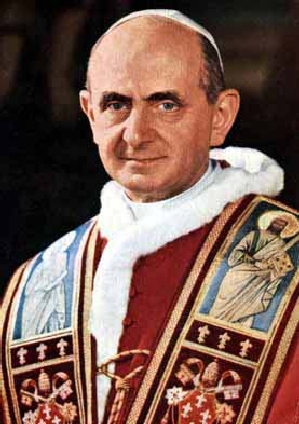 Integrity and courage in matter of contraception: Paul VI

We are now informed of the following statement from our beloved Lombardi:

I personally asked the pope if there was a serious, important problem in the choice of the masculine over the feminine,” Lombardi said. “He told me no.. The problem is this … It’s the first step of taking responsibility, of taking into consideration the risk of the life of another with whom you have a relationship.

This is if you’re a woman, a man, or a transsexual. We’re at the same point, Lombardi said…

Now from this we learn as follows:

1) What here is all about is: the taking of responsibility towards human life. A chap went around totally not caring whether he would kill himself and many others in the process, but in what might be the first step towards taking responsibility he continues to do what is evil, but at least avoids killing an undetermined number of people.

3) What the Pope (or Lombardi, come to that) still hasn’t said is:

a) that the use of condom is endorsed or justified in any way;

b) that there is a general principle by which the Church says that whenever you are going to put someone in danger, you may use a condom;

c) that Church teaching has been modified in any way.

I am, therefore, at a loss to understand the following:

1) why the fact that the example would apply also to a female prostitute should change anything of what the Pope wanted to say.

2) On which ground this new distinction should be seen as “compassionate” toward the person using the condom. The Church is still saying that the sinner has not to sin. This is compassionate!

Let us make no mistake here: the Church is still saying to the homosexual what She has been saying from the start: repent, and sin no more. To say anything else like: “use a condom, because now I am compassionate” would be to become accessory of the sodomite’s sin.

That as a matter of fact the prostitute sodomite in question might start using condoms as a consequence of a first awakening to the value of human life doesn’t make his use of condom justified. Not in the least. Sodomy is not justified and the Church doesn’t suggest “justified” or “endorsed” ways to deal with what is not justified.

P.s. the continued discussion only enlightens how inappropriate the example was.

Mottos soon to be changed in "cool, mate" and "have fun"

I have already written here about the strange tendencies now seemingly dominating within the Osservatore Romano with the less than opportune observations about the Blues Brothers (not so bad), Homer Simpson being a Catholic (much worse) and similar failed attempts at being modern, humorous and “hip”. Those who have read Iota Unum already know that the Osservatore is not new to making a mess of things, but the recent trend seems to have the new quality of wanting to make a mess of things.

It would now seem – from the blog “In the Light of the Law” – that the Osservatore Romano has made another wilful and premeditated blunder in that it has published the excerpt of the book on his own, in violation of an agreement among various media outlet to launch the book on the same day all over the world and providing not only the excerpt but a number of people ready to comment about the same.

Now, the author of the blog I have linked to maintains that the mess has basically originated from the Osservatore Romano publishing the excerpt without any commentary. I disagree on this as if the wording had been better in the first place, no media storm would have resulted. Still, it is clear that if the excerpt had been published on the same day as several commentaries (hopefully, from people who know what they write) about what the themes of the book are (and with some guidance as to some aspects of catholic teaching which might be obscure to many) the possibility of misunderstanding would have been greatly reduced and the anti-Catholic press wouldn’t have had a field day.

If what reported in the blog is true, it would appear that the teenager-like cheek of the OR is worsening to a full fifteen-years-old open rebellion phase. Someone at the OR loves being a protagonist much, much more than he should. This would not be appropriate for any newspaper, but is particularly grave in the case of this one.

I have the impression that I am not the only one wishing that normal service may be resumed as soon as possible.