← Taking Up The Cross, Part I
The Seven Sorrows Of Mary →

Taking up the Cross, Part II 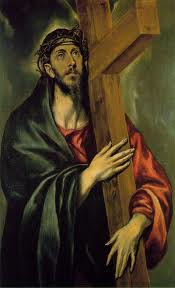 The truth (very well-known to Padre Pio, to Saint Therese and to countless others) is that Christ did not make Christianity easy and plainly said so. He made very clear that we, redeemed by His cross at the price of suffering, shame and death must be ready, whenever asked, to pay whatever suffering, shame and death He in His wisdom will want to allot to us. We are saved by His Cross, but on the condition of being willing to carry, whenever asked, the cross that He will pose on our shoulder. He took the Cross first, we take it from Him in the measure inscrutably chosen by Him. He loved us carrying the Cross, we love Him by carrying His cross in the measure requested from us. Our love for the Lord is not only in enjoying His gifts, but also in sharing His sufferance. We can’t take the pleasant part and just pretend that the unpleasant one will disappear or that it has never existed. If you love, you suffer with the beloved. No amount of self-delusion will take the chalice – lovingly prepared for us, so that we may lovingly share His sufferance – away from us.

Jesus said: “If any man will follow me, let him deny himself, and take up his cross, and follow me”. He didn’t say “If any man will follow me, let him express whatever wish he has and believe in it and I will invariably deliver his wildest dreams”. And what he said, he said publicly, emphatically directing his attention to the general public around him. This is clearly a public warning that even with Redemption paid for us and Salvation in our reach, it won’t be a walk in the park just because we wish it.

This was, once, common Catholic knowledge. The suffering of saintly lives was stressed and honoured. Suffering was constantly remembered in daily prayers (“…. to thee do we send our sighs, mourning and weeping in this vale of tears”); the Passion was known to every faithful, literate or not, in minute details through the Stations of the Cross; the Seven Sorrows of Mary had the clear aim of uniting ourselves with Mary’s and Christ’s suffering, and so on. In a word, the reality of suffering was not just wished away and subsequently ignored, but was embraced as a way to grow, and an extremely efficient one at that. Not much of this has remained today. Today, you go to a Mass with a liberal priest and he is even ashamed to remind his audience that yes, they’ll have to give back the spoon one day.

It is better to say the one or other charitable word to the people around us who might happen to regurgitate erroneous concepts, than to have them utterly crushed when the test, invariably, arrives.

← Taking Up The Cross, Part I
The Seven Sorrows Of Mary →