Why Cameron Is Worse Than Berlusconi 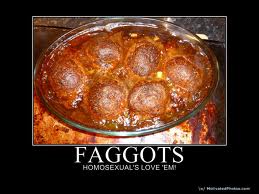 Now served to little children, courtesy of the PM.

If anyone had any doubt about the war on Christian values waged by a Prime Minister who dares to call himself “Conservative” and by his government, one doesn’t need to look further than here to understand the scale of the fraud perpetrated by Cameron & Co. against the solid Britons, those who still have values.

A country whose average citizen shows a level of ignorance of basic spelling skills that in most foreign countries would be considered bordering on illiteracy* finds it fitting to pervert its own children from kindergarten age. A country whose head of Government has the temerity of calling himself “conservative” embarks the country’s school system in a “celebration of perversion” meant at making the unacceptable openly approved or – as it is fashionable to say today – “celebrated”.

This government betrays the many millions of families who ask from it to at least not make their life more difficult in raising their children in the proper way. This governments sets to openly sabotage them and the values they share. There is absolutely nothing in the work of the government that could be even vaguely defined Christian anymore.

Not only we have to live with an openly atheist deputy PM, for whom the idea that the mother is the spouse best fitted to raise a baby is “Edwardian” (he means it in a derogatory way, of course), but we have to witness a Prime Minister that with one face says that he wants to protect family values and with another of his many faces says that two homosexuals are a family….. I can’t wait for the day when Cameron calls “a family” the marriage of his son with his dog and declares it wonderful news that makes him – as it is now also fashionable to say – “proud”.

If these abominations came from the reds, who are ideologically oriented toward the destruction of everything that is good and sacred, I would be very angry but I would understand the perverse logic of the events. But when those meant to protect the fabric of the country set to destroy it in such a way, even exploiting little children in pure Goebbels manner to further their rotten ideological agenda (Clegg) or their prostitution to fashionable trends (Cameron), this is really beyond comprehension.

The Conservative party has become the hostage of a totally value-free marketing man, of a moral vacuum with a posh accent who could sell his mother to whoredom wihout blinking an eye and call this “conservative”, and of an ideological fraudster of the worst kind.

God knows how much I hate Berlusconi, how much I am ashamed of the indecent spectacle he gives of himself and of the way he damages the institutions and the Country’s reputation (if any) abroad. But give me ten thousand times one who is intemperate in private and protects Christian values in his government work than a fake, despicable, slimy, oily, anti-Christian buffoon like Cameron.

* see the caption of the photo above; just one of too many examples.

Comments Off on Why Cameron Is Worse Than Berlusconi