← Of Homos, Dwarfs And Christians
Oliver And Hardy, The English Way. →

The Enemy In Our Midst 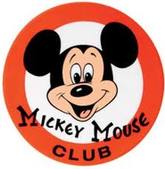 Logo of the Association Of Catholic Priests, Ireland

From the Catholic Herald, a rather shocking example of how much is still to be repaired within the damaged body of the Only Church. The more shocking, because it comes from a country which by all its problems is still considered at the forefront of the Catholic world and where, for example, the majority of the population still approves the ban on abortion.

It would appear that almost ten percent of the Irish clergy is not only opposed to the introduction of the improved translation of the Mass – which would be bad news in itself, but one would be able to dismiss it as the result of mediocre lirutgical formation -, but that the arguments they bring against the new translation are so ideologically biased, so obviously un-Catholic as to let one fear for the sheep who have to attend Mass every week with these wolves in sheeps’ clothes.

I never thought I’d see the day when not one, but hundreds of clergy consider a translation from the Latin sexist. This is the kind of verbal flak you expect from the BBC, from a fashionable unrepentant pervert a’ la Stephen fry, or from a die-hard (but hey: dying they are) feminist group.

The arguments of these people sound to me as if I’d asked a left-wing Italian teacher to celebrate Mass. Still, I dare to say that the criticism moved by many of such left-wing teachers would not go as far as to express a “grave concern” because the new translation “demonstrates a lack of awareness of the insights gained from linguistics and anthropology during the past 100 years”.

What these bad shepherds say is that the translation from the Latin is wrong, because the old liturgy is naturally politically incorrect and we can’t talk that way anymore. But we are talking about liturgy here, not about stupid linguistical conventions for afternoon teas. We are dealing with the Truth and its proper expression here, not about politically correct linguistic usages. We are dealing with the way the Church has, for countless generations, deemed fit to express what is most central in Her entire existence, nay, what alone justifies Her existence in the first place!

These priests simply think they can re-write Truth, because Truth doesn’t conform to their anthropological views anymore. This is not even biased dissent but, in its essence, Modernism.

It gets – if possible – worse than this. Obscure threats of…(what, really?) are also made, “chaos” painted on the wall, open revolt hinted at. A chap called Father Gerard Alwill expresses himself in this way:

We are saying very clearly that this new translation of the Missal is not acceptable… We are deeply concerned that if these new texts are imposed, they could create chaos in our church. Our Church doesn’t need chaos at this time.

The new translation is not acceptable to you, Father Gerard? Well don’t accept it! Ask to be defrocked! Get out!

This is not the Anglican so-called church, where every Dick and Harry can decide what is “acceptable” to him. Particularly so, when we are talking of words as they have always been, liturgy as it has always been intended. These people think that the Church should follow their own “anthropological views”! And they call themselves Catholic priests! Astonishing!

That with the “chaos” is also funny. The good chap seems to dream of a schism, or of some great revolt. “PC Priests Against Chauvinist Liturgy”. Where’s the rainbow flag……

Again, it is staggering how little these people know (or pretend to know) the Church. This is Anglican talk and Anglican thinking and frankly, Anglicanism is the right place for these sorry excuses of Catholic priests.