How Not To Deal With Fake Catholics 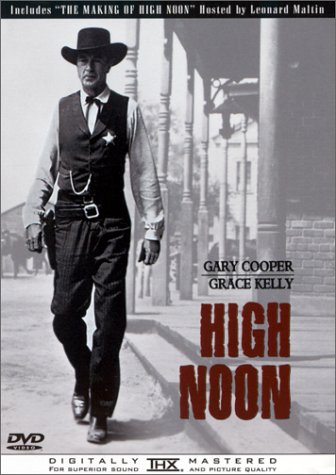 Not a US Bishop

One of the latter has been divulged in the last days: a booklet from a self-professing “Catholic” group seriously (I think; ready to stand corrected) maintaining that a “full Catholic” position on certain marriage can be different from the one doctrinally prescribed by the Church. You couldn’t make it up, could you now?

In this matter, the “heretic but still fully Catholic” chaps and chapettes have decided for the righteousness of “marriage equality”. This, mind, doesn’t mean anything concerning the position or the dignity of husband and wife within the marriage (as I had, very stupidly and in my innocence, initially believed), but it is basically meant to mean that marriages between man and man, or between woman and woman, are “fully Catholic”. I don’t think it squares with the English language, but there you are; I suppose that everyone must throw in some “equality” nowadays as it lets one feel oh so good.

Wrong. They have “emphasised” (ok: they actually “emphasized”) that the beastly booklet is “not in conformity” with Catholic teaching and have invited those responsible for the publication to not identify themselves as “Catholic”.

This reaction is typical of the half-diplomatic, half-cowardly approach of so many bishops everywhere in the West. They see HERESY written all over the place and they limit themselves to some polite remark, putting some dots on the “i” and hoping not to upset anyone.

Do you want evidence of ths? This group is clearly identifiable with a religious sister and a priest (I won’t do them the favour of mentioning them; well, no really, I can’t be bothered to cut and paste their names) and the US ecclesiastical authorities have needed several years of pro-homo madness (seven, to be precise)  of the two before barring them from working for the Archdiocese of Washington as they were happily doing. When the two stopped working for the archdiocese but continued their evil work, the vatican needed another (get this) fifteen years before barring the two from any work with homosexuals. What has become of this ban is not entirely clear to me as it is obvious that the two – pastoral work or no pastoral work – continue to try to influence as many homosexuals as they can.

We are now informed that “serious questions” have been raised about the adherence of this bunch of nutcases to catholic teaching, thirty-three years after the group was founded.
Serious questions? You don’t say!

Notice here that Fr whatshisname and sister couldntcareless are still – at least from what transpires from the CNA article – in possession of their respective religious dress.

Comments Off on How Not To Deal With Fake Catholics

See here a very optimistic Michael Voris about the soon to be released Instruction regarding Summorum Pontificum, about which much has been written on these pages.

Voris’ message is that his sources indicate two powerful measures in favour of the scope of Summorum Pontificum:

1) the instruction that one part of the seminarians (in every seminary, I assume) is to be instructed in the celebration of the Tridentine, and
2) words aiming at appealing to the bishops to stop boycotting Summorum Pontificum.

Whilst this sounds good at first sight, i can’t avoid posing myself the following questions:

Voris doesn’t say anything on this. One hopes that the outcry has been the end of those provisions. They were most certainly there as confirmed even by those who disputed their devastating influence on the edifice of Summorum Pontificum. But it goes on:

3) Why should the rectors of the seminaries take heed of what Pope Benedict says, perhaps giving some lips service if they really can’t avoid it, and
4) why should the bishops stops ignoring the Pope’s wishes now, when ignoring him is exactly what they have been doing all these years, unpunished.

At the root of the problems are not the bishops – whose allergy to proper Catholicism was always obvious – but Pope Benedict himself, who doesn’t do anything concrete to care that his “reform of the reform” is not only proclaimed, but seriously put to work. What we have, on the contrary, noticed is that those very same bishops who drag their feet and undermine his work are not only not punished, but are often promoted. There is nothing in Pope Benedict’s work that says that he doesn’t want to be only an innovator, but an enforcer of his own innovations.

On the other hand, the day Pope Benedict decides to force his bishops to acquiescence – I doubt it very much, but would be extremely happy to be contradicted by facts – he will not need any new documents, the removal of a dozen of the hardest cases being a rather more effective and immediate mean to this end.

As it is today, the impression is that Pope Benedict is happy to be the one who paves the way for a recovery of traditional Catholicism, without being the one who actually takes care that this recovery also happens in the lives of Catholics the world over. He probably thinks that this gradualisms will – as the Italians would say – save the goat of the “reform of the reform” together with the cabbages of the internal peace.

We will see. For the moment, I allow myself not to share Voris’ optimism both on the content of the Instruction, and on its ultimate application.

I have already written about Stanford Nutting in the past (try here and here).

This time, we have an added fun factor as our Mr. Nutting debates against… GK Chesterton, who at least to these foreign ears has been even provided with an admirable, very posh English accent.

Enjoy this short video and let us hope that others, hopefully on the GK theme, will follow. 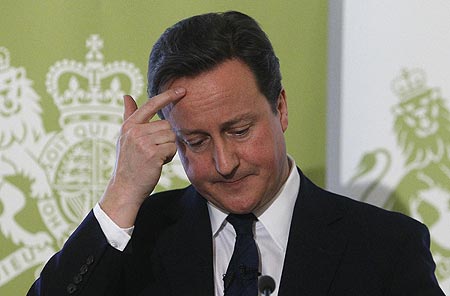 The PM is seen here tapping his forehead to see whether there's a brain inside.

Citizenship must be considered today within the context of globalization, which is characterized, among other things, by large migration flows. Faced with this reality, as I mentioned above, it is necessary to combine solidarity and respect for the law, lest they upset social life, and the principles of law and cultural and even religious tradition which formed the Italian nation must be taken into account.

The speaker is clearly saying: immigration must be allowed to happen in conformity of the religious traditions of the land. Read it again if you don’t believe it, it is unmistakable.

You will now ask me who is the author of such oh so intolerant, racist, non-inclusive (actually, positively excluding), discriminating words.

Nick Griffin, the BNP chef? Nigel Farage, the UKIP leader? Or perhaps someone from the newly constituted but rapidly expanding English Defence League?

You have lost, dear reader. The author of these words is a fellow called Pope Benedict XVI.

I can hardly imagine the scandalised reaction of our modern, inclusive, pro-everyone-and-everything, moral vacuum politicians a’ la David Cameron (our Prime Minister, now openly against Christianity) had the above mentioned statement come, verbatim, from any one of the chaps already mentioned; the outrage of the champagne sipping liberals and the cries of the professionally persecuted. But this comes from the Pope and it will be a little more difficult to attack him frontally, particularly after the success of his visit has shown that Catholicism is better ignored and undermined quietly (the bishops will take care that there is no reaction) than attacked openly.

True, the Pope was speaking to the Italian mayors, in a country that is far away from venerating every form of multiculturalism and whose open-heartedness to newcomers has always been within the frame of a clear expectation that they adapt to our customs. His job was, so to speak, easier there than it would be here. Still, it is good to notice that what in England is considered racist and non-inclusive is considered rather standard fare in Italy, and mentioned without any qualm by a Pope.

This gives you the exact measure of the PC-madness currently infesting Britain.