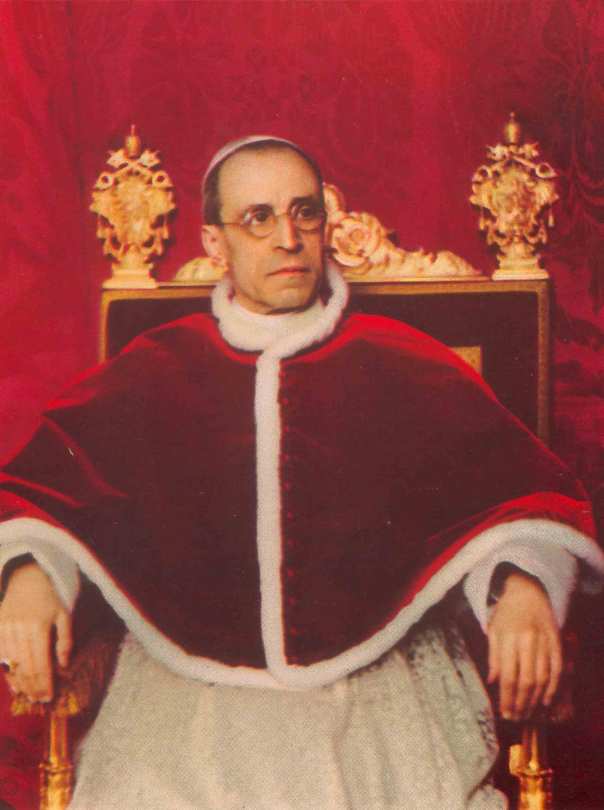 Browsing the net, I have found that this rather impressive news had already been published by the Corriere della Sera last November. The link is not accessible without logging in, therefore I will link to this for those of you blessed with a knowledge of the most useless, but most beautiful language on the planet.

The information is very clear and rather complete, and it is improbable that the Corriere della Sera would risk a blunder on such a matter. It would therefore appear that the prayer has been written by don Nicola Bux, an advisor of the CDF, and that it has already obtained the imprimatur from Cardinal Bagnasco, the head of the italian Bishop’s Conference.

It also transpires from the article ( I didn’t know it) that Rai Uno has broadcast a TV series about the life of Pius XII, obviously criticised by the professional holocaust-whinos among those of the Jewish persuasions. Being Rai Uno rather conservative, still clearly Catholic and with the best links with the Vatican, it seems clear to me that the work was meant to “prepare” the Italians to a beatification that it is now difficult not to consider probable in the next few years. In addition, it seems even more difficult to believe that all preparatory work would be made without at least a “safe” miracle, whose existence has been wildly rumoured but never confirmed.

I do hope that Pope Benedict will find the courage to proceed with the beatification of this great, great Pope, choosing – as he must in this case – to weather the storm caused by the liberal, the ignorant and some of the above-mentioned “older brothers and sisters”. A political decision, of course, by which the Holy Father will have to weight the positive and – if any 😉 – negative effects.

May I remind you on this occasion that, on the day of Pope Pacelli’s death, the great saint Padre Pio had a beatific vision of the Pope in paradise, surrounded by angels, which went on for hours. Padre Pio himself never made a mystery of such an occurrence and for the rest of his life showed the utmost certainty about the holy Pope being in Paradise. It goes without saying that the devout followers of Padre Pio – yours truly among them – will, due to the extraordinary power and duration of this vision, find it difficult not to be as persuaded about Pope Pius XII’s immediate access to Paradise as the great Saint himself was.

Let us hope and pray. It seemed clear to me, though, that it is now only a matter of “when”, not “if”.