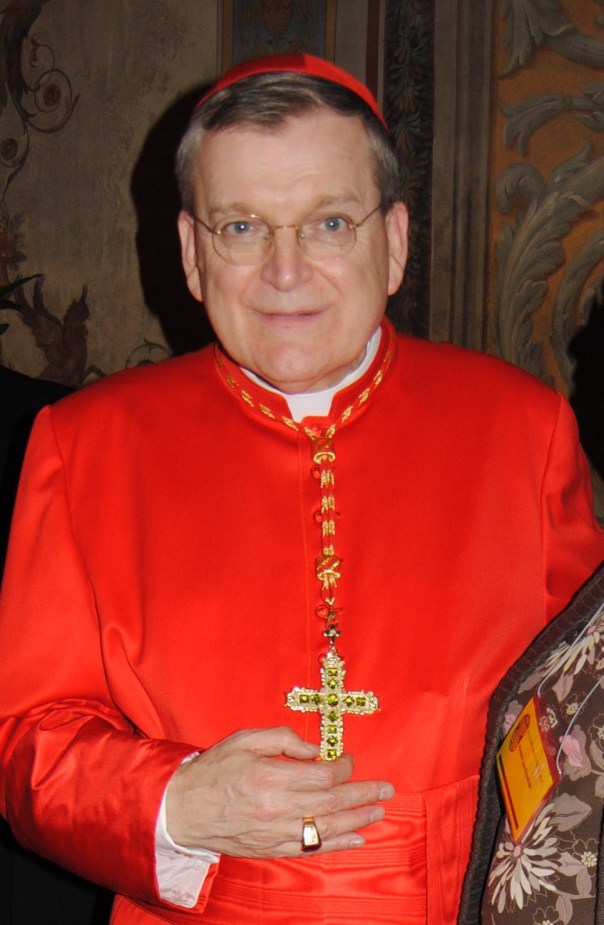 You can't see them, but the teeth are there: Cardinal Burke.

Cardinal Burke has given an interview to the French magazine La Nef (source: Rorate Caeli). In it, the Cardinal rather vigorously defends Summorum Pontificum, declares that the Tridentine has been of great inspiration to him personally and, in general, leaves not many excuses to the enemies of Summorum Pontificum.

You can see an example of his rather direct style in this statement (emphases mine):

To those who claim not to understand the intentions of Summorum Pontificum, I suggest a re-reading of the Letter to the Bishops, written by our Holy Father when it was promulgated, as well as the numerous writings of the Holy Father on sacred liturgy, published before and after his election to the Chair of Peter.

Note the expression “claim” not to understand, followed by the encouragement to, well, just do one’s homework. The reference to the “numerous writings” also makes clear enough that the boycott of Summorum Pontificum can only be attributed to the bad faith of its enemies.

This would be, methinks, a very fitting Pope.

The only element that personally leaves me a bit perplexed is his statement (we do not know whether sincerely felt, or due to reasons of diplomatic expediency) that V II had good intentions, but these intentions have been “betrayed” successively.

How can this be, one asks, when it is crystal clear that this betrayal has been so widely spread, and looked at in the perfect inaction by the same bishops who were at the Council? Has there a nuclear war or a genocide intervened, so that the bishops presiding over the horrible post-conciliar years were different ones than the oh so well-intentioned ones giving us the V II masterworks in circiterism and double entendre? Thought not….

Should Cardinal Burke become our next Pontiff, I hope that he will, profiting from a degree of liberty he cannot enjoy now – start the work of demolition of the mentality that gave us V II in the first place without sparing the holy cow of the “good intentions”, a tale whose utter falseness has been abundantly proved by the facts of the post-conciliar years.

V II was merely a pastoral council. It is now – after the great drunkenness of the Sixties and Seventies – abundantly clear that it was inspired, informed and executed in the worst pastoral spirit one can imagine. V II can be put in the garbage can in its entirety without any doctrinal compromise with the doctrinal Truth of the Church.

The sooner, the better.