An Experiment That Failed

From the reader “Knight of Malta” on Rorate Caeli. Too beautiful to ignore… 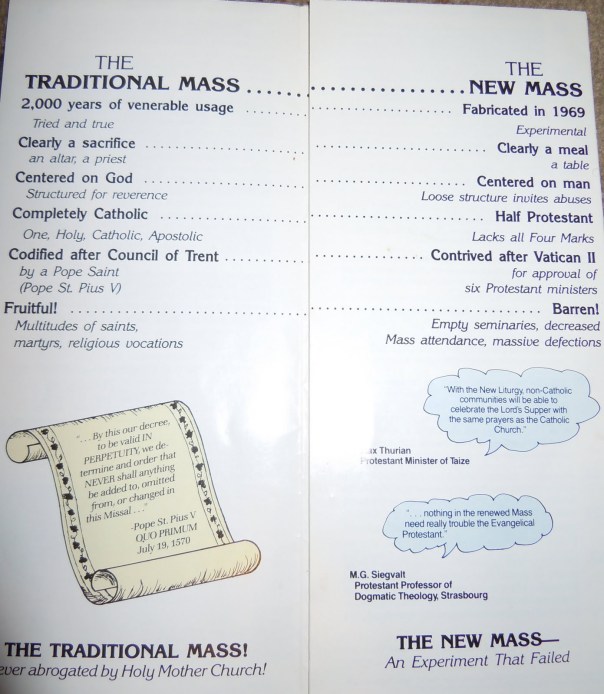 Comments Off on An Experiment That Failed

No Altar Girls For Tridentine Mass 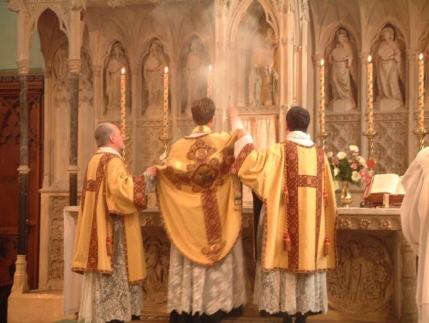 At the moment of going to …. sleep, this news reaches me from Father Z’s blog. As it pertains to an important news (and very dangerous development) possibly in the making here in England regarding the Tridentine Mass, this is very pertinent.

As you can read here, the Latin Mass Society mentions an article from the New Liturgical Movement published last August. This is a commentary on Summorum Pontificum from a German canon lawyer, Mr. Weishaupt (incidentally: “wise head” in German….) carrying a preface from cardinal Burke himself. The commentary is, therefore, endorsed by official Vatican authority.

On the matter of the altar girls, the commentary states that (emphases mine):

The first principle requires that liturgical norms, which were in force in 1962, are to be diligently observed for the celebration of the Extraordinary Form of the Roman Rite, for these norms protect the integrity of the Roman rite as contained in the Missal of Blessed John XXIII. The second principle states that the subsequent liturgical discipline is only to be introduced in the Extraordinary Form, if this discipline affects a right of the faithful, which follows directly from the sacrament of baptism and serves the eternal salvation of their souls.

The application of these two principles to the cases mentioned leads to the conclusion that neither the service at the altar by persons of the female sex nor the exercise of the lay ministries of lector or extraordinary minister of Holy Communion belong to the basic rights of the baptized. Therefore, these recent developments, out of respect for the integrity of the liturgical discipline as contained in the Missale Romanum of 1962, are not to be introduced into the Extraordinary Form of the Roman rite.

This is clear enough, very well argued and, as already said, already provided with Cardinal Burke’s seal of approval. It is simply unthinkable that Cardinal Burke would have even thought of endorsing the work, if in disagreement with such basic applications as this.

Everything as in the good old times, and no contamination with suspicious practices, or with practices having their origins in liturgical abuses successively tolerated like the said altar girls.

This should ensure that the old ladies of the feminist persuasion steer well clear of the Tridentine Mass.

Comments Off on No Altar Girls For Tridentine Mass