Catholicism Without Compromise: The Norbertines Of St. Michael’s Abbey, CA

I have written only some days ago about the shame some orders, like the Jesuits, are bringing on themselves and how this will – unless they change their tune, which seems improbable – lead to their well-deserved extinction. Stil, it is not all bad and it is fitting and encouraging to report about those who are making a very good job, even if they do not make national headlines with some hallucinated interview about not praying in the name of Christ.

The video above is from St. Michael’s Abbey, a Norbertine abbey in Orange County, Southern California. When I browsed around their internet presence, I thought I was transported into another era. Whilst every Norbertine Abbey has its own degree of authonomy – as is, I think, the case for many religious orders – these people truly take it seriously. Look at their liturgy, with all canonical hours of the office sung every day by every one, priest or seminarian. This is three hours of chant a day, more on feast days. Vocations are dealt with in detail, and already from the video you can see that this is a community that doesn’t have any vocation problem. If you don’t believe the video, look at the confreres portraits and see for yourself.

The blunt request for “at least average intelligence” to be accepted as seminarian is delightfully politically incorrect; the other rather blunt affirmation, that “those who suffer from chronic illnesses or who are handicapped cannot enter the priesthood” is another example that these people tell it very straight (“handicapped”? I haven’t heard the word in decades. How do they dare?!).

They also have a preparatory school and in this case too, you feel transported into another era: compulsory religious education, mass every day before breakfast, mandatory night prayers after dinner. Ranking is, unsurprisingly, very high. I wouldn’t be surprised if sincere vocations among the pupils were high, too.

It seems to me particularly relevant that this abbey is in Southern California, a region generally not known for religious conservatism, and I also found interesting that it was first founded by refugees from communist Hungary. How the Holy Spirit never ceases to create good out of evil!

Whilst the attention to gregorian chant seems extreme, it is not clear (to me at least) whether the mass is a Novus Ordo or a Tridentine; as to the attendance, their wikipedia site seems to indicate that their Mass is open to the public and the fact that they schedule Mass at 11am on a sunday instead of the usual 7am would seem to corroborate the fact.

They also run a couple of parish churches, and seem to offer the Tridentine Mass too.

If someone of those parts reads this blog, I’d be glad to read about their experience. After the tragic news reaching us from the Netherlands, it is good to know that not too far away from the world capital of liberal atheist propaganda, a community of brave friars gives a wonderful example of monastic life.

“What Would Jesus Cut”: Catholicism vs Welfare State 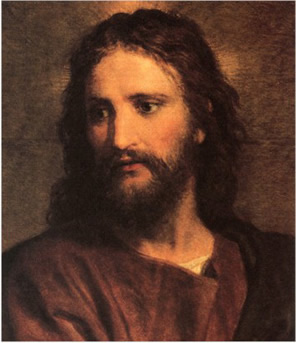 Mr. Crow exposes in just a few lines the falseness and hypocrisy of Socialism (in one of his milder forms) masked as Catholicism. The socialist attitude betrays the mistrust in human charity, and the belief in the inherent evil of human nature, that is so typical of the ideology. The socialist believes that if it wasn’t for the public hand, people would starve on the streets. How very unchristian.

I have written about the matter in the past, but I am far away from possessing the admirable conciseness of Mr Crowe.

The rhetorical question is : “what anti-poverty programs would Jesus cut?” Now, you could read a 1000-words answer from me to this extremely cretinous statement or, more practically, you can read this:

one potential serious answer would be, “Well, none. Jesus wouldn’t cut a single program.” The rest of that answer is, “but, of course, Jesus didn’t advocate for the government dole in the first place; He advocated for mutual support born of charity.”

Charity isn’t charity if the money used to help the poor is taken against the will of the one who has the money originally. Even for programs that no one has a problem with at all, the money is still taken by the government through statutory taxation, i.e., coercively.

The parable of the Good Samaritan didn’t end with Medicare picking up the tab.

The multiplication of the loaves and fishes wasn’t a call for food stamps.

The healing of the paralytic lowered through the roof wasn’t followed by an impassioned plea for government-run healthcare.

Note that Mr Crowe makes very clear that this doesn’t mean that solidarity has no place in the life of a Catholic. In fact, the exact contrary is the case!

To make it even clearer, the author of this beautiful blog post concludes with these words:

I suggest that rather than ask ridiculous loaded questions, the people at Catholics United seek ways Catholics can unite in true charity to pick up the slack when the dole is cut (as it *must* be) to help those who may need to find alternate ways of financing needed health care.

It isn’t unchristian at all to believe that the private initiative can do pretty much everything more efficiently than the public hand. It is, on the contrary, very Christian to believe that charity must come from – as the word itself says – charity rather than from expropriation. Expropriation creates an entitlement mentality and fosters resentment among both the expropriated “has” and the demanding “has not”; charity creates a bond between them instead.

It goes without saying that private initiative also has inherent advantages of slim and efficient organisation the public hand will never have. If you were called to pick up the bill for the people in need of your small city, be assured that there would be no superfluous layers of administration, no suffocating bureaucracy, no countless committees and regulation against every perceived discrimination, and the like. In the end, by same expense there would be not one ounce less of help; more probably there would be better help, at lesser cost, and given out of love.

Socialism is nothing to do with Christian solidarity. Christians have been admirably helpful to each other from the beginning, with no need of socialism whatsoever. The entire construct of solidarity by way of forced expropriation is a fraud; an expensive one, and a very unchristian one.

Comments Off on “What Would Jesus Cut”: Catholicism vs Welfare State

The so-called (this is important, “so-called”. He is an usurper. Never forget!) Archbishop of Canterbury clearly is more confused than we thought and I slowly wonder whether some professional help might not be of some use to him.

Believing to be talking in front of a North-Korean audience, our old man first decided that Shakespeare was a Catholic (I know that this has been rumoured for very long; but now that we have the confirmation from him I rather begin to doubt) and then proceeded to please the audience (he thought he was in North Korea, remember!) by saying that the fact that the old and well-off Bard was “hoarding grain and buying up property in Stratford” makes him, in the eyes of Comrade Williams, “not very attractive”. Which is rather easily said when one disposes of lodgings in places like Lambeth Palace, you might say; but we don’t want to be fussy, do we?

I wonder if someone has informed the old man that Joseph of Arimathea was so wealthy that he hoarded I do not say grain and houses, but even superfluities like …….. luxury tombs. And a very expensive one he had there, just in case…. pure capitalistic decadence! Remaining in Gospel times, Zacchaeus and Nicodemus were not entirely poor, either, but I was under the impression that Jesus seemed to find both of them attractive. How very strange…..

Clearly, Our Lord was not as socially advanced as Mr (note here: no holy orders for him I’m afraid) Williams, who just can’t like people who are doing very fine, as in: even better than he.

Possibly because no applause had ensued, he decided to reinforce the concept with the following pearl of wisdom:

Well nor are you, old ….. boy. Nor am I, or most of us. But wait, Joseph of Arimathaea is a canonised saint!? Recognised even by most Anglicans?! How can it be, if he had so much grain on the side? And the rich Nicodemus? He is a Saint too? !You don’t say?! Who’d have thought it?! What is next, the canonisation of people who were rich enough as to have their own private zoo, like…. St. Thomas More? (Oh well, I assume Thomas More doesn’t count for the Anglicans, does he now….).

We need Mister Williams to start working seriously at the remaking of Christianity. We really do. These last two thousand years have clearly been a promising start, but without him we would still be thinking that it isn’t a sin to be rich, and that riches are a grace that must be used properly and administered like a good steward would. We would even think that the Church has been helped to carry her work by countless rich and saintly men and women, who have given generously not only to alleviate the suffering of the poor, but also to help the Church to grow and spread Christ’s word. We wouldn’t even understand that Jesus has clearly said that property is theft, so blind are we! And we would, perhaps, even be so mad as to be thankful to the countless generous donors who have allowed so many works of sacred art to be created ad maiorem dei gloriam!

Where would we be, without this old… boy.