About The Priest Turning His Back At Mass

Do they look disrespectful?

Next time you hear someone complaining that in the Tridentine Mass the priests gives his back to the faithful, you may want to ask him the following questions:

1) Is he offended that the people sitting in front of them in the pews turn their back to him?

2) Shouldn’t the Mass, then, be held with the faithful in a nice half circle of one row only?

3) Does he know what a Tabernacle really is? You might have to explain this I’m afraid. When you have explained, you may ask:

4) Has he noticed how the priest is placed relative to the Tabernacle during the New Mass?

5) So who should the priest face: God or the faithful?

Of course you always run the chance of someone answering “the faithful, as God is not offended but the faithful are”.

But at least you’ll know whom you are talking to.

Another Day, Another Episode Of Persecution Of Christians 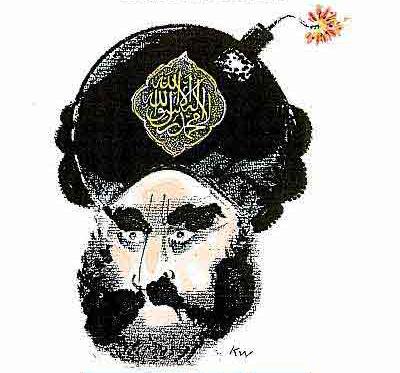 Read here on CNA about the heavy damage suffered by a Nigerian Cathedral by the hand of the usual group of supporters of the, erm, “religion of peace”.

The group’s name translates in the local dialect as “Western education is a sin” and I hope their sons and sons’ sons never learn anything else than their stupid, blasphemous Coran, thus adequately preparing themselves for a life as toilet cleaners; unless of course they get themselves killed beforehand, which is clearly in the cards.

The group has been carrying on these attacks on what appears to be an almost daily basis, probably to fight the boredom of modern office life or perhaps, who knows, because they are simply people who understand the message of Islam and put it in practice.

You’ll be pleased to know that they don’t seem to exclusively target Christians, though, as in the same day two police stations have been targeted, too. Busy people.

In such circumstances, one is reminded of the nice Andrew Klavan’s video about “sensitivity training”.

Truly, for certain countries decolonisation seems to have been rather a self-inflicted punishment.

Comments Off on Another Day, Another Episode Of Persecution Of Christians

He would have liked Mgr Pozzo: Archbishop Marcel Lefebvre

Looking first at the interview with Pozzo, there is an expression that will probably make some waves (emphasis mine):

Question:
It does not seem conceivable that a call into question of the Second Vatican Council may happen. Therefore, where do these discussions might lead? To a better understanding of this?

Mgr Pozzo’s Answer:
They concern a clarification of points that detail the exact meaning of the teaching of the Council. It is what the Holy Father started to do on December 22, 2005, by interpreting the Council within a hermeneutic of renewal in continuity. Nevertheless, there are certain objections of the Fraternity of Saint Pius X that do make sense, because there has been an interpretation of rupture. The goal is to show that it is necessary to interpret the Council in the continuity of the Tradition of the Church.

Note that Mgr Pozzo says that SSPX and CDF are working together at seeing whether a shared understanding of V II can be achieved. It will not be a dismissal of V II as a cretinous thing to do in itself (shame, ndr), but it might lead to the same thing, that is: the rigorous exam of V II so that every interpretation not in rigorous continuity with the pre-V II Church is clearly and unequivocally rejected. This would lead, in a word, not to a formal dismissal of the V II documents, but to their thorough re-interpretation in light of Catholic orthodoxy. Basically, it means exposing all their shortcomings, misleading formulations and wrong interpretations by still saying that, apart from the shortcomings and the misleading formulations, they were never meant to be interpreted wrongly in the first place.

This seems to me a clear indication that the distances are reducing, as the explicit words of Mgr Pozzo about the SSPX’s objections “making sense” further underscore. In a situation where no word is said casually, I think this is worth noticing.

Even more worth noticing is the interview given some days ago by Bishop Fellay, which Rorate Caeli reports under the same link. Fellay allows himself very interesting words (emphasis mine):

I believe that, at some level, the Good Lord linked us with this crisis, because we work for the restoration of the Church, but this may still last for a decade, maybe two. It is necessary to have lots of courage and perseverance. This can be resolved tomorrow, this may be resolved the day after tomorrow. All is in the hands of the Good Lord.

Unless I am totally mistaken, there are two important points here:

1) Fellay sees something like one or two papacies as the maximum wait before a full reconciliation. He talks like one who can see from the development of the talks that time is on his side. Basically, he seems to imply that there are some toads that have been clearly recognised, but that the Vatican will not be ready to swallow until the Council has been pushed further into a historic (and less emotional) dimension and the generation who has lived it has proceeded to – hopefully – greener pastures.

2) The first point seems to me further stressed by the revealing words that I have emphasised. I do not know about you, but to me these words seem an extremely emphatic assertion that the distance has now become very small, and the Vatican must decide not the if, but merely the when of the formal steps leading to a full reconciliation. At any rate, I can’t imagine Fellay using such words unless he is persuaded that every big obstacle has been removed from the way.

Not for the first time, I get the impression that the only thing now necessary before the SSPX is in full communion again is the death of the generation who has lived the Second Vatican Council, and the possibility to put things straight from a more relaxed, less controversial historical perspective.

The “Surfing Madonna” Must Be Taken Down 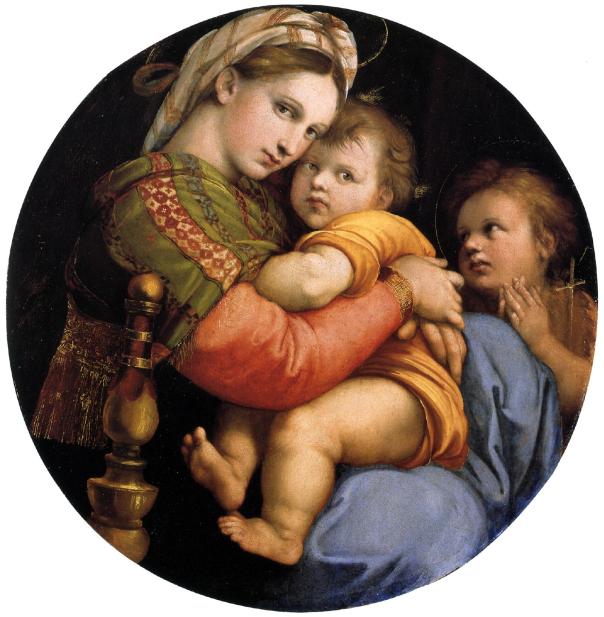 One really doesn’t know in which world one lives anymore.

It would appear than in the otherwise rather nice community of Encinitas, in California, some workers have made a mosaic of a “surfing Madonna”.

What is more disconcerting of this exercise is that the “work” has been executed by people whose intent was, clearly, not the one of being disrespectful. That their Catholicism is – or has become – a pale shadow of what it should be is very clearly shown by the real message the “artists” want to spread, to wit: “save the ocean”.

This would be just another episode of new age cum environmentalism stunt, mixing what is most sacred with a vague concept that the ocean be, in a way, sacred or, which is equally absurd, in danger of being destroyed. But the problem here is, as I see it, that this is not the work of people who have heard about the Blessed Virgin from the Los Angeles Times or MTV, but from people who truly should know better. They have depicted Mary praying with a rosary and are, therefore, somewhat acquainted with the utter respect and reverence with which everything concerning the Blessed Virgin must be treated.

Unsurprisingly, this being California, someone thought this something truly useful or not irreverent.

Even less surprising, this always being California, the local authorities have decided to have the “work” appraised, at the cost for the taxpayer of $ 2,000. Then they complain that they drown in an ….. ocean of debts. You don’t say?

Technically, says the author of the article, this is a graffiti.

Religiously, says the author of this blog, this is utter lack of reverence, a hijacking of the Blessed Virgin for a cretinous environ-mentalist message, and utter banalisation of what is sacred.

I wonder what the “artists” who have done this will think next: Jesus attacking a nuclear plant with a “Greenpeace” banner perhaps?

In Italy they say that “the mother of the idiot is always pregnant”.

How right they are.

Comments Off on The “Surfing Madonna” Must Be Taken Down

Manuel Lozano Garrido, “Lolo”. In Case We Think Our Life Is Difficult, II

In the very first, obscure days of this blog (when I was starting to practice the blogging activity, though still posting extensively elsewhere) I wrote a blog post about Manuel Lozano Garrido, “Lolo”. During the year I have often thought of him, as his story is a rather unusual and, in its own way, very beautiful one. On Sunday it will be the first anniversary of his beatification, and I think he should be honoured by a vaster audience than the one my blog could give him last year.

One year later, the link “obviously” (grrrr) didn’t work anymore, but looking for a fitting repair I have found a nice video.

You find below the video and the original text.

Truly, we may want to think of “Lolo” when we think that our life is difficult.

This saturday, June 12, Manuel Lozano Garrido – Spanish journalist and writer also known as “Lolo” – will be beatified. His life was extraordinary in many ways. Paralysed and forced on a wheelchair at 22, he relentlessly devoted his life to transmit to others that joy and devotion he himself was feeling. The growing intensity of his physical pain did nothing to weaken his faith. In time, he lost the use of the right hand and learnt to write with the left one; received a typewriter  and chose “My Lord” as the first words written with  it; became blind and never lost his joy or interrupted his professional activity, starting to dictate his articles instead; could not easily move and wrote inspiring articles about the processions and religious ceremonies he saw from his balcony; could not enjoy health and worried about how people affected by illness could improve their spiritual lives.

His support for “Acción Católica” and his desire to help those who, like him, were gravely hindered by their illness led to the creation of “Sinai”, a prayer community whereby groups of 12 gravely ill people prayed each for a particular media. This group grew up to 300 incurably ill people and “Sinai” also became a magazine.

A remarkable trait of this very remarkable person is that in the midst of all his trials he was, well, pretty much of a happy man. Therein lies in my opinion  the lesson he still teaches us. We make tragedies of our minor problems and at times lose our serenity because of them. We give our health for granted and spend our time worrying over comparatively trivial troubles instead. We cannot even imagine how a life of growing pain and progressive physical decay can transform itself into a life of prayer, sincere joy and spiritual help to countless people.  Lolo could do it. What a wonderful person and what a wonderful example.

You can find  here a link with extensive biographical details about this truly remarkable man. While you do, I will think of how much a simple headache troubles me and hang my head in shame.

Comments Off on Manuel Lozano Garrido, “Lolo”. In Case We Think Our Life Is Difficult, II

Below, the links to some older Michael Voris videos that were the object of a blog post.

In some cases, you might have to copy and paste an old link, or register to Real Catholic TV. Not a bad idea anyway.

I have repaired the links or looked for new ones when necessary. I trust the links to the videos all work fine. It is surprising how short-lived a link can be.

“Can’t Do Their Job”

Bishop Dolan And The Homo Church

“The Sobering Reality of Hell”

“You Can’t Be Both Charitable And Nice”