One Day At The National Catholic Reporter 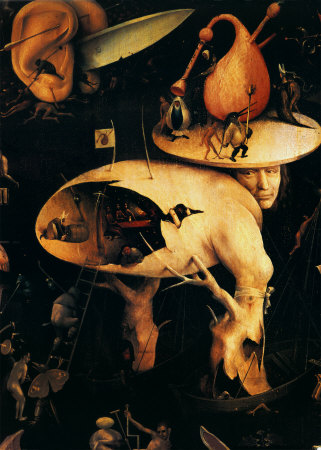 Below are some of the comments in the comment box of the National Catholic Reporter. Let us see what kind of deluded humanity we find there.

There is the one who has decided that 2000 years of Tradition are just wrong, whereas he himself is, of course, right:

The whole system of leadership appointment needs change and should come from the bottom up not the top down.

Then there is the one who doesn’t need the Church, because the Church doesn’t serve him and doesn’t accommodate his needs:

I answer to God not to any priest, bishop, or pope. I find less need everyday for a non-responsive, self-serving hierarchy.

Interesting is also the one who thinks that God himself has been conned these last 2000 years. Thankfully, we now have him to tell us what God always wanted:

The “Way” that Jesus showed us and invited us to follow had no hierarchs, not even the Temple priests

Amuse yourself with the one who says himself a Catholic, whilst also saying that being Catholic is bad (hey, his ex-Lutheran wife, but rather still Lutheran wife, “taught” him so). One wonders who has converted whom:

I was raised as a Catholic (Big C) and married a Lutheran, who converted to the big C. She has taught me that the word ‘catholic’ should never have the big C. The day we accept that we are catholic, and not Roman Catholic, we will all be better off.

Or do you prefer the obsessed trendy with nightmares of Trent restoration:

Benedict is doing a more disgusting job than John Paul II in trying to drag Catholics back to Trent.

What about the Pentecostal “the Holy Spirit directs us” chap, who at the same time is obviously not directed by the Holy Spirit to write in proper English (emphases mine):

Since Vatican Council II—the People of God have implemented what the Council was directing them to do. It was JP II (the Grate) and Benedict the Panzar Pope, who were/are trying to drag people back to where THEY were comfortable—a Church of subserviant people—who are “little people, simple (read stupid) who need their bishops to point out the way for them (this is a synopsis of Benedict’s thoughts)

Finally, there’s the anarchist revolutionary, believing in Revelation through the Internet. Unfortunately he misses the signs of the times, big time. He also seems to believe that higher education is a modern invention:

When all is said and done, I think point #4 in your critique is the bedrock of the revolution that is now happening in the modern church. The current so-called leaders are still living in the ages where only members of the clergy could read and only members of the hierarchy could make spiritual decisions. Now, in the modern age, vast numbers of people are thinking for themselves because of the effects of institutions of higher learning and the availability of research and documentation.

This is just the result of a couple of minutes of browsing, and all the comments are taken from merely two blog posts.

You’d never say this come from the site of a magazine calling itself “Catholic”.