The latest news about the good news from Kansas is sadly not so good: the closure of the abortion centres has been blocked by judicial order.

It’s sad to be the bearer of bad news.

Ten beautiful Jesuit Jokes from Against The Grain

Comments Off on “What’s A Novena?” Ten Beautiful Jesuit Jokes 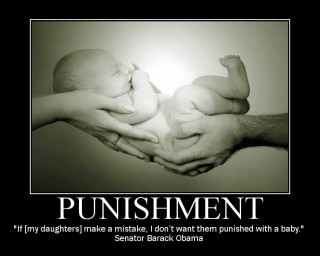 The US State of Kansas is as big as 2/3 of entire Italy and has the respectable population of around 2.8m inhabitants. We are now informed that of the three abortion clinics present in the state, two had their license removed due to non-compliance with health and safety regulations.

This means that only structure now remains (alas, Planed Parenthood’s one). Whilst this may seem only a secondary headline, I think that it shows the slow shift toward a different approach to abortion. Following the flow of news coming from the United States (from memory: the legislative initiatives, like the recent one in texas; the popular consultations about restriction of abortion rights, like the one in Indiana; or even the merely administrative ones, like in this case) one cannot escape the impression that abortion is under attack: under attack in the questionable medical practices, under attack in the way politicians relate to it and, most importantly, under attack in the hearts and minds of the people.

I do not think that in Europe the situation is so very different, though the typical ways of Europeans of dealing with such issues (generally less vocal, more subdued and, let us say it, more tepid) contributes to mask the shift that is taking place. If we look at the United Kingdom, some attempts have been made to reduce the abortion window from 24 to 12 weeks; more importantly, I have it from reliable source that conscientious objection is on the rise and in London the NHS cannot provide abortions for the entire 24 weeks because of the sheer inability to find doctors and nurses willing to take part in the holocaust. There’s a slow, silent, but now clearly perceptible shift in the right direction.

I have written a blog post about, among other things, the fact that societal shifts in the secular direction are not irreversible. Abortion seems to be a good point in case. Roe vs Wade is not 40 years old, and the self-serving, pagan world it opened the door to is already being attacked from all sides.

Things do change for the better. It takes time for the population to wake up – and in many cases this time will depend from the will and ability of Christian leaders of all denomination to accept the fight, nay, to declare war -, but when this happen the tiny minorities of soi-disant intellectuals can never influence it anymore.

I wouldn’t bet my pint that in another 40 years’ time abortion will still be legal anywhere in the world, perhaps with the only exclusion of the most dechristianised societies like Norway and Sweden. I might not see the day of course, but where would the world be if we only fought those battles we can see won in our lifetime…

Let us celebrate this good news from Kansas then, and take it as a messenger of even better things to come.

Comments Off on Abortion: Good News From Kansas