← “Luuv”, but No Marriage: No Interest for “SSM” Outside of NYC
Meet Father Pansy → 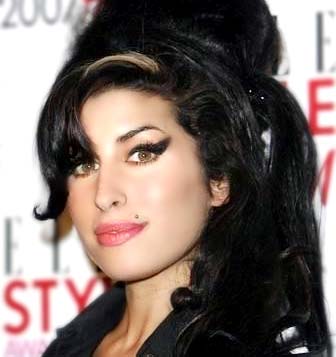 Surprisingly, there is no trace on the Catholic blogosphere of the event that has surprised and – as it is always said, though in this case with less reason – shocked Britain on Saturday afternoon: the death of Amy Winehouse.

This is surprising because it is in my eyes not entirely consequential to condemn the perfectly a-religious (in the best of cases), booze-and-drugs lifestyle more or less directly propagated by too much of the modern pop culture, and not stop to reflect – and to admonish – when this culture actually leads to such a death.

Besides being an undoubted talent, a beautiful singing voice and a remarkably free-thinking artist in many respects, Amy Winehouse was in my eyes remarkable in another respect: a rather total lack of orientation in life. She was not one of those focused people who steel their determination in long years of obscurity until success comes to them; success had happened to her, so to speak, very early in life, and in such a casual way that she even maintained not to have a record of her first album at home. This was not a story of dogged determination, for sure.

Her famous “I don’t give a f**k” to Bono seemed rather her life motto, a motto to which she has remained faithful until it has become her undoing; a motto the more remarkable in these times where the talents of the music industry are rather strictly kept under observation, I assume for a sense of humanity besides the obvious “asset protection” reasoning.

are the opening verses of a – actually, rather beautiful – song of her. In the same song, we hear

I don’t ever wanna drink again
I just, ooh, I just need a friend

In thinking of the tragedy of the late Amy Winehouse, what I think the experts and the rehab clinics and the music industry managers and even the fans couldn’t give her, a sensible prayer life would have given. I do not want to say that if you pray your addiction will automatically disappear, or that you will transform yourself overnight in the embodiment of fighting spirit; but it is fair to say that even a small prayer goes a long way to avoid the worst excesses, and that when one collaborates with grace then more energy is given to tackle one’s problem, and so on.

Amy Winehouse was born in a Jewish family, but it doesn’t seem that faith ever played a role in her life. I wonder whether she ever stopped for a moment to think of the Blessed Virgin, or if she knew Her at all, or if she had any religious life at all. You see, how one can send people to rehabilitation clinics without talking to them about God is beyond me. It’s like trying to produce water without the oxygen.

Talking about Catholic oxygen, one of the most beautiful aspects of Catholicism is to be able to see the Blessed Virgin as our Heavenly Mother. Even if I were hated by my parents, or had a very troubled relationship with them, the love and respect for my Mother in Heaven would certainly encourage me to stop harming myself. This thought has been in the past the guide and consolation for innumerable orphans, or people with difficult parents. I dare to think that what has failed here was not the attention of her agents, or of her production company, but her prayer life. The first prayer leads to the second, and then comes the third. At some point, you have enough self-esteem and self-love to not appear on stage drunk like a lord, because you know that you are loved.

We know that the Blessed Virgin suffered for her every day. We know that she would have been able to intercede for her more effectively, if properly asked for. We know that it is impossible to feel loved and valuable and willingly go forth toward self-destruction; that no matter how hard the trial – and her trial, if undoubtedly self-inflicted, must have been very hard at the end – we can’t blindly abandon ourself to self-harm when we feel embraced by Her tender love. Now, Winehouse being Jewish the recourse to Mary would have been (perhaps) not in the cards; but this shows once again the beauty, wisdom, love and Truth of our wonderful Catholic religion.

Therapists, consultants, more or less loving parents, the usual entourage of officially disinterested friends: was there among them someone who just suggested to Amy Winehouse that she prays, and then prays again, and then prays some more? I haven’t found any mention anywhere. It doesn’t seem to have been part of the picture. But fame, money, an army of consultants cannot do much against one’s own ghosts, unless supernatural help is asked and received. And what are we without prayer, other than little vessels lost in the storm of life…

Therefore, when the official reason for her death is made public, we are not very likely to read what was rather probably an important part of it: lack of proper spiritual life, lack of knowledge of being an infinitely beloved soul, and lack of knowledge of the Blessed Virgin as her Heavenly Mother.

I hope that she has avoided the worst, though frankly who can say… I have prayed for her not because I think that she was more deserving than all those unknown souls who died on saturday afternoon, but because of the sadness of such a waste of life and talent, and the suffering she must have caused to her poor guardian angel, and to Mary in Heaven.

Holy Mary Mother of God, pray for us sinners now and at the hour of our death. Amen.

← “Luuv”, but No Marriage: No Interest for “SSM” Outside of NYC
Meet Father Pansy →