Ugly and Rejected: A Journey at The Heart of Feminism. 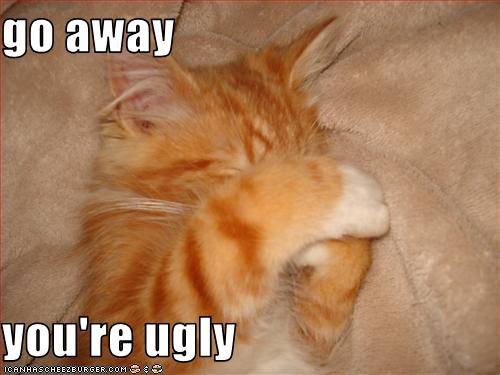 One of the scariest features of modern Anglo-Saxon societies is the inability of people to tell things as they are. Facts become taboo on the very day that some “minority” has decided that they are “hurt” from them.

A prime example is feminism. It has always been my experience (and I ain’t the youngest, and have lived in three different countries) that feminists are ugly. I do not mean here the actresses and singers who, after getting to fame (in which way, I will not discuss) decide they’re “feminists” to give themselves some airs. I mean the real examples out there.

When I was at school, you could see some attractive young women who showed clear feminist tendencies. Young and “idealist”, you know. Probably with the wrong parents, certainly with the wrong influences around them. You saw them here and there and thought: “what a waste”. All other boys thought the same way.

Some of the girls had begun to notice.

At University the situation had already radically changed. You could clearly see the attractive leftist women paying much attention not to be on the wrong side of the fence. In the conflict between their (still probably existing) ideals and the necessities of their fight against all other women for the favour of men (another fact as plain as the sun, but that it is forbidden to mention), they understood that they couldn’t fight the fight of their life with the right arm disabled. At that age, the ruthless disregard of Italian men (people who, when they are men, take no sh*t from any feminist, and may she be Claudia Schiffer’s pretty sister) already started to be painfully noticed. Therefore, language, behaviour, talk, walk, and entire attitude toward the other sex were already adjusted.

The ugly ones, though, continued to be feminists. They complained against the “sexist culture” of the country, the expectation – nay, the demand – of a woman being (shock! horror!)… a woman. Their isolation drove them to extremism, their ugliness drove them to think that if you’re ugly, your best bet is to be a feminist and thunder against the traditional culture.

The attractive young women began to smile at them.

The years went on, and the workplace brought a further polarisation. Women with an income and money to spend wanted to be extremely feminine, no expense spared to enhance whatever beauty and femininity they possessed (and in Italy, many of them possessed it in spades). A small minority of less and less vocal women continued to spit the same slogans, and voice the same concerns. All of them (and I mean, all of them. No, really!) ugly. The other women, the feminine ones, began to be openly sarcastic about them, even in the presence of men. Talks of sour grapes became heard, veiled references to certain unsatisfied emotional needs; at 25-27, there was a general climate where the feminist is a mixture between the village idiot, and the ugly village idiot.

At this point, only the ugly and angry were still feminists.

To my extreme surprise, this continued when I moved to Germany, albeit the conservative office world I moved in might have played a role. In Germany, though, communication rules were different: more allusive, less open, far more prudent. Italians are brutal, Germans were more reserved, particularly at the beginning. But they’d open up to you when they knew you better. Then, you knew that all the world is, really, the same.

And then I moved here. New, strange words were common usage. People were “hurt”, meaning that the facts couldn’t be told to them. The verb “to judge” had, for the first time, a negative connotation. Expressions like “significant other”, “inclusive” and the absolutely omnipresent “diversity” popped in. But some people didn’t even say “Merry Christmas”. That’s when I entered a church again.

Feminists were as ugly as ever. But now, no one told them. Everyone was “sensitive”, and “concerned”. It was just socially unacceptable to tell the truth, because a world that calls sodomites “gay” won’t call feminists “frustrated and ugly”.

Well, let us give a little contribution to address this:

You are a feminist because you are an ugly, fanatic, frustrated cow who never had from men the attention you wanted, and deservedly so. If you had been attractive, you wouldn’t have cared two straws for feminism. You know it, and you know that everyone knows it. Your hate for the male sex is the result of you losing the battle for interesting, caring and  masculine men and having to make do with the gamma males, the whinos and the sissies. You were refused by masculine men, who were the ones you were interested in. This increased your hatred, and your exclusion. This is how you ended up being the ugly cow you are now.

In the meantime, men continue to be interested in feminine women, and women in masculine men. That’s the way it is and no amount of attempted feminist indoctrination will ever change this. Ask every woman (who isn’t ugly and full of venom) and she’ll tell you. No male (I do not mean “alpha male”; I mean every man with a modicum of self-respect) would ever lose time with a feminist. Feminists know it, and it burns. It burns because in the end even they are, at some hidden level, women. So they hate all men, and all feminine women, and call them names, thinking that they, the ugly village idiots, are better. They aren’t. Feminine women are far more intelligent and connected to reality, more balanced, serene and happy  than feminists living on planet Hate.

The truth that every feminist must be told is very simple: 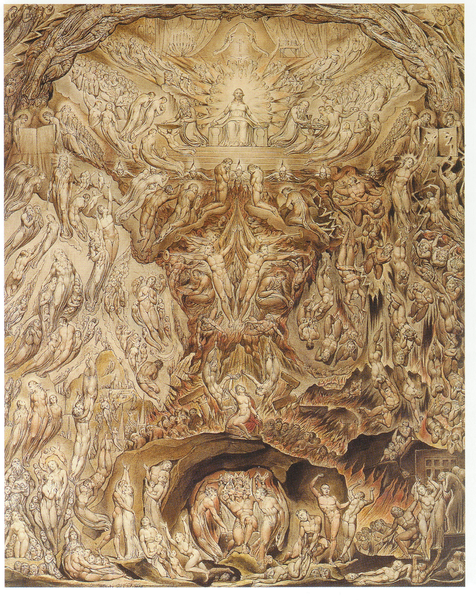 William Blake, "A Vision of the Last Judgment"

Interesting blog post from an old favourite of this blog, Msgr Charles Pope, among other things the Monsignor with no uncertain trumpet.

This time the issue is about the lack of balance (a commenter says, probably more correctly, “order”, but the concept is the same) that is at the origin of every heresy. It is not that the truth proclaimed by the heretic is necessarily wrong, but being taken out of context and without the balance of the bigger picture given from the Magisterium it unavoidably ends up reaching the wrong conclusions. This is a brilliant explanation in simple terms as to why there are thousands of different major and minor Protestant denominations, each one of them – I mean, of those who strive to be Christians – taking passages of the Scriptures which might not be wrong in themselves, but have been simply eradicated from their proper context.

The examples made by Msgr Pope are of chilling simplicity: the generally accepted belief of the Divine Mercy  and the more and more often downplayed or outright refused concept of judgment and, possibly, hell.

One doesn’t need to say that our refusal to see the point will not make the point any less real when the appropriate time comes.

In pure Catholic fashion, we are then reminded of the virtue of hope and of its proper understanding as opposed to presumption and despair. At the same time, Msgr Pope ends his message with another pleasantly chilling memento, this time in form of a song.

I must here admit (probably earning the boos of the American readers) that I didn’t know the song. I found it so hauntingly beautiful that I listened to it several times. I cannot resist the temptation to post the video here.