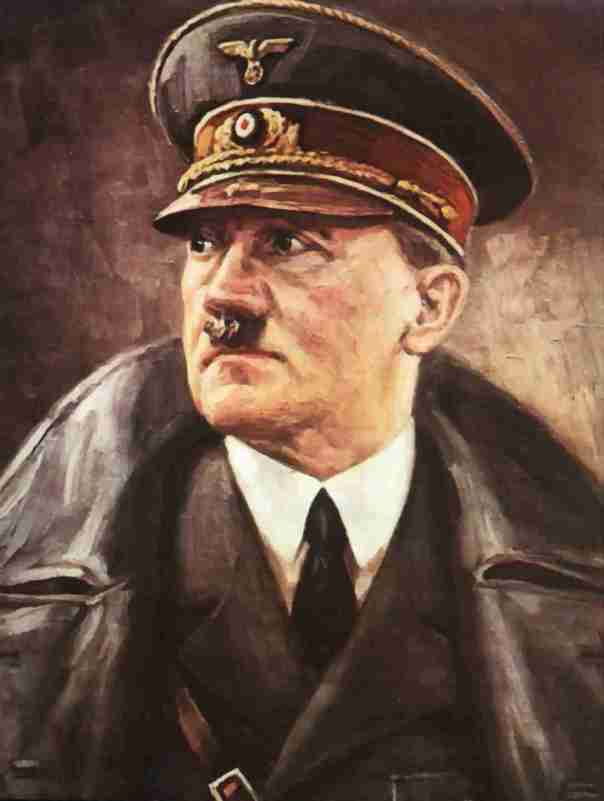 Hitler looking with satisfaction at a Spanish hospital.

I have written a couple of times about the similarities between Nazism and the modern secular societies.

In the Europe of the thirties, one could have legally aborted only in one country: Nazi Germany. At the same time, euthanasia was practised only in one country: Nazi Germany again. And who was the only country making experiments on humans and so obviously and massively concerned about eugenics? Yep…
Curiously, if we except the Bolsheviks Germany was the only traditionally Christian country in Europe not implicitly accepting Christian values as the basis of society.

It seems that old Adolf has some admirers in Spain, where there are people able and willing to decide that a life is not worthy of being lived anymore and can therefore without any moral scruples – nay, with the feeling of being, actually, good – be terminated. The Nazis called this Lebensunwertes Leben, literally “life not worthy of life”. Basically, there’s one chap (or two, or three) who sit there like minor gods and decide when the moment has come to take the tube away. “Sorry ma’m, we are on a budget”.

I do not know how they say Lebensunwertes Leben in Spanish (something sounding like “Zapatero”, I presume), but it seems to me that both the mentality and the effects are exactly the same.