This is one of those days when we Catholics are allowed to get a bit of a perspective; not intellectually – we know that already- but in a more emotional way.

As the communist regime in Cuba is waiting for the Castros – and very possibly only one of them, though I can’t say I wish the second a long life – to kick the bucket to follow them soon after in an inglorious grave, for the first time in 60 years a Catholic procession celebrating the island’s patron Saint has taken place.

It is a bit as if the Castros’ regime were dying in installment or, if you prefer the image, were being eaten by worms little by little, its body in advanced state of decomposition whilst its heart is still beating, someway.

Or you can put it in a different way still: that the stench of the decomposition of the Castros’ regime is being covered by the fragrance of the True Faith, re-emerging in the open to make clear that you can suffocate Truth for a while or even for longer, but in the end you can’t kill it, and you can’t avoid its re-emerging one day.

I suggest to those who haven’t done it yet to watch the beautiful Andy Garcia’s The Lost City.

Or if you like, you might celebrate the day with the wonderful anti-Castroite song fruit of the genius of Donald Fagen, The Goodbye Look.

On The Vatican Answer to the Cloyne Report & Co. 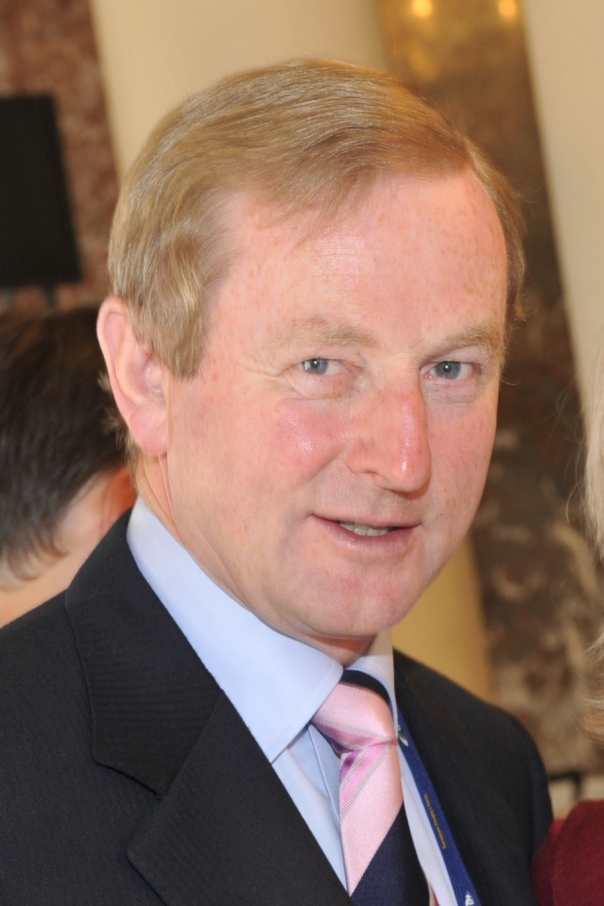 the accusation that the Holy See attempted “to frustrate an Inquiry in a sovereign, democratic republic as little as three years ago, not three decades ago“, which Mr Kenny made no attempt to substantiate, is unfounded.

These are probably the strongest words the Vatican diplomacy has written in a long time, and are directed at Mr Enda Kenny, the Irish prime Minister. Unless I am being totally naive here, they are also a clear warning that whilst the Vatican can cope with remarkable aplomb to anti-Catholic accusations made by secular media, they are going to react differently when such openly anti-Catholic statements come from a Prime Minister, and one who tells himself a Catholic to boot. If I were Mr Kenny, I’d consider myself officially warned and reflect very seriously about the seriousness of the troubles I am going to let myself in if I continue to think that I can chase an hour of easy popularity at the expense of the Vatican.

If you make an accusation that you don’t even try to substantiate, you are a slanderer; and if you say things that are obviously unfounded, you are a liar. This is what the Vatican diplomacy is telling to Mr Kenny. If he has some decency left – which I doubt –  I expect Mr Kenny to reply to these very clear words and explain where the evidence  for his accusations lies, or publicly apologise.

Mr Kenny also cited the then Cardinal Joseph Ratzinger to the effect that “Standards of conduct appropriate to civil society or the workings of a democracy cannot be purely and simply applied to the Church” and goes on to state: “I am making it absolutely clear that when it comes to the protection of the children of this State, the standards of conduct which the Church deems appropriate to itself, cannot and will not, be applied to the workings of democracy and civil society in this republic. Not purely, or simply or otherwise.”

The quotation in question is taken from the Instruction on the Ecclesial Vocation of the Theologian, otherwise known as Donum Veritatis (The Gift of the Truth), published by the Congregation for the Doctrine of the Faith on 24 May 1990, and signed by the then Prefect and Secretary of the Congregation. It is not a private text of the then Cardinal Ratzinger but an official document of the Congregation. This document is concerned with the theologian’s service to the Church community, a service which can also be of help to society at large, and not with the manner in which the Church should behave within a democratic society nor with issues of child protection, as Mr Kenny’s use of the quotation would seem to imply.

This is more subtle than the first one, but still a torpedo in its own right. Here, the Vatican document clearly states that Mr Kenny has parroted the then Cardinal Ratzinger’s words without having any idea of the context in which they were spoken. Kenny is here not openly told that he is a slanderer and a story teller, but clearly exposed as one who thinks he can ride the tiger of anti-Catholic sentiment by throwing a couple of sentences here and there and making himself beautiful with things he doesn’t understand.

The following words of the statement basically treat Mr Kenny like a little child who must be taught the rudiments of logical argumentation:

As a basic methodological principle, a quotation extracted from a given text can be correctly understood only when it is interpreted in the light of its context.

I am not the most diplomatic of men, but I would hesitate to tell any child of twelve, much less an adult, much less a Prime Minister, what must be clear to the slowest intelligence. Unless I were, of course, rather angry with the chap. The Vatican considers such a procedure necessary in the case of the Irish Prime Minister.This is not even a punch. This is a bitch slap, and no mistake.
I could go on with another example or three, but it seems to me that the general tone here is very clear.  Enda Kenny has shamelessly tried to distract the attention from the responsibilities of the Irish political class in one of the biggest crises of Irish history by shooting at the Vatican with gratuitous, unfounded, populist accusations. The attempt to deflect the attention of the public opinion and direct its anger toward the Church is unworthy of a politician, much less a Christian, much less a Catholic.

Enda Kenny – and his colleague Gilmore, who gets the kind of reprimand generally reserved for the little brother – must have suspected that something unpleasant was in the making when the Vatican recalled the Nuncio, but I think that now every doubt they might have had has been removed:

If they think that they can chase easy popularity by shooting at the Vatican, they have another thought coming.