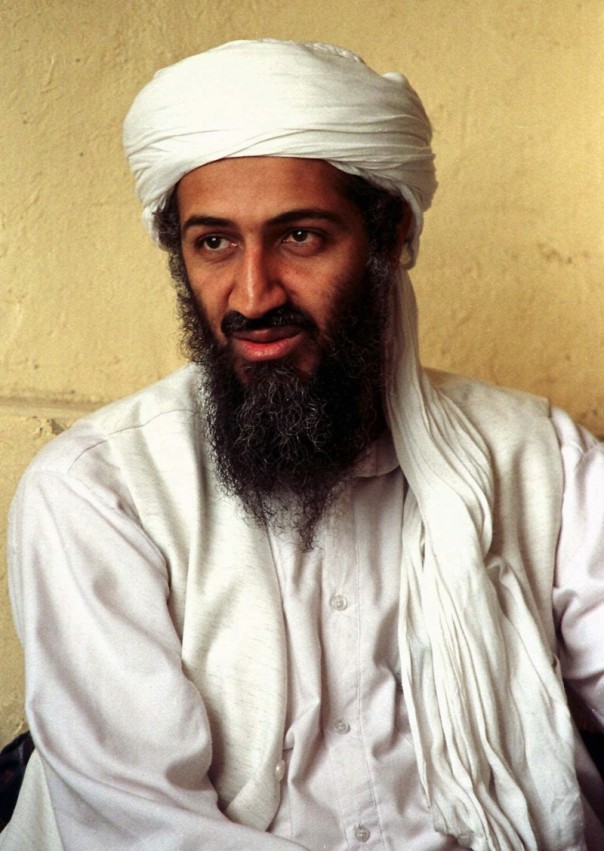 Bin Screwed in a rare photo wearing a condom

As everyone, I remember that terrible afternoon of now ten years ago. I followed the events closely, and a sense of impotence and rage, as I had never experienced before, has remained with me to this day.

I remember that going to bed I reflected that the worst was to think that once again, there would be no adequate answer and the West would be content with the usual barking and meowing. A sense of decay, of twilight of a civilisation, was how I remember that terrible 11 September 2001.I was absolutely sure that the events would be repeated, that other aeroplanes would go down, if perhaps only every now and then; that we all would have to become accustomed to living with the fear of terror from the skies.

Ten years later, it turns out that I was wrong. Never could the terrorists repeat the actions of the 11 September but most importantly, the attempt to intimidate the West failed miserably as the untested Bush proved, by the grace of God, no Clinton. The reaction of the West came, though not with the speed that I would have wished, and by Christmas 2001 the Western bombs had already helped to take down the Taliban regime, and this alone would have been a message for all those hoping that the West could be cowed into submission by terrorist acts.

But the best was yet to come, with the attacks of 11 September opening the door for an entirely different ways to relate to our Arab, as the word goes, “friends”; in the new post 11 September world, playing stupid would not work anymore: ask Saddam Hussein, whose regime had survived sixteen UN resolutions but did not survive one terrorist attack and the new, no-bullshit world created by it.

But the best was yet to come. The establishment of slow, corrupt, infiltrated, utterly inefficient democracies was still something new and wonderful for most people in the Arab world. Slowly, this new world got them thinking. Once again, a President that the world loved to make fun of – for reasons unknown to me, as he has never been known only to open his mouth in the presence of a teleprompter; astonishingly it is the moron who does so whom people think intelligent – had seen everything right and had correctly understood that once the impenetrable Arab system would be unhinged by the planting of a democracy in its middle, it would be only a matter of time before the entire Arab world would start to understand that democracy is sexy, and it is fully OK to want a piece of it.

Like Reagan, Bush didn’t see his vision realised during his Presidency; but like Reagan, he still had the pleasure of seeing the fruits of his brilliant vision come to fruition shortly thereafter. Only eight years after Iraq’s invasion, it is clear that Iraq was, as we were told at the time among the liberal laughter, the pry used to unhinge the entire Arab world. The situation over there is certainly still fluid, but it will be very difficult to suffocate a once awakened desire for freedom; the courage of the people in Syria, continuing their extremely brave fight without even the hope of a Western military intervention, is a clear sign of what energies can be freed.

Ten years later, the perpetrator of the attacks lies at the bottom of the sea, the object of countless jokes; most of his nearest followers have met the same destiny; two Arab countries have been invaded, showing to the meanest intelligence who is boss, and what happens when the insects bite the giants; from these invasions – making, of course, concessions for the local situations – two democracies have been born, of which at least one seems destined to a somewhat stable future; from these two democracies, a desire for freedom has been engendered all over the Arab world, very possibly leading to the creation of another couple of stable democracies, perhaps more; and from these democracies, the inevitable consequence of parliamentary rule will follow: peace. Democracies don’t wage war against each other, and in a democracy it becomes extremely difficult to inflate anti-Israeli hate to keep people from thinking about the shit they find themselves in, in their own country.

Summa summarum: the old Al Qaeda front almost completely annihilated, never again able to repeat the feat of that day, and in general reduced to try to make bombs out of strange liquids. The Arab world massively and repeatedly humiliated, and two countries invaded outright. Two democracies born of it. Several other democracies on their way to be born because of those two. Israel very probably the biggest beneficiary in the region, particularly if the Syrian regime ends up crumbling. Air traffic undisturbed.

Ten years later, one stops and thinks of the ways of the Lord, and of how out of such evil who affected so many such a hope would be, in time, be born, affecting so many. The scale of the devastation within the US and the shock were unprecedented, but the scale of change in the following ten years has been much, much bigger.

Congratulations Osama, you dumb f*ck. In your own way, you helped achieve something really spectacular.

It was merely the exact contrary of what you wanted. 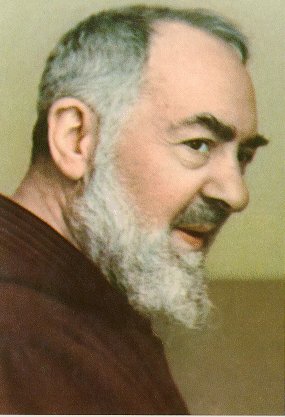 ( You’ll have to copy and paste this, I am afraid. And believe me, you want to switch the audio off….).

From Gloria.tv, a video of the body of Padre Pio after its controversial exhumation in 2008. As you can see from the video, the body is in an impressive state of conservation.  As far as I know, there are no ways known to man to preserve a corpse in such a way, for such a long time and a simple look at the video will persuade you that no embalming – not attempted, as well-known from the filmed inhumation and, also filmed, sealing of the tomb – could ever reach such results.

As the seals have been opened in front of the cameras, and th estate of the tomb perfectly corresponded to the state of the tomb filmed by the original inhumation, there can be no doubt that the largely incorrupt body shown in 2008 is the original, with no tricks attempted by anyone.

I am obviously far from saying that this alone is proof of the existence of God  – which can be reached in a purely intellectual way without any need for Padre Pio’s body anyway -. Still, if I were an atheist these images would give me much to think about.

Comments Off on Tribute to Padre Pio