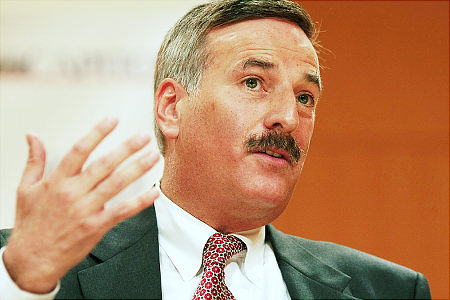 I do not know much about the Jewish world, though I seem to understand that they are in the middle of a bit of the same discussion going on in the Catholic world at the time: the orthodox on one side, the liberals on the other.

By Jews the problem seems to be a bit more complicated because of the fact that in Judaism religion and culture seem so intertwined, with people claiming to be atheists and Jewish at the same time, which seems rather absurd to me but evidently not to them.

Even more confusing is to know that there are people who define themselves not only as Jews, but as Orthodox Jews (which has, as I understand, a rather well-defined meaning, unlike Pelosi’s “ardent Catholicism” which means she doesn’t care two straws) and then proceeds to support perverted “marriages”, even – and here I couldn’t believe my eyes – claiming that his orthodoxy is the ideal behind his vote.
Words don’t count anymore. Orwellian.

Now, such a chap – Weprin is his name – wants to reap the fruits of his meretricious vote by running to substitute Anthony Weiner (the compulsory wiener-photograph) in the New York State Assembly.

Still, it is not going to be an easy ride for the chap, as a group of Rabbis now publicly invite those of the same persuasion to not vote for him. Which should, if common sense is any indication, make some damage to his “orthodox” credentials.

This will be interesting to watch, as the “liberal” (I think this is code for: atheist) Jews will probably support him anyway, and the Queens’ Democrats are possibly nutty enough to let this go.

Conversion material all of them anyway, I hear you say.

Ten hours of education and instruction.

Father Barron is going to lead his viewers on a long journey of discovery of Catholicism, 10 episodes of 60 minutes each.

The series will be called Catholicism (these days, a provocative title in itself) and one can be sure that it will make some waves.

If properly made, the potential for this series is huge. Millions of people might, in time, start to see a chunk of it only because of curiosity and be captured by the assault Barron plans on his mind and on his senses (exploring the arts, the thinking, the logic, the complex theology and the beauty of Catholicism).

If made badly this could be, of course, an equally dangerous boomerang, particularly if the series will be heavily tinged with nu-Catholic, Vatican-II tones.

I truly, truly hope that the temptation will be resisted to make a “popular” product and to say the things that do not offend the viewer. in my eyes, what Catholicism needs is to finally start saying again what the viewer do not want to hear, and to attack the anti-Catholic prejudice head on rather than keep whining and apologising for the homosexual priest scandal whilst the tambourines play in the background and we are explained how environmentally friendly Catholicism is.

At least this is a chance.

Comments Off on 600 Minutes of Catholicism