We the undersigned petition the Prime Minister to remove or amend the Sexual Orientation Regulations (SORs, enacted 2007) that Outlaw Discrimination in the Provision of Goods and Services on the Grounds of Sexual Orientation (lesbian, gay, bisexual, trans sexual etc etc.) These violate our human right to choose goods and services supportive of traditional family life where there is a father and mother, husband and wife at its centre and simultaneously refuse us the right to reject goods and services that force us and our children to conform to gay and secular ideology, or be in an environment that condones or promotes it.

This is a UK e-petition created by David Skinner, follow the link here.

To validly sign the petition you must be either a British citizen or normally resident in the UK.

If you have a blog, please put it up on your blog. Otherwise, please tweet it as if there’s no tomorrow.

Comments Off on Online Petition Against the Sexual Orientation Regulations 2007

“Quaerit Semper” continues the “Reform of the Reform” 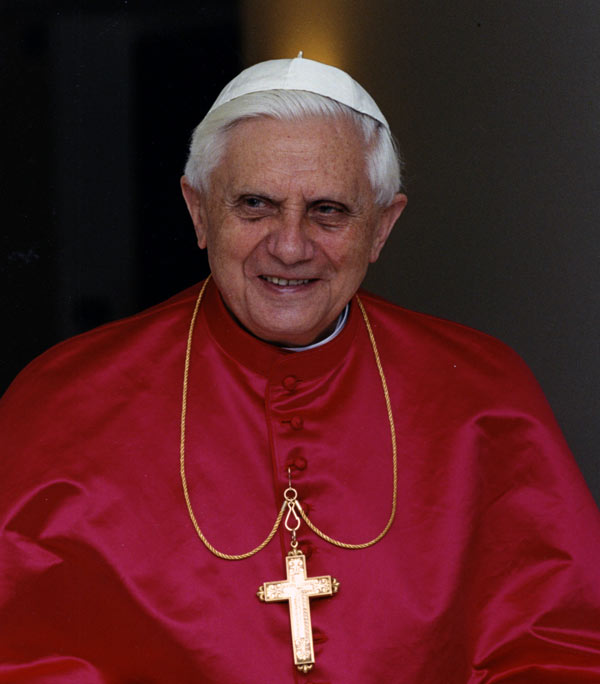 On the 27 September, the Holy Father issued a new motu proprio, Quaerit Semper.

Beside some decisions in matters of ordination et alia, the key passage of the document appears to be the following one:

“In these circumstances, it appeared adequate that the work of the Congregation for Divine Worship and the Discipline of the Sacraments be dedicated essentially [potissimum] to a resumption of the Sacred Liturgy in the Church, according to the renewal that the Second Vatican Council desired, beginning with the Constitution Sacrosanctum Concilium.”

What this means is that the Congregation for Divine Worship will be relieved of secondary duties and be allowed to concentrate on the reason why it exists, namely: the Liturgy and discipline of the Sacraments.

This being still a post-Vatican II Church – for how long, it’s anyone’s guess – the invariable mention of Vatican II and of the supposed “renewal” couldn’t fail to make its appearance; the Holy Father seems persuaded that Vatican II wanted a “good renewal”, but for some reason (the locusts? Black cats crossing the street? The Conciliar Fathers? The “renewal” mentality which originated the very same V II?) “good renewal” lost itself and his place was taken by his evil twin, “bad renewal”. A bit like Gorbachev saying that the October Revolution wanted a “good communism”, but hey, it got lost on the way so they ended up with Stalin.

Be it as it may, what is important to us is that, V II rhetoric aside, the Liturgy is supposed to be made more similar to the way it was, and the reform of the reform continues as repair work.

Being sanguine by nature, I do not doubt that the following decades will see the total abandonment of the V II rhetoric, a sober realisation of the errors unavoidably born from the very mentality that engendered it, and the substitution of the Gorbachevian interpretation with the restoration of what has worked so well for so many centuries.

For the time being, I think we should be glad that the dismantling of the mistakes engendered by V-II continues with noticeable energy, and might even intensify in the near future.

SSPX Model not yet in the shops.

Father Niklaus Pflueger, First Assistant of the SSPX, has said that an agreement with the Vatican will be “very, very difficult”.

Let us read and examine his exact words:

“Assisi III and even more the unfortunate beatification of John Paul II but also many other examples make it clear that the leadership of the Church now as before is not ready to give up the false principles of Vatican II and their consequences […]. Therefore, […] any ‘offer’ made to Tradition must guarantee us the freedom to be able to continue our work and our critique of ‘modernist Rome.’ And to be honest, this seems to be very, very difficult. Again, any false or dangerous compromise must be ruled out.”

It seems to me that this is a bit of a message in preparation of the meeting next week in Albano. Basically, Father Pflueger seems to send the following messages:

1) we are strong enough not to be in need of any agreement, and there will be no agreement for the agreement’s sake;

2) we are ready to achieve full communion, if this means that no limitations to our criticism of the “V II Church” will be imposed on us afterwards. The criticism of V II will go on unabated with or without agreement; and

3) if the Vatican can’t live with this, though.

Honestly – and setting aside for a moment the ascertained inability of most SSPX officials to speak with a modicum of diplomacy – it seems to me that there is nothing new here, beside the further confirmation that the SSPX in not in the mood for autumn sales. They are ready to accept the doctrinal preamble, unless its acceptance means feeling that one has received a practical muzzle. The “very, very difficult” seems therefore to me rather a warning of what the Vatican can expect from the SSPX than a refusal.

Fair enough, says I. The Vatican will certainly emit the right sounds as to whether they can live with it. If you ask me, they would be wise to.

I have the impression that in the weeks leading to the Assisi III trouble – and perhaps, catastrophe – such messages will certainly not become more infrequent.