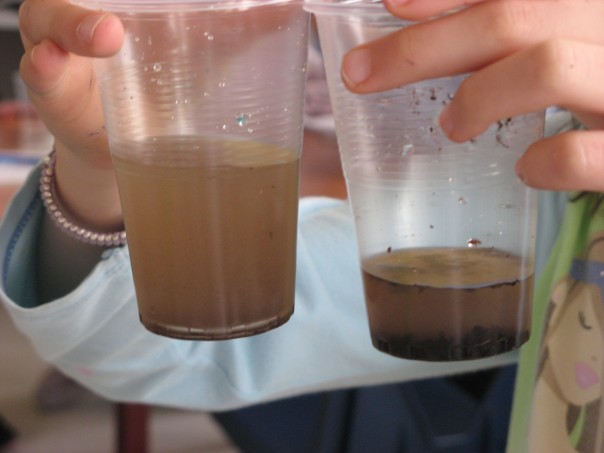 Rorate Caeli has an interesting excerpt from an interview to Bishop Slattery. Whilst the link to the original interview is given, I prefer to link to Rorate because it focuses on one issue: the liturgy, and this gives us an excellent starting point for wider considerations.

I am pleased that Bishop Slattery unites his voice to the ones of those who say that Vatican II has caused damage to the liturgy. What I would like to point out here is that I continue to see in his words the usual mentality by which the dirty water is defended and it is said that the baby was made dirty just because the dirty water was not used in the right way. Alas, if you wash a baby with dirty water you won’t clean him much.

Let us examine his words:

What we lost in a short period of time was continuity. The new liturgy should be clearly identifiable as the liturgy of the pre-Vatican II Church. Changes, like turning the altar around, were too sudden and too radical. There is nothing in the Vatican II documents that justifies such changes.

Reading this phrase, one has the impression that – bluntly speaking – some asteroid had fallen from the skies, suddenly causing the end of the liturgical continuity; that the “radical changes” were something which surprised the church hierarchy rather than being tolerated and/or promoted by them; and that everything that happened after Vatican II has to do with anything at all, besides.. Vatican II.

This idea of all the problem of Vatican II not originating in Vatican II is made more clear in another observation:

it was not a wise decision to do away with Latin in the Mass. How that happened, I don’t know; but the fathers of the Council never intended us to drop Latin.

The bishop “doesn’t know” how Latin was massacred. Well, I can tell him how it was: it was because those very same conciliar fathers who didn’t touch Latin during the works set up to its destruction as soon as the official works were finished.; it was because revolutions are seldom proclaimed officially, rather they explode when those who wanted half-revolutions fail to either see the danger, or lack the will to fight against it; it was because V II set a process in motion that made its interruption unacceptable, nay, unthinkable. It was because the clergy at all levels (from Pope Paul VI down) preferred to “go with the flow” rather than to order an end to the madness.

To say that Vatican II was right and the devastation that followed was wrong is the same as to say that Castro was right and Castroism wrong, or Lenin right and Stalin wrong; it is an indication of that particular blindness that doesn’t see the evil causes, but only condemns the evil effects; it reminds one of the girl who indulges in premarital sex and upon discovering her pregnancy says, with the bishop: “How that happened, I don’t know”.

I personally find this insisted defense of the indefensible increasingly embarrassing, as if it were possible to consider Vatican II as if it had taken place in a bubble and without giving a single thought to why it was called to life in the first place, which was the cultural climate in which it started, what happened during the works and which were the unavoidable consequences of the events. Nor can it be said that the consequences of Vatican II on the Catholic world were not visible, or that it would not have been possible to foresee them. Archbishop Lefebvre and many others – even near to the top, as theOttaviani intervention proves – could very well see where all this was leading to. But really, Lefebvre & Co. weren’t the only ones: everyone could see, but most among the clergy liked what they were seeing, or conveniently chose to look away.

If you ask me, the problem with Vatican II is Vatican II; and if you ask me, until this is honestly acknowledged we will continue to wash the baby with dirty water.