← “Nice” And Punishment
The Descendants (the movie) → 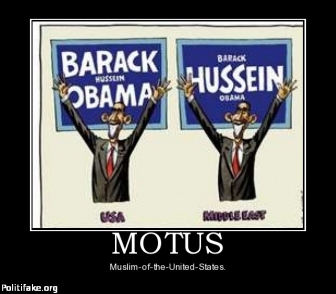 Dear reader, you may find the Michael Voris video above of interest to you.

There are several interesting point there: about the first (how many Americans still believe Obama a Muslim, or not a Christian) I notice after many years it can’t be said anymore such answers are in the main influenced by ignorance (= not knowing what Obama says on the matter), but largely on reflection (= not believing what Obama says on the matter).  I can’t say Obama cares a lot for that, but I think it can fairly be said the nation listened, and drew its conclusions.

The second is that I envy a country where so many still have the guts of wondering whether their President is a Christian. The German have a Kanzler(in) who grew up in a communist country, from an idiot who had already completely confused belief in God and social justice; this woman has no problem whatever with open homosexuality, but she thought the best way to power was to call herself Christian, so the country at large doesn’t even wonder whether she is one (tip: they don’t do it because if they did, they should wonder how Christian they are themselves, a topic they’d rather set aside).

The third is (and I have touched this issue rather often) the progressive deterioration of the definition of “Christian” in the Western world and even – though in clearly lesser measure than in Europe – in the United States. Voris’ quotes of Obama about Jesus being such a wonderful teacher and “mediator” (a definition, by-the-by, with which every Muslim would enthusiastically agree) and at the same time not raising questions among two-thirds of the electorate.

Still, I am very thankful to the other third. I wish such a vast number existed in Europe. At least as far as Northern Europe is concerned, I can’t say this is the case.

We live in a world where a President of the United States (who is clearly far less intelligent than his supporters believe, but not a moron) expresses his “Christianity” is a view compatible with both Islam and the secular society, and two third of the population allow him to get away with it. And where, I must say with great sadness, many leaders of the Western world are not even requested to prove their Christian identity, or do anything at all to upheld Christian values.

Among us Catholics, I blame Vatican II.