The Bishops’ Lowdown On The “Contraception Mandate” 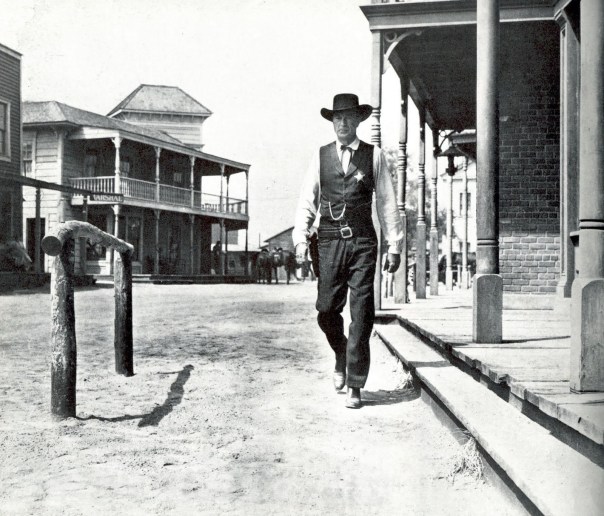 The US Bishops have decided they'll stay in Hadleyville and wait for the Obama Gang.

From The USCCB blog, and put together for your own convenience, our own edification, and the shame of the English bishops. The blue is theirs, the green is mine.

1. The Mandate does not exempt Catholic charities, schools, universities, or hospitals. These institutions are vital to the mission of the Church, but HHS does not deem them “religious employers” worthy of conscience protection, because they do not “serve primarily persons who share the[ir] religious tenets.” HHS denies these organizations religious freedom precisely because their purpose is to serve the common good of society—a purpose that government should encourage, not punish.

3. The mandate forces coverage of sterilization and abortion-inducing drugs and devices as well as contraception. Though commonly called the “contraceptive mandate,” HHS’s mandate also forces employers to sponsor and subsidize coverage of sterilization. And, by including all drugs approved by the FDA for use as contraceptives, the HHS mandate includes drugs that can induce abortion, such as “Ella,” a close cousin of the abortion pill RU-486.

4. Catholics of all political persuasions are unified in their opposition to the mandate. Catholics who have long supported this Administration and its healthcare policies have publicly criticized HHS’s decision, including columnists E.J. Dionne, Mark Shields, and Michael Sean Winters; college presidents Father John Jenkins and Arturo Chavez; and Daughter of Charity Sister Carol Keehan, president and chief executive officer of the Catholic Health Association of the United States.

5. Many other religious and secular people and groups have spoken out strongly against the mandate. Many recognize this as an assault on the broader principle of religious liberty, even if they disagree with the Church on the underlying moral question. For example, Protestant Christian, Orthodox Christian, and Orthodox Jewish groups–none of which oppose contraception–have issued statements against the decision. TheWashington Post, USA Today, N.Y. Daily News, Detroit News, and other secular outlets, columnists, and bloggers have editorialized against it.

6. The federal mandate is much stricter than existing state mandates. HHS chose the narrowest state-level religious exemption as the model for its own. That exemption was drafted by the ACLU and exists in only 3 states (New York, California, Oregon). Even without a religious exemption, religious employers can already avoid the contraceptive mandates in 28 states by self-insuring their prescription drug coverage, dropping that coverage altogether, or opting for regulation under a federal law (ERISA) that pre-empts state law. The HHS mandate closes off all these avenues of relief.

7. The rule that created the uproar has not changed at all, but was finalized as is. Friday evening, after a day of touting meaningful changes in the mandate, HHS issued a regulation finalizing the rule first issued in August 2011, “without change.” So religious employers dedicated to serving people of other faiths arestill not exempt as “religious employers.” Indeed, the rule describes them as “non-exempt.”

9. The new “accommodation” is not a current rule, but a promise that comes due beyond the point of public accountability. Also on Friday evening, HHS issued regulations describing the intention to develop more regulations that would apply the same mandate differently to “non-exempt, non-profit religious organizations”—the charities, schools, and hospitals that are still left out of the “religious employer” exemption. These policies will be developed over a one-year delay in enforcement, so if they turn out badly, their impact will not be felt until August 2013, well after the election.

10. Even if the promises of “accommodation” are fulfilled entirely, religious charities, schools, and hospitals will still be forced to violate their beliefs. If an employee of these second-class-citizen religious institutions wants coverage of contraception or sterilization, the objecting employer is still forced to pay for it as a part of the employer’s insurance plan. There can be no additional cost to that employee, and the coverage is not a separate policy. By process of elimination, the funds to pay for that coverage must come from the premiums of the employer and fellow employees, even those who object in conscience.

11. The “accommodation” does not even purport to help objecting insurers, for-profit religious employers, secular employers, or individuals. In its August 2011 comments, and many times since, USCCB identified all the stakeholders in the process whose religious freedom is threatened—all employers, insurers, and individuals, not just religious employers. Friday’s actions emphasize that all insurers, including self-insurers, must provide the coverage to any employee who wants it. In turn, all individuals who pay premiums have no escape from subsidizing that coverage. And only employers that are both non-profit and religious may qualify for the “accommodation.”

12. Beware of claims, especially by partisans, that the bishops are partisan. The bishops and their staff read regulations before evaluating them. The bishops did not pick this fight in an election year—others did. Bishops form their positions based on principles—here, religious liberty for all, and the life and dignity of every human person—not polls, personalities, or political parties. Bishops are duty bound to proclaim these principles, in and out of season.

What clarity of language. What admirable directness. What absence of the usual beating around the bush.

What a shame to have the bishops we have in England, where the Prime Minister is openly planning to introduce “gay marriage” as a matter of course; and no gauntlet in sight.

Kathleen Sebelius Or The Triumph Of Complacency 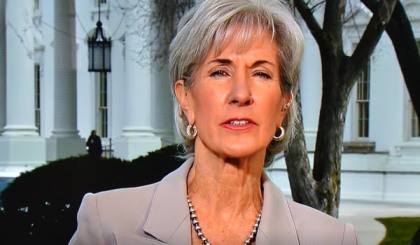 As most of you know or have understood by now, I am Italian. As such, I have coped with eighteen years of arrogance, vulgarity, complacency and at times outright stubborn stupidity from Berlusconi.

Still, one point must be clear: superficial as Berlusconi was, the government machine worked pretty much in the same way – by far not as inefficient as many seem to think, I assure you – and the rules of constitutional decency had to be observed out of fear of a complex system of checks and balances who would never allowed Berlusconi – though he loved to say so at time, or to threaten he would give it a try – to be prime minister, legislator and judge.

In short, even when Berlusconi was tempted not to do things properly, he had people around him telling him that he would have been eaten alive if he didn’t, and the needs of a coalition government meant he could never decided to do as he pleased.

Not so, it seems, with the Obama administration. Here we have a government attempting an unprecedented assault at religious liberty, and it turns out not only the bishops were not consulted beforehand, but even a legal opinion was not obtained. From the Catholic League: 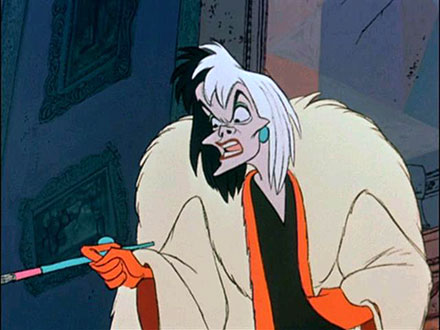 Under questioning from Sen. Orrin Hatch, Sebelius further admitted that HHS never subjected the religious liberty issues to a legal analysis, as requested by 27 senators. She also admitted that she never asked the Justice Department to consider this issue.

Honestly, this seems to me to confirm what I had written here: this row is not the result of a planned confrontation, but rather of unplanned complacency, superficiality or outright stupidity and absence of the most elementary common sense.

Sebelius can, perhaps, gain some bonus points with her knife-lipped feminists if she says she didn’t feel she had to consult the bishops because she thinks the president had done it on several occasions, which actually turned out to be one meeting with Archbishop  Dolan (what a monster of professionalism we have here, anyway; though knife-lipped feminists can’t be expected to see this). What she can never expect, is to be considered a halfway acceptable professional after she has admitted not even a legal opinion was obtained, in a matter whose constitutional relevance is such that even jewish and non-denominational organisations are suing the government.

Berlusconi himself would be, no doubt, appalled.

Comments Off on Kathleen Sebelius Or The Triumph Of Complacency