I am not sure I like the “cut” given to this video I have seen on Father z’s blog. Too much choreographic if you ask me, too “shouted”, with the camera techniques of cheap entertainment TV copied as if they were something genial rather than, say, now trite and vulgar. Though I must say I liked the musical part, also predictable in a way but, I think, rather more effective.

What is most effective is, I think, the message. Short and cut in short phrases but very, very much to the point.

The part I liked most is the end. I like to see a priest not afraid to say those who go against Christian (and democratic) decency should be punished at the ballot. In my eyes, the debate is going to come to the US Church anyway, so it is better to fight it aggressively now and make clear the Church will always tell their sheep what is Christian behaviour and what isn’t, no matter how many will call this “political interference”.

Last, the hand at the end. In Italy, it would be read as a simple “Two”. In England it would, I think, be read differently (the archers at Agincourt, and all that I believe). But again, always in England Winnie Churchill gave the “fingers” a lighter meaning, so much his gesture is showed everywhere.

If the meaning of the hand in that position is the “Winnie” one, I think it should have been avoided, as such gestures never become a priest anyway.

For the rest, methinks you may do worse than to spread the link around.

Vittorio Messori is, or so they say, the world’s most translated Catholic writer. He is certainly rather well-known in Italy.

Messori is linked with the Medjugorje “phenomenon” (the “pastoral” word for scam, and fraud), and he travelled there already at the beginning of the apparitions. Messori now tells us that he is very worried for the fact that the Vatican is investigating the facts.

First of all, let me say that I cannot escape the impression that Messori senses – as every sensible person – that Rome is finally going to drive over Medjugorje with the steamroller.

One is worried for the loss of something he cares about. I am **not** worried about Medjugorje, because I don’t care for heresies, lies and deception. Does he?

Messori’s “worries” are as follows:

“Whatever will be the decision of the Holy See, the damage will be severe”.

What? Truth causes “damages”? Since… 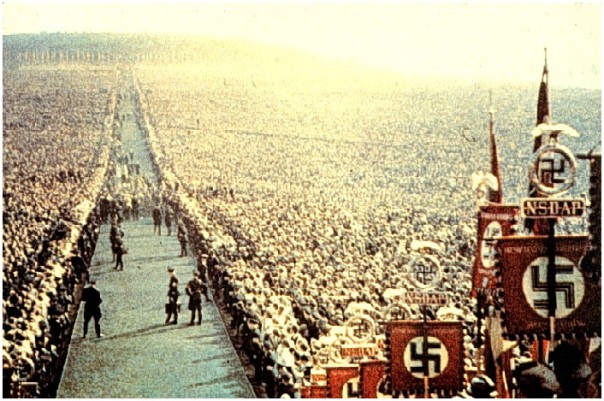 The HHS mandate supporters were present in good numbers.

“If the federal government succeeds in enforcing this rule, what is to stop it from rationing health care to seniors or including euthanizing procedures on the list of required ‘preventive services’ as a way of eliminating the costs associated with caring for our aging population?”

This rather pertinent question was posed in the statement issued by the Little Sisters Of The Poor. The latter, who are real nuns (=they dress like nuns, think like nuns, and act like nuns) have reacted to the consequences the Obama plan would have upon them.

You can read the rest in a brilliant blog post from Pundit & Pandette. Please note the Little Sisters Of The Poor care for 2,500 elderly in the US alone, some 13,000 worldwide.

This is just another example of the feminazi devastation the likes of Hitler Obama and Goebbels Sebelius are perpetrating at the cost of the American people, no doubt thinking (like Hitler, Goebbels and infinite morons before and after them)  they are doing some good, and improving the human race in so dire need of reformation from their Christian ways.

Comments Off on Sisters Against Nazism