What Non-Catholics Do Not Get 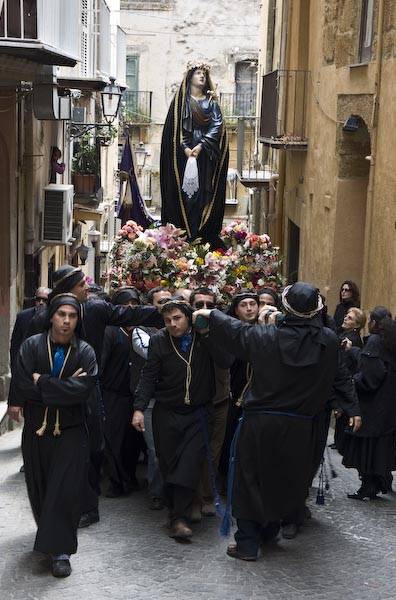 Try to explain this to a champagne liberal...

We have been all bored to death in the last days with the fantasy tale about the 98% of the Catholic women apparently using contraceptives. We have, also, been amused by the strange theories according to which this, provided it was true, would be proof that the Church is wrong on the matter.

But really, as a person raised up in a Catholic country and then moved here in Blighty, I can clearly see the differences between Catholic and… wrong thinking on this and many other matters.

In Catholic Countries, it is not that people do not behave wrongly. Of course they do. The big difference is that in those Countries people know they are sinning and are intelligent enough not to try to persuade themselves they aren’t.This creates the well-known phenomenon of the Anglo-Saxon speechless at how Southern Europeans get along with their sins, which leads them to believe they just do not care. They do care, my dear boy/girl/transgender Proddie. They care, very probably, much more than you’ll ever do on your saintliest day! They simply accept that they will never stop sinning more than the sun will stop shining. It’s not about being more sinful; its about being wiser.

Different is, it seems to me, the traditional approach in Protestant countries. Here, strong veins of puritanism run through the country, even among those who don’t really care for religion. Sin is, actually, not accepted in the sense that it must be obliterated. Therefore, the puritanical oriented will ruin their lives in the vain – nay, childish – attempt to overcome their sinfulness through a straight jacket of extremely severe prohibition, and general severity of demeanour. The others – nowadays, the vast majority – will solve the problem obliterating the sin, and deciding the Holy Ghost has now told them pretty much everything goes, provided you love Jesus and don’t kick the cat.

The ones likes the others can simply not live with the simple, human, Catholic concept of just knowing that by all our effort we will never stop sinning, because sinfulness is attached to us like breath and the one will only cease when the other does. The first will try to kill their sinfulness killing joy of life and common humanity in the process; the second will act after the motto: If you can’t win it, abolish it.

This being the mentality, it is not entirely surprising – though not less stupid – there should be people around thinking if Catholic women use contraception, it means they think it is right to do so. Please!

The reality is, of course, the opposite of this funny theory. Whilst many Catholic will not be entirely aware of the sinfulness of contraception,  vast numbers of them will be aware of it at some level, a level which – due to their dismal catechesis – never becomes more than a discomfort at knowing oneself at variance with the Church, but seldom becomes rebellion because the Church is at variance with them.

We are all sinners, and we are all weak. We continue to do what we know we should not do, and this we do because we are wretched sinners. As we become better instructed, a life of prayer slowly induces us to look with horror today at our failings of yesteryear; but it is a very gradual process, and a process which generally starts in earnest only when people go back to regular Mass attendance and generally ends only at death. Outside of this circle, disobedience to Church teaching is seen with no more than discomfort readily set aside and not really worrying, like the child who steals the marmalade and knows stealing is wrong, but still refuses to see himself as dishonest, and to recognise his act as theft.

Still, most children will say to you it is “somewhat” wrong to steal marmalade, and only a very small minority of Catholics will dare to tell you they are better judges of Catholic rules than the Church.

The Proddies don’t get this, and the liberals don’t get pretty much anything else so I am not surprised. In their world, one can’t be a wretched sinner: either they stop being sinners or the sin must stop being a sin; not in the theological sense of course, but in the way they approach the problem in everyday life. Thus, the abortionist “bishopesses” (Episcopalians), the homo bishops, and the catalogue of assorted madnesses, next in line the so-called homosexual marriages and one day, who knows, euthanasia.

The liberals do not even have the cultural means to understand the Catholic thinking. They apply to Catholic thinking their own utterly flawed reasoning patterns. They can’t conceive someone admitting himself guilty, when they themselves obviously never are. They know nothing of wanting to be strong enough, and failing to do it. They cannot even conceive that a person might do what is wrong, and know it is wrong. Hey, if put in the same situation they would just decide it is not wrong anymore! So there, Catholics think the Church should change Her rules on contraception!

← “Stand Up For Religious Freedom”: Site And Call To Rally
Remove Dante From Schools, Says UN “Consultant” Body →
%d bloggers like this: