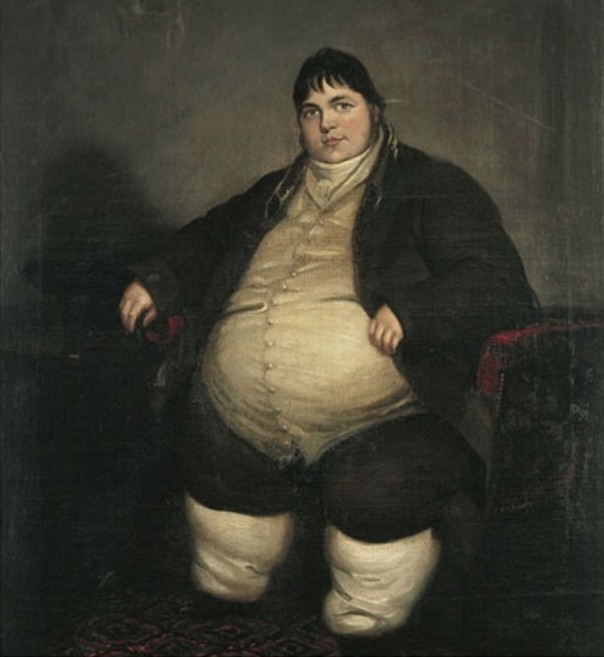 Having had the privilege of living in what can be called as different cultures, I can give my readers a perspective – a subjective one of course, but I think a widely shared one – about the issue of gluttony.

In Italy, gluttony as a concept is still alive and kicking. When I was at school, the teachers did not hesitate in publicly scolding overweight children – children who in today’s britain would not even be called fat – as “gluttons”, and there was an icy atmosphere in the class as an eight-year-old girl was ruthlessly exposed as an example of wrong behaviour, or a nine-years-old boy as a menace to his own happiness.I remember very, very clearly no one in the same class would have ever thought of branding such scoldings as “insensitive”. Everyone, and I mean everyone, knew they were made out of sincere interest for the health – moral or physical, according to the single teacher – of the young pupil.Social control worked – and still works – rather well.

The same mentality you would encounter outside the classroom. In Italy there is a certain way of thinking, by which a moderate amount of fat is still considered OK. The “fat” southern Italian mamma was never considered an example of gluttony, and the well-rounded man a’ la Peppone in the Don Camillo movies a universally accepted figure. Still, they would both be called, if not gluttons, certainly fat.

The line was drawn when the fat began to be an impairment, or eating a clear priority in one’s life. People started to be called obese far before they reached the extreme I see here in Blighty, whilst the latter example (people literally unable to walk and moving around in electric chairs, or fat to the point of circus attraction deformity) were basically non-existent.

The situation was not much different in Germany, a country still largely dominated – in those times at least, that was before Merkel and so-called same-sex marriages – by a broadly intended Christian thinking. Whilst the point at which one is considered fat was somewhat shifted, the thinking was largely the same. In both countries excessive, deformity-inducing fatness – which one could see over there every now and then, though it was rather seldom –  was considered a sure sign of an uncontrolled character, an immoderate lack of every discipline and, in general, a sign of gravely immature character to say the least.

Then I moved to England. Together with the great shock of noticing Christianity was an option, rather than a standard (which is, in short, what prompted this very poorly instructed, non-practising, confused Catholic to start deepening Catholicism and, in time, to start going to Church again, greatly encouraged by the presence, in this country, of those assertive, orthodox Catholics I had never found in Germany), I noticed a different attitude to a lot of things; very notable among them, gluttony.

Gluttony as a concept is, in this country, non-existent at the level of the general population, and I wonder how present it is even among Catholics, and among church-going Catholics. The general idea seems to be that whilst obesity is a health problem, the culprits for the problem are to be largely looked everywhere but in the obese people themselves. From McDonald to Coca-Cola, from consumerism to TV advertisements, to lack of proper education pretty much everyone and everything is made responsible for the (very evident) problem of obesity, but gluttony.

The problem is made worse by the omnipresent culture of understanding for pretty much everything under the sun – a country who doesn’t have the guts to condemn sodomy will never have the guts to tackle gluttony -, engendering a mentality where an immoderately obese person can think he is entitled to various benefits (from those ridiculous electric vehicles to surgical operations when they massacre their knees with beautiful regularity) without anyone questioning the wisdom of such mentality. When the national health service decided a person weighing 180 Kg would have to get down to 140 Kg before being entitled to a knee operation, there was a socialist uproar. Gluttony was, of course, nowhere to be heard in the debate.

And so it happens that a country throwing away every Christian concept – which are not only divinely ordained, but conducive to a healthier and happier life – then throws money at the problems this abandonment has created, and cannot notice the cul-de-sac in which it has put itself. As I write, gluttony is never seen as such; you have rather two opposed fractions of nannies opposing each other: the health nazis who want to kill every joy in life and see obese people as a public enemy; and the socialist fraction obviously patronising them and giving the responsibility for their deformity to everyone who is not the obese people themselves.

In all this, Christianity is not to be seen. Absolutely nowhere, not even in the stance of the Church who would, once, have acknowledged the existence of such a sin as gluttony and has, today, all but forgotten it.

Guess whether they will manage to solve the problem with the same un-PC efficiency the Italians do.

Posted on March 25, 2012, in Catholicism and tagged Conservative Catholic, conservative catholicism, Gluttony, Obesity. Bookmark the permalink. Comments Off on Gluttony.