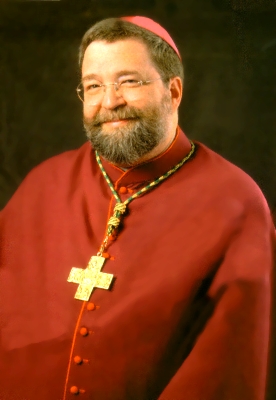 The faculty members were terrified when they realised the bishop was, actually, Catholic...

When he bravely spoke against the Nazi Obama politics, I invited to make three cheers for Bishop Jenky.

Predictably, many members of the faculty were of different opinion. With the usual shamelessness so typical of the liberal, they call the comments of one who dares to point out to a genocide of more than Holocaust proportions “incendiary”. As this is a liberal university, the cry of being “insensitive” could also not fail to make his incensed appearance.

It is interesting to show the way of thinking of these people. Please reflect they work in the faculty of a Catholic university:

“We accept that Jenky’s comments are protected by the First Amendment, but we find it profoundly offensive that a member of our beloved University’s highest authority, the Board of Fellows, should compare the president’s actions with those whose genocidal policies murdered tens of millions of people, including the specific targeting of Catholics, Jews and other minorities for their faith.”

And the difference with abortion is….. where exactly? Let me look: is there an explanation of why an abortion be anything different from the killing of a baby? I will,  for the sake of charity, gloss over the despicable attempt to hide behind the Catholic victims of those same Nazi cruelty we see at work in the Obama camp every day.

If memory serves, though (and I think it does) this university is the same one happy to rub itself against Obama, inviting him to give the commencement address a couple of years ago.

Not much has changed in their attitude, and I wonder how long will it take before it does.