Methodists Vote Their Own Theology On Sodomy. For Once, They Vote Right. 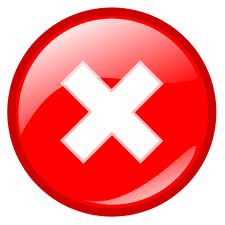 As a Catholic, I never cease to be amazed at the very concept a group of faithful calling themselves a church can think of voting their own theology, the same way as a council would vote whether they want a new bridge or to enlarge the hospital. Apparently, the thinking behind that is that  the Holy Ghost guides them. So if community A is guided in a way and the neighbouring community B is guided in a different one…

This, let me say this, utterly ridiculous and childlike system of deciding what is right and what is wrong must not necessarily lead to the wrong results.  Let us say, there is on average a 50% probability they will do what is right. This happened to the biggest US mainstream Protestant denomination in the US, the Methodists.

The Methodists have defeated attempts to modify their own theology in a way which “includes” perversion. The political correctness on the proposed formulations leaves one speechless: what does it mean to say homosexual are “people of sacred worth?” As human beings, of course they have sacred worth. But is their perversion worth anything?

To have an idea of the errors of Protestantism,  please consider another motion called for the acknowledgment we have “limited understanding” of homosexuality and (hold fast) should  “refrain from judgment regarding homosexual persons and practices until the Spirit leads us to new insight.” This is absolutely fantastic: if something is not after my liking, I will “refrain from judging” until the “Spirit” mysteriously changes his mind and “leads me to a new insight”.

Then there is the idea one shouldn’t use “incompatibility language”. Whence they do get all these stupid expressions is beyond me, but they must feel smart.

Still, even in the middle of this democratic madness it appears a majority has refused to throw Christian values out of the window, and has rejected all motions seeking to water down the Christian position on sodomy. This, notwithstanding a debate tending to persuade them that if they aren’t inclusive, they will be responsible for many suicides.

Some of the delegates maintained some freshness, like the one comparing homosexuality to bestiality; which should actually be rather normal; unless you are a Methodist, in which case it’s use of “incompatibility language”.

The incestuous and pedophiles now want to be made “compatible”, too.

Otherwise, they will commit suicide.

And it will be all your fault.

Kudos to our proddie friends, anyway. At least, to that 54% who got it right.

Comments Off on Methodists Vote Their Own Theology On Sodomy. For Once, They Vote Right.

The scale was in need of repair.

After many years in which the Catholic Church in the US (and elsewhere, no doubt) has chosen the necessity not to enter the political arena as a comfortable excuse to do nothing, once this state of things ends and the Church starts (not a day too soon) to openly defend Catholicism in what, unavoidably, involves decisions of political nature, it is to be expected the calls to punish the Church for being Catholic could not be far away.

This is now punctually happening, with the great homily of Bishop Jenky (already commented on this blog) likely to attract the unpleasant attentions of the IRS.

It goes without saying this is another attempt of the secular society to do Obama a favour and silence the Catholic voices within the country.  I am surprised, though, such cries of foul play and unpleasant attention do not take place when Catholic bishops criticise, say, proposed changes to immigration laws, or proposed cuts to welfare expenses, or the like.

I do hope the US Bishop will react to such challenge (so it comes; and if you ask me, it will come) falling like a ton of bricks on whoever tries to silence them. They are in the middle of the ball and, as they say in Italy, now have to dance. It is better to attack with all weapons than to keep a low profile and hope the matter will die away.

It most certainly won’t, and Bishop Jenky is only the start.

Comments Off on Church And Taxes

Michael Voris On The Bad Nuns…

This video is in itself nothing extraordinary. If you read this blog, you know all this already.

What I find extremely refreshing is the energy with which Voris exposes the boundless hypocrisy of the nuns raping Catholicism (or Christianity tout court) for many decades, and then crying…. rape when someone suggests they try to change their way, if they can.

In fact, the only point I disagree with Voris in this video is the repeated use of the word “crackdown”. Doesn’t look much like a crackdown to me as precious little will be cracked in any way, shape or form. Again, it seems to me more like an open fatherly rebuke and the start of a very gentle process of, hopefully, reform. I also did not know of the vile attempt to mix together saintly women of the past, and wiccans of the present. Astonishing.

The result of the softly softly approach is that the witches scream as loud as they can anyway, and the Vatican appears to have been, perhaps, too harsh on the old ladies, at least to the uninitiated and uninformed.

Alas, we live in times where common sense is considered uncharitable.