← Now Anglicans Have Their Own Guarnizo
SSPX (Williamson) On Homosexuality → 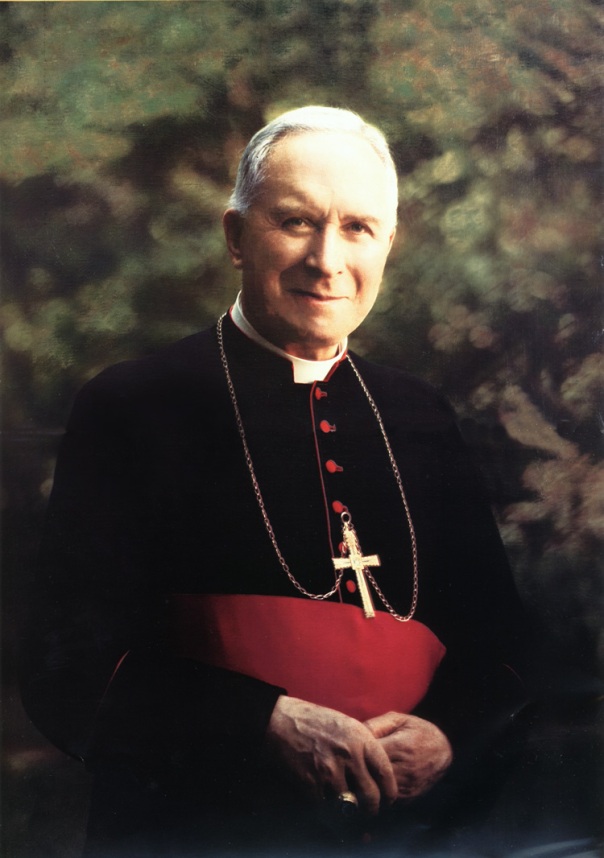 He certainly did not insist in not being reconciled: Archbishop Lefebvre

Speaking in Germany (as always, Rorate Caeli has the story), Father Pfluger made clear as follows:

1) Initially, the position of the SSPX was that there would be no agreement without a full theological reconciliation. Whilst this position may appear a bit too much Williamson-style, one must understand the possibility of a reconciliation without settling the doctrinal disagreements did not really seem in the card.

2) When it was clear – as it had to be clear from the start – such an agreement would not be reached, the possibility was sounded for the SSPX to be reconciled without the differences being settled. This is, I think, the general element emerged from the now famous joint press release in September. What other price was to be paid, we do not know.

3) The SSPX has complained on several occasions – and I have written about it – that there was the fear of being silenced, or being more or less tacitly expected to stick to the Vatican line after the reconciliation. This has, says Fr Pfluger, also gone away from the table. Personally, I think we are here rather in February/March, when it was clear Benedict was facing the very real prospect of going to meet His maker without any reconciliation with the SSPX, and wisely decided to yield.

4) At this point a rather strange situation was created: the Vatican offers the SSPX full reconciliation without the latter having to change a iota of what they believe, or having to be afraid for their autonomy of action: why should they refuse such a concession? Why would Archbishop Lefebvre have ever refused such an offer, had it been made in his own time? It is perfectly logical to say that to refuse reconciliation at these conditions would be tantamount as to consider the entire Church edifice as evil. This is, as Fr Pfluger very rightly points out, not traditionalism anymore, but outright sedevacantism, and seen in this perspective it does make sense the Pope should prospect a new excommunication if no agreement is reached. Not, mind, because there would be no agreement, but because there would be the refusal to have anything to do with Rome in the first place.

This, if I understand correctly, is the situation the SSPX found itself in when Mid-March came, with the reconciliation a fruit the SSPX only has to stretch its hand to pluck; unless, of course, it thinks the tree itself is poisoned.

This makes sense of a couple of things: the vague rumours of “excommunication if you do not agree”, which put in that way seemed the most childish threat ever made; the back-and-forth of an agreement discussed, then prospected, then refused when offered at the price of factual acquiescence,  then offered again without strings attached; and lastly, the fact to this day Bishop Williamson has been to my knowledge admirably silent on the matter, hopefully recognising at this point resistance to the reconciliation would be tantamount to  sedevacantism.

The last background on the talks comes from a person who was active part of the negotiations and is therefore highly credible. It is also, I believe, part of that concerted effort to prepare the SSPX troops to the reconciliation, reconciliation which to some of them must appear a bit like Italy’s 8 September 1943.

I can’t say Fr Pfluger words make for a bad reading. Actually, I found his arguments highly enjoyable, and the reasoning highly practical. More surprisingly, I found the other side highly practical and very wise too, though I would personally attribute this more to a personal decision of a Pontiff knowing his time might be rather limited, than to a substantial and determined pro-SSPX fraction in the corridors of the Vatican.

We shall see; but I think we’ll very much like what we see.

Posted on May 5, 2012, in Catholicism. Bookmark the permalink. 6 Comments.