“Sister “of the LCWR prepares lunch for the supporters.

Domine, da mihi hanc aquam has a beautiful fisking of one of the many articles appeared in the secular/leftist/abortionist/pervert press about the Vatican rebuke of the LCWR.

Besides making interesting  reading in itself, the blog post is interesting because it shows the extent of media manipulation in these matters, and the total absence of every journalistic ethics in reporting the facts. The “fisked” article seems, in fact, rather the work of an overexcited student than the product of what should be a professional journalist.

Apart from this, it must be noted how these “protests” reach, basically, no one apart from some nut cases, no doubt with some perverted priest among them. It is, in fact, funny to think if the Chicago Sun-Times came with two people (say: a journalist and a photographer), this was enough to inflate the total number of wackos who chose to sit on the (we are told) non air-conditioned church (what a sacrifice, uh? ) of more than 1%.  This, in a huge diocese with more than 2 million Catholics.

If this is support, I’d prefer my causes not to be supported.

Comments Off on Witches, Vatican, Wackos.

I know, it may seem obnoxious, but then I am obnoxious…

It seems to me there is so much to be gained. If this movie survives the first weekend and goes to a reasonable success, this will contribute to keep the very actual issue of religious freedom in the foreground.

Besides, the movie being so unashamedly Catholic (which is one of the main criticisms posed to it) I think it not improbable this will contribute to a number of conversions, and certainly do a lot of good to the image of Catholicism in the US.

I reflect that there are thousands of us out there running Catholic blogs. All very fine of course, but one film of these can do as much as thousands Catholic blogs together.

Then there is the sheer fact of the rarity of such events. We are not in the Fifties or early Sixties anymore and such productions have become rather rare. You need to have people like Mel Gibson, or like the production house which made this movie.

They don’t grow on trees; $20 million productions are rarer; and the possibility of going out on 700 screens are rarer still.

By 700 screen this weekend there should be plenty of opportunity to go and see this movie even in a country the vastness of the United States. Next weekend they could actually be zero, or a couple of dozens, because if the movie flops with 700 screens I can’t imagine it will be given another weekend to see if during this one everyone was sleeping.

Please email, phone, put the movie in your conversation with friends, explain the dynamics of the cinema distribution (that is: if this weekend doesn’t work, there will probably be no second weekend), do what you can to help this movie be a success. If it is, there will be other productions like this, and Obama will have a problem more. If it isn’t, the Obama camp will think Catholics don’t really care, and they can eat them alive after the reelection.

There is so much more at stake here than the money of a cinema ticket.

The Horror Of Abortion Explained By A Practitioner 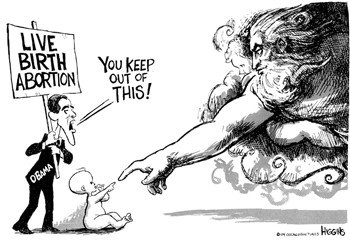 This is a part of an interview (video included) from a doctor who has performed more than 100 of these second trimester abortions.

The doctor’s explanations make for a very shocking reading, so if you are the impressionable nature you may want to stop here and take it from me it is truly shocking.

All the other please read:

Imagine, if you can, that you are a pro-choice obstetrician/gynecologist like I once was. Your patient today is 24 weeks pregnant (LMP). At twenty-four weeks from last menstrual period, her uterus is two finger-breadths above the umbilicus. If you could see her baby, which is quite easy on an ultrasound, she would be as long as your hand plus a half, from the top of her head to the bottom of her rump, not counting the legs. Your patient has been feeling her baby kick for the last month or more, but now she is asleep on an operating room table and you are there to help her with her problem pregnancy.

The first task is to remove the laminaria that had earlier been placed in the cervix, the opening to the uterus, to dilate it sufficiently to allow the procedure you are about to perform. With that accomplished, direct your attention to the surgical instruments arranged on a small table to your right. The first instrument you reach for is a 14-French suction catheter. It is clear plastic and about nine inches long. It has a bore through the center approximately • of an inch in diameter. Picture yourself introducing this catheter through the cervix and instructing the circulating nurse to turn on the suction machine, which is connected through clear plastic tubing to the catheter. What you will see is a pale yellow fluid the looks a lot like urine coming through the catheter into a glass bottle on the suction machine. This is the amniotic fluid that surrounded the baby to protect her.

With suction complete, look for your Sopher clamp. This instrument is about thirteen inches long and made of stainless steel. At the business end are located jaws about 2 inches long and about 1/2 an inch wide with rows of sharp ridges or teeth. This instrument is for grasping and crushing tissue. When it gets hold of something, it does not let go. A second trimester D&E abortion is a blind procedure. The baby can be in any orientation or position inside the uterus. Picture yourself reaching in with the Sopher clamp and grasping anything you can. At twenty-four weeks gestation, the uterus is thin and soft so be careful not to perforate or puncture the walls. Once you have grasped something inside, squeeze on the clamp to set the jaws and pull hard – really hard. You feel something let go and out pops a fully formed leg about six inches long. Reach in again and grasp whatever you can. Set the jaw and pull really hard once again and out pops an arm about the same length. Reach in again and again with that clamp and tear out the spine, intestines, heart and lungs.

The toughest part of a D&E abortion is extracting the baby’s head. The head of a baby that age is about the size of a large plum and is now free floating inside the uterine cavity. You can be pretty sure you have hold of it if the Sopher clamp is spread about as far as your fingers will allow. You know you have it right when you crush down on the clamp and see white gelatinous material coming through the cervix. That was the baby’s brains. You can then extract the skull pieces. Many times a little face may come out and stare back at you. Congratulations! You have just successfully performed a second-trimester Suction D&E abortion.

If you are wondering whether the baby is still alive at least at the beginning of this monstrous procedure, you can rely on the testimony of an abortionist doctor reported in the article. Apparently, the man is still active as abortionist doctor and these are his word:

“I don’t really know. I know that the fetus is alive during the process most of the time because I can see the fetal heartbeat on the ultrasound.”

Let me repeat this once again: the abortionist doctor who does not know whether the baby is alive whilst he butchers him in instalments is continuing the activity to this day.

We are – and rightly so – instructed about the doctors in Auschwitz, and can barely believe there are people able and willing to perform such atrocities. We are shocked at the cruelty of the Nazi regimes. But one important difference is that the activities of Nazi doctors – as the Holocaust itself – were concealed from the public opinion, whereas modern abortion practices are legal and practised under the sun.

It is a shocking, shocking truth of our times we learn more and more from the Nazis – abortion, euthanasia – but surpass them in our brazenness to have the atrocity openly practised even when the Nazis kept theirs – as they could – away from the public eyes.

It is a fact Hitler systematically removed every direct link between himself and the Holocaust, knowing this would have been enough for his future followers to deny his involvement in the matter.

Obama does not have this kind of scruples. He positively wants future generations to know what a monster he is.

I do not know whether I am the only one, but the concept of “patience” as practised in the Vatican corridors seems rather odd to me.

Whenever heresies or grave acts of disobedience arise, the Church reacts with such slowness, in comparison a sloth looks like Usain Bolt. The thinking here appears to be that one doesn’t have to rush things, and “the Church has always time”, and “the Church thinks in centuries, not years”.

But then one wonders why the same thinking is applied so selectively. If there is so much time, and the Church thinks in centuries, why was the battle against abortion not started, and aggressively so, when abortion legislation swept the Free World?

“Ah, this is because the Church is attentive not to engage her weight in battles she knows are lost”, is the mantra I used to hear in years past. The reasoning goes… 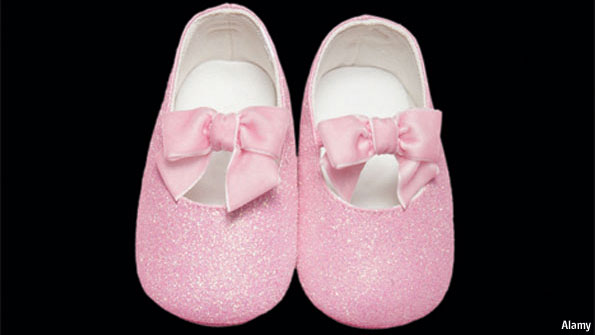 And so the PRENDA, the Prenatal Nondiscrimination Act, which would have made it illegal to kill a baby in the womb because of his gender, has failed to get the necessary 2/3 majority.

Planned Parenthood was obviously opposed to the bill: they plainly admit to proceed to gendercide (“Good morning Mr Chang. Your wife is expecting a girl? Bad, uh? Don’t worry, we’ll deal with the problem”) and clearly would not want to have any abortion banned, for  any reason. The health of the girl is clearly at stake… erm…

Still, the bill was also opposed by the President, who was in this occasion not concerned about the “war on women”, but on the way of protecting the doctors who fail to see the intent behind the abortion.

I gather from this the President is concerned about the women who have already been born or who, more specifically, vote; but he is rather less concerned about a gendercide largely at the expense of women taking place every day, even on American soil. Therefore, an army of innocent little girl will have to die so that the irresponsible and egoistic behaviour of Obama’s voters can go on undisturbed.

Once again, it appears very clearly that so-called “pro-choice” liberals are the new Nazis.

Comments Off on Obama’s War On Women