LCWR’s “Magisterium Of Nuns” Might Be Punished At Last. 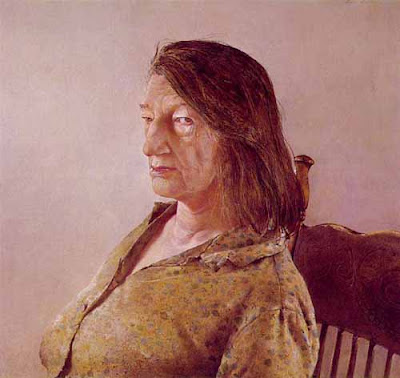 She told the Pope “my Magisterium is better than yours”.

Everyone knows “open” is the way diplomatic circles use when they want to say a discussion has been totally useless. The same diplomatic tones are used by the Vatican to describe the meeting with that bunch of failed men going under the name of “LCWR”. This tells us the ladies were as bitchy as can be reasonably expected from them.

This would be in itself not really news, and my esteemed readers could well wonder why I waste their time in mentioning this.

I do, actually, because it appears the diplomatic niceties had a less diplomatic “tail” in the declaration of William Levada after the fact. The otherwise perfectly useless Fishwrap reports the story, and one could almost think – if one would not know the way the Vatican works – that the Vatican is now preparing to bite.

Cardinal Levada said it very bluntly: if the LCWR does not change their ways, the Vatican will simply withdrawn from them official recognition, basically not allowing them to say they represent the leaders of communities of so-called religious sisters.

One is pleased at the fact the Cardinal even mentions some form of sanction; but one cannot avoid thinking the following:

1) mere weeks after the decision to start with the “re-education” of the witches, the possibility of the success of this undertaking is openly doubted by the same people who are responsible for them. This might show an always welcome realism, but also the silliness of thinking the re-education might have worked in the first place.

2) the “sanctions” ventilated by the Cardinal are against the organisation, not against the people who have created today’s mess. Put in crude terms, the sisters would be able to continue abusing Church resources and living at the expense of decent Christians (both living and dead); there’s no talk of excommunication, or of kicking the worst among them out.

3) Taking away official recognition from the LCWR would not make any very big change: the organisation would remain, and would continue to boasts of their rebellion. The liberal media would pet them like it’s going out of fashion.

I wonder how the Cardinal think his strategy would work.

Posted on June 13, 2012, in Catholicism, Dissent and tagged Cardinal Levada, CDF, Conservative Catholic, conservative catholicism, Magisterium of Nuns. Bookmark the permalink. Comments Off on LCWR’s “Magisterium Of Nuns” Might Be Punished At Last..