Gaystapo: Brazil Shows The Turning Of The Tide

If there’s a country where perversion is accepted as a lifestyle by a sizeable minority of the population this is, alas, the once rather uniformly Catholic Brazil. Alas, times have changed and nowadays the countries boasts a high degree of “tolerance” towards every kind of sexual perversion. You would think this is one of those country where a politician has nothing to lose in espousing the so-called “gay rights” agenda.

As you well know, the vast majority of elected politicians are legalised prostitutes, ready to approve and support every fad – no matter how morally repulsive, or economically stupid – for the sake of short-term survival. We have seen this in recent years with the “environmental” craze and with the sodomites’ movement, both episodes of a moral or logical madness accepted for the sake of the electoral return.

Sadly for the perverts  and the environ-mentalists, in works also the other way around. The elected politician, always with his very fine nose in the air, will soon catch the wind of change and will react accordingly, accurately avoiding the identification with his heroes of yesterday.

Again, it helps to think of an elected politician – particularly in “first past the post” country, like England – as of a prostitute, trying to retain and, if possible, expand her client bank.  Being a prostitute, morals has nothing to do with what she does to please her clients: she will simply do whatever helps her to retain them. As soon as she sees the danger of the clients going away, she will change her tune with astonishing, and utterly moral-free speed.

We assist to the same process in Brazil, where so-called gay pride parades are rapidly sinking. They sink in everything: funding, popular participation, and popular support.  The (obviously) bitching remark of the president of the parade association, that

“The candidates who were not at the Parade or didn’t interest themselves in make contact and get to know us, are people who do not have a broad vision of politics, or don’t want to diminish discrimination and prejudice,”

only shows the impotence and rage of the little pervs. “Whoever is not with us is an enemy of the people” does not work anymore in Brazil, and if the Church wakes up a bit this might become a very interesting Christian battleground. As I have often written, Catholic culture has very deep roots, and even those who do not attend Mass will not so easily espouse pagan thinking, though if nothing changes their children are most certainly at risk and their grandchildren probably will.

But this is interesting: when a mass phenomenon attracts the attention of the political prostitutes (again: the majority of professional politicians, particularly in first-past-the-post systems) it means it is becoming noticeable, and it is becoming dangerous to ignore it.

If the next pontificate will give us courageous bishops and a Pope with a modicum of bite, I’ll say the Gaystapo will be liquidated in very few years, exactly as it has already happened with the Environ-mentalists.

Comments Off on Gaystapo: Brazil Shows The Turning Of The Tide

For Once, Dan Savage Is Right About “Faggots”. 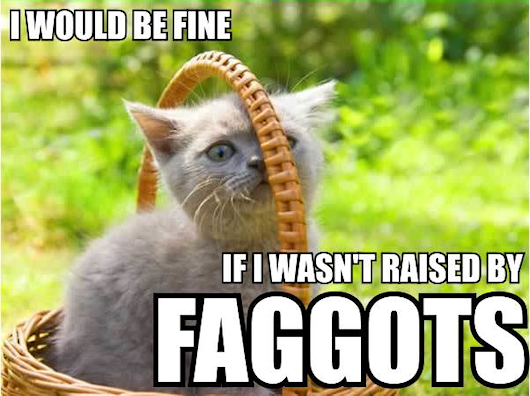 Dan Savage is, of course, a despicable pervert.

But being a pervert does not prevent one from being, occasionally, right. Mrs Savage managed it with his recent assertion that the so-called GOPride people are “faggots”.

Of course they are, Mrs Savage.

They are, because they are like you.  So, what logical conclusion will you draw from this?

Still, we must not expect any kind of logical reasoning from people like him. Hysterical bitching and hate of each other is far more probable.

Faggots, all of them.

Each one of us is, at some level, aware of the uniqueness of being “the real thing”. You can buy whatever cola you want at the supermarket, but however its advantages it will never be “the real thing”. Similarly, all those products or brands which are perceived as to be “the original” have a very special place. Monsieur Lacoste certainly did not invent the polo shirt, but he reinvented its use, and made of it a brand now followed and imitated worldwide. The same can be said for many other products and brands, of which Apple is perhaps the most spectacular seen in recent times (but there are others; for us Italians, Della Valle’s “Tod’s” is another brilliant example). There is an element of truthfulness in the “original”, that cannot be denied. A shoes which tries to imitate another brand of shoe is, obviously, still a shoe, but it will… 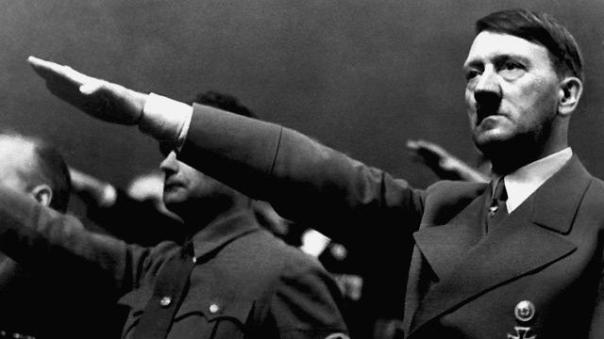 Take away the stretched arm, and you have the typical liberal judge.

As a man coming from a so-called civil law country (a legal system common to most countries in Continental Europe, in which judicial power is much more restrained than in Anglo-Saxon, common law systems) I never cease to be amazed at the power elected democracies leave in the hands of people with either none or only indirect democratic representation. The result of the system is that small cliques of “progressives” (which very often means “perverts, Nazis,  and their friends”) judges can demolish one piece at a time the Christian edifice of a country, possibly for their own personal advantage (see the faggot judge of California’s “Proposition 8”).

A telling example is the recent Canadian decision about assisted suicide, with a woman behind the decision (I thought they were against the “judging”; but it must only apply when they don’t like the judgement) of striking down the law which declares assisted  suicide “unconstitutional”. I hope this will have further episodes.

Still, it turns out the woman is, as you would expect, an old abortionist,and it is certainly not surprising she should now take position against the protection of life (and democratic representation be stuffed). She who is able to approve the killing of unborn children will certainly not have any problem in killing old people.

We cannot know whether the lady is planning to take advantage of her decision on her own skin (these judges hate to do illegal things, I am told) and as a Catholic I can certainly not suggest that she do so. On the contrary, as a Catholic I have the unsavoury but, in the end, salutary duty to pray for the old female ungulate.

In the end, if she repents there will be, during the appropriate punishment in purgatory, sufficient time to regret the decision.

If she doesn’t, the time will be much longer.

Comments Off on Canada: Feminist Activist “Judges” For Suicide