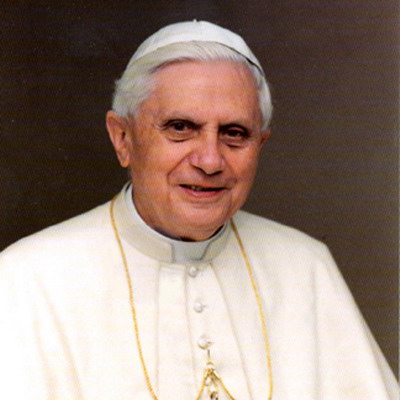 Forget ++ Di Noia. This is the one calling the shots.

Once again, we have a small change in the Vatican and once again, the Internet is alive with speculations as to what this might mean for the SSPX-Vatican negotiations.

I am always amused at this exercise by which a huge elephant is in the room, and so many commentators stubbornly refuse to see it.

Now, Father Schmidberger may have his diplomatic reasons to say that the appointment of Archbishop Di Noia to the position of main negotiator with the SSPX might be a positive sign, and he is right in sending a signal to the Holy Father that when the Vatican abandons unrealistic demands, the door of the SSPX is always open. It is, also, perfectly fine he does not say who is, in the end, the responsible for the “ping-pong ball treatment” reserved to the Society. Once again, and even after having been abused and lied to, the SSPX shows real charity and a sincere desire for – proper – reconciliation.

What in my eyes is not realistic is to think that this or that appointment of this or that person may really change anything in the fundamental question: either the Pope (not Levada; not Di Noia; not Gaenswein; The Pope)  accepts that the SSPX will not change its position on Vatican II, or there will be no agreement. Not now, not in two years’ time, and not if the Pope lives to be 120.

Please note unless I am mistaken the incardination of Ecclesia Dei under the CDF has not been changed; therefore, Di Noia’s immediate superior is still Cardinal Levada. Please also note Cardinal Levada was supposed to retire… today, and as far as I can see he is still there. Ditto Gaenswein.

Therefore, at the moment I do not see any change in the position of the Pope (not Levada’s; not Di Noia’s; not Gaenswein’s; the Pope’s) that in order to reach an agreement the SSPX must swallow Vatican II whole. We know this is the position of the Pope because we know the Pope isn’t doddering, and we know he can write, use the phone, send emails and surf on the internet. Therefore, if he were minded to  consent to regolarise the SSPX’s position (leaving the doctrinal discussions to a later stage), and would – incredibly, as they are his own people, and still at their places – not entirely trust Gaenswein, or Levada, or Di Noia, or whomever else, he could simply grab the phone and be done with it in just a few minutes. Something like that:

Hallo, Bishop Fellay? Thanks, excellency, hope you too. Zis is just to tell you I am faxing over ze doctrinal declaration. Yes, it’s all fine. How’s ze veather by the vay? Here is very varm… You’re velcome, excellency. It vas a pleasure”.

Five minutes, top; including the waiting, and the fax transmission.

Where there’s a will, there’s a way. Particularly if you are the most powerful man on Earth.

In this case, I begin to think there is simply no will. What is wanted here is either an unrealistic conversion of the SSPX to V II bollocks, or a rather shameless attempt to split them in the middle – as already attempted with the FSSP; I forget who was one of the main architects of the operation at the time… – dangling in front of them the bait of the reconciliation, and hoping that some back and forth and some broken promises will move them to cave in in the end.

Someone at the Vatican is being too clever by half. Not good.