← Mary Ever-Virgin: Meet Pope Paul VII
Archbishop Mueller’s Attitude Towards The SSPX, From His Own Mouth →

It is an article of faith that Mary is Mother of the Lord and still a virgin. … Christ, we believe, came forth from a womb left perfectly intact 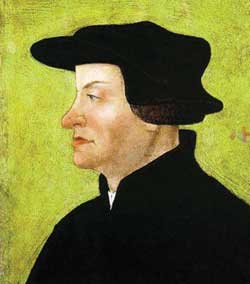 Ulrich Zwingli, another prominent heretic of the XVI century, expressed himself on the perpetual virginity of Mary as follows:

I firmly believe that Mary, according to the words of the gospel as a pure Virgin brought forth for us the Son of God and in childbirth and after childbirth forever remained a pure, intact Virgin.

I do not have texts concerning that other prominent heretic of the time, John Calvin, but I am informed from an EWTN link (whence the other quotations also come) that he upheld the perpetual virginity of Mary. 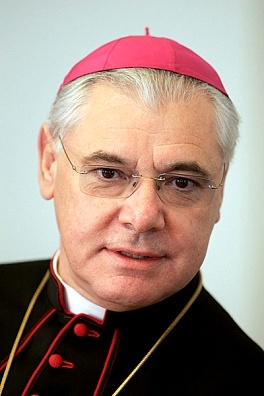 Now let us see what a prominent heretic of the XXI century, Gerhard Mueller, thinks about the matter:

[The doctrine is] “not so much concerned with specific physiological proprieties in the natural process of birth (such as the birth canal not having been opened, the hymen not being broken, or the absence of birth pangs), but with the healing and saving influence of the grace of the Savior on human nature.”

It is clear that of these four heretics, the first three still cling to the traditional Christian understanding of the Perpetual Virginity of Mary. Heretics as they were, they still got something right here and there.

The fourth heretic, on the contrary, is completely detached from 2000 years of Christian belief.

One finds it, therefore, rather surprising that this chap be put at the head of the Vatican congregation entrusted with the task of… protecting Catholic doctrine.

It is fair to say Martin Luther would have been more fitting for the job.