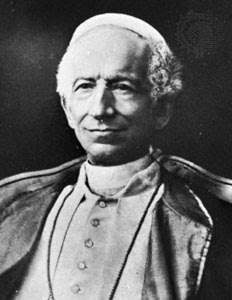 The appointment of a practicing Catholic clearly in favour of fiscal sanity for the position of Vice President should the US get a change from the… change will very probably cause a lot of discussions about the so-called “preferential option for the poor”. Let us, therefore, see a bit more in detail what this “preferential option” is, whether it can – once properly intended – teach us something new, whether it represents something in harmony with what the Church has always believed and, most importantly, whether lefties have any right to try to take Catholic social doctrine as hostage to push their own socialist agenda.

A rather clear (not easy to find: post -Vatican II documents are always such a senseless waffle…) definition of the “preferential option for the poor” is, in my eyes, this one:

As followers of Christ, we are challenged to make a preferential option for the poor, namely, to create conditions for marginalized voices to be heard, to defend the defenseless, and to assess lifestyles, policies and social institutions in terms of their impact on the poor. The option for the poor does not mean pitting one group against another, but rather, it calls us to strengthen the whole community by assisting those who are most vulnerable.

The “preference” here is not in the conditions themselves (that is: you do not have to give the poor any “preference” because they are poor, which would mean to discriminate against those who aren’t), but in the kind of enhanced attention that a Catholic society must give to the problem of poverty. Similarly, the assistance is not, in itself, assistance through statual, forced redistribution.

Notice that – as so much of the post V-II slogan-producing machine – if intended in this rather sensible way this “preferential option” doesn’t really mean anything new but it sounds good, progressive, flattering, and of easy abuse for those who want to misunderstand it.  To sound good and to mean nothing is something the Church post V-II has perfected to a true art, though the stench remains.

If we reflect, we understand that one must be really ignorant (wait! Many leftists are!) in order to to believe that in past Christian societies poverty was not at the centre of public consciousness. In fact, this was so much the case that no one had to starve, even in the total absence of the extremely expensive, wasteful and self-serving social apparatus nowadays so common the leftists think it indispensable for the poor’s survival. If anything, then, the “preferential option” (as just described) was much more spread in former times than it is today, though the Cardinals and Popes of the past did not consider necessary to pander to the masses by letting them understand (because this is what they will understand, and the post V-II clergy know it) that they have some right to be “privileged” on earth because they are poor. In fact, the “poor” are nowadays led to believe – though this is not openly said – that the Beatitudes are not “social” enough, and a more aggressive “preference” is needed (like for example taxing the rich stupid so that the poor’s “preferences” may be financed).

Once again, mind an important point: this is not explicitly said; it is merely the way things are made to sound. How very Vatican II…

Take then the traditional doctrine of wealth as our grand-grandmothers knew it. Of course they were very much concerned about poverty, probably more than we ourselves are (“poverty” in England has a rather abstract significance nowadays); but in the end they believed in solidarity and subsidiarity, rather than expecting that an omnipotent and extremely expensive machine decides and administers how much must be forcibly taken from the ones and given to the others.

If, on the other hand, we were to say that the “preferential option for the poor” would mean something different from what has been explained in the quotation above – something, that is, rather more socialist, or calling in any way whatsoever for the right of the “poor” to take what belongs to the “rich” – the argument would be utterly destroyed by the simple consideration that such a “preferential option” is… nothing to do with what Catholicism has always said: namely, that solidarity born of charity and subsidiarity are the best, most Christian and most efficient way to deal with the (earthly) problem of poverty.

And so we are at the starting point: the slogans about the “preferential option” are either opposed to Catholic teaching, or mean nothing new by still remaining susceptible of wrong interpretation; they are susceptible of wrong interpretation because the Church wants to be popular rather than tell things straight; the “Catholic” way is the only one by which we can keep the slogans in line with the traditional teaching, and therefore Obama fans and other rabid socialists have no right whatsoever to criticise Paul Ryan’s fiscal responsibility  as “un-Catholic”.

On the contrary, every step toward the liberation from the marxist re-distribution machine and the return to the traditional approach of solidarity and subsidiarity can only be defined as a Catholic regeneration of a marxist mentality; a mentality nowadays so spread, and so generally accepted (cue the opening ceremony of the Olympic games, with the National Health Service  celebrated as a great British achievement rather than a monstrous exercise in socialism) that people must be re-educated to think Catholic in the first place.

Comments Off on Preferential… What?!

Apologies To The Readers

Probably many bloggers know what it is like: you end up writing late in the evening more asleep than awake, and then mistakes creep in. This time it was not just the odd typo or forgetting to tag (which, by the way, I have also done), but much worse.

I have selected yesterday’s photo from google (very little pic), have put the caption without looking at the photo, have clicked “publish” and then I have gone to bed, the slow connection has not motivated me to give a last check.

This early afternoon I wanted to look on my phone how the page looks like (I never do; but today I was curious) and the picture looked very strange. Zooming, I saw with horror that a devil was there, in a “representation” of the Last Supper certainly extremely disquieting, and very possibly inspired by some satanic motive or sympathy.

I tried to cancel the (literally) damn photo, but my extreme inexperience with this kind of exercise from the phone did not allow me to do so. Then I decided to put the entire message as “draft” so it would disappear until I managed to put the right photo on.

I am a very impressionable person, and to see the devil looking at me when I expected to see the Last Supper wasn’t a pleasant experience at all.

It was a mistake due to sleepiness and, well, lack of proper care in posting.

My apologies to all those who, no doubt, had the same impression I did from seeing the horrible, very probably blasphemous photo. I won’t even try to fish it again from google to see the background, then the thought is very uncomfortable.