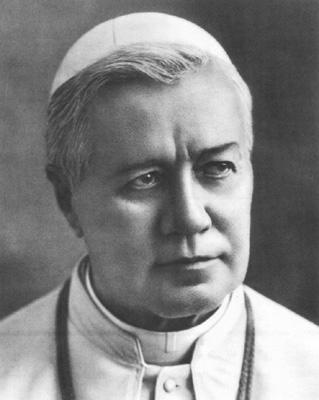 In an age where effeminacy prevails at all levels and a more than alarming level of “sensitivity” is the fashion of the time, it might seem unusual to read about someone calling for the enemy to be “beating with fists”, without “counting” or “measuring” the blows, and striking “as one can”.

Well, you only need to click here to persuade yourself that these words were pronounced (fists, blows, and all) by one of the best Popes of all times.

What does this teach us? Very simply, that the Popes of the past – more importantly, the greatest Popes of the past – thought and spoke like men instead of limiting themselves to the whining of their during- and  post-V-II successors, who regularly are oh so “saddened” and “hurt” and generally passive-aggressive, but never think they could do with manning up a bit for a change.

Unavoidably, their pansiness translates in the pansiness of the entire Church, which will then perforce be infiltrated by either pansies, or positively evil men.

Oh for a Pope with attributes, like the ones we used to have.

Comments Off on St. Pius X Or Warriors And Pansies Explained