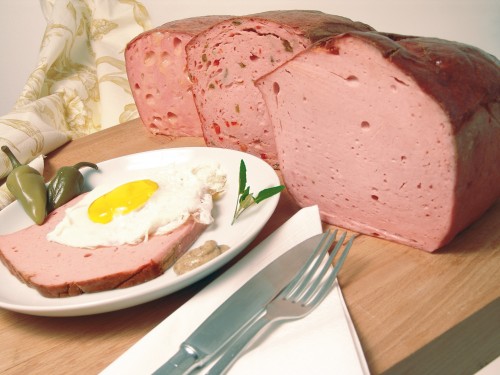 As it turned out, the Leberkäse had nothing to do with the entire story….

This strange disease by which the Pope is either the man in charge or the victim of the famous “wolves” (people he has chosen to stay or remain near him, without exception; this too is elegantly overlooked) according to whether we like what comes out of the Vatican reached frankly amusing proportions in the last months. On this occasion, the famous preambolo – of which it was clear that it had been approved by the Pope, then otherwise the SSPX would have never dared to run to the wall by saying it was – was given back to the SSPX with mysterious last-minute changes, which were and remain clearly unacceptable not only for the SSPX, but for everyone who love their work and the preservation of Tradition they so beautifully defend.

Ah, how the pious cohorts of Pope Benedict went to defend him! The wolves have betrayed him! They have profited when he was taking a nap and have changed the text of the preambolo! Perhaps they changed some key words whilst he was eating his Leberkäse ! And all under his nose! Shock! Horror!

It now turns out that rather smartly, the SSPX – in my eyes tired to be used and abused by the Holy Father, though certainly far too diplomatic to say so openly – have addressed a more or less direct request to the Holy Father asking him who was the responsible for the, erm, voltafaccia.

At this point, you can be as much the Pope as you like, but you are in a bit of a spot. If you do not answer, they will make it public that you have refused to answer, which will let you look extremely bad; if you say that it was someone else’s fault you have to find and agree the version with the poor scapegoat first – which knowing the Vatican means the entire planet will know about it it in a matter of weeks – and then you will have to go back to the text and change it again, losing face twice in one go;  no, the only way to limit the damage is to tell the SSPX the truth and hope they sweep it under the carpet in the hope this nicety will spare them the “worse” (say, a renewed excommunication).

Unluckily for the Holy Father, the SSPX does not make this kind of calculation, does not appear to value his word much and wants the planet to know it, and has – I can find no other words – exposed the Pope by saying in a very diplomatic and gentle way, but still klipp und klar, that the Pope has confirmed the person responsible for the changes is – surprise, surprise – he himself.

Kreuz.net reports the interview with Father Schmidberger, the head of the German province of the SSPX. The interview is on Pius.info, and if you understand German you can listen from 3:25 to dispel every doubt as to who is responsible for what. As Father Schmidberger is a rather authoritative and prestigious source, I do not think there can be any doubt whatsoever – even for the “wolves party” of the conspiracy theorists – about how things went.

Alas, now the time to face reality has come, and all those who have accused those around of the Pope of being “wolves” must ask themselves why the Pope should, now that the truth has emerged, by considered by them any more gently than how they were considering those around him.

Like everyone else, I would so much like to believe that the Pope is on the side of a sensible restoration of traditional Catholicism and that he works, prudently but steadily, toward that goal. There was a time – in particular after Summorum Pontificum – when I have thought that this was more or less the case, at least that this was partially the case, in preparation of the successor who would then set the foot on the accelerator. My, was I wrong.

Not only is this Pope fully committed to the errors of Vatican II bar the worst modernist heresies;  not only does he consider Vatican II as a whole so much above criticism  that he will not allow the SSPX to work in peace whilst he allows wannabe Catholic Bishops and Cardinals all over the planet – particularly in Germany and neighbouring countries – to set forth their work of destruction undisturbed; but he will not even refrain from wilful deception to damage the SSPX, eating his own word in the hope to divide them in the process.

The game is now up, the SSPX has managed the crisis in a rather admirable way – they might lose Williamson and his “wing”, but will not be substantially weakened by internal strife; more a pruning than a falling – and Father Schmidberger’s claim that they are now more united make perfect sense in light of both the Papal behaviour and the clear absence of strife – apart from the Williamsonites, who aren’t very quiet at the best of times –  within the Fraternity.

Kudos to the SSPX for having said – charitably but openly – what was clear enough but too many refused to see. This might well bring them a renewed excommunication – which might have come anyway, after letting them believe it won’t if they behave… – but frankly I do not think they are in the least afraid of it.

To say the truth, I think they don’t think much of the Pope, and want the world to know where they stand, and to know why; I cannot otherwise find a reason for their decision to tell urbi et orbi that the Pope has eaten his word at the last second; a statement as damning in his hard reality as it was gently expressed (see the interview again, and if you speak German enjoy the crystal clear subtext of the interview). Once again, the Holy Father was too clever by half.

Next time you complain about the collapse of the talks, please don’t take it out on Cardinal Bertone, or on Cardinal Levada. Rather, think how the Holy Father allowed them to be in the centre of the scandalised Catholic criticism for months, and  whether the Holy Father would have ever told the truth if he had not been put in a rather tight corner by the Fraternity.   Perhaps a prayer for them both (and for the Holy Father, who needs it most) is in order.

From a sedevacantist site (I do not go there first; google leads me there) a rather funny (if, in the end, serious) list of excuses for the Pontiff’s appointment of Archbishop Mueller, which I give below to you with few modifications: