Reading around the Internet (erm, well… here actually), I was reflecting on the fact that we Catholics live in a situation of inverted age pyramid.

Generally speaking, one notices that the young tend to be more rebellious and desirous of a new world order. They think they know better, and they think they can do better. Normally, these illusions change with the time and the process of growth associated with it. Not only we all know several examples of this change from our circle of relatives, friends and acquaintances, but the world of literature is full of it, showing that we are not talking a passing fancy of one or two generations, but of the elementary work of nature.

Not so this time.

The rebellious generations of the Sixties has a unique characteristic: in their pathetic effort to remain young (the poor idiots have idolised youth from their youth, and it stuck) they have remained rebellious in their old age. Many of them are now in positions of power, and from there pander to the revolutionary fantasies of all those never-grown-up, white-haired, arthritic Guevaras and wannabe adolescents who still dreams of changes and revolutions; very probably in a desperate attempt to cling to those times of madness and marijuana, or else to feel like they are being a force for good rather than pathetic agents of destruction. Look at their workings in politics, where an old guard of Sebeliuses, Bidens and Pelosis continue to defend an abortionist and pro-perversion political line to please their older voters, not without success until the demographics support them.

When you look, though, at the young, you see a different picture. Granted, many young people are indifferent, and most of them are either poorly or simply not instructed at all. A lot grow, I must say, rather stupid, or at least they look stupid because no one ever taught them about elementary thinking. Still, when you look a bit closer you discover that a new generation is growing who, when they wants to be militant, are militant against and not for abortion; when they are talk about the Mass want a reverent one, not a circus; and when they talk to a priest want to see in front of them a priest, not a friend.

I can’t remember when I last saw one of those strange people who want to serve communion (how are they called again? Oh, who cares…) below thirty-five, and those too are the very youngest. The typical “altar girl” here in England was last considered a girl in the mid to late Fifties. When I last was in Rome I saw several priests in cassocks, all of them young.

The generation of the Fifties is, to all intents and purposes, an inverted one. Like Benjamin Button, they grow more childish as they grow older, and insist in their stupid fantasies of knowing everything better and wanting to do everything smarter, like those pimple-plagued seventeen years old who think they have found the fundamental construction error of the planet. But they get older, and more pathetic with age. Like Brutalist architecture  (another poisoned gift of the Sixties to the world), they were wrong when they were young and they got more wrong with age.

I blame the Marijuana

Comments Off on Marijuana, Brutalism, Catholicism

How To Change US Politics 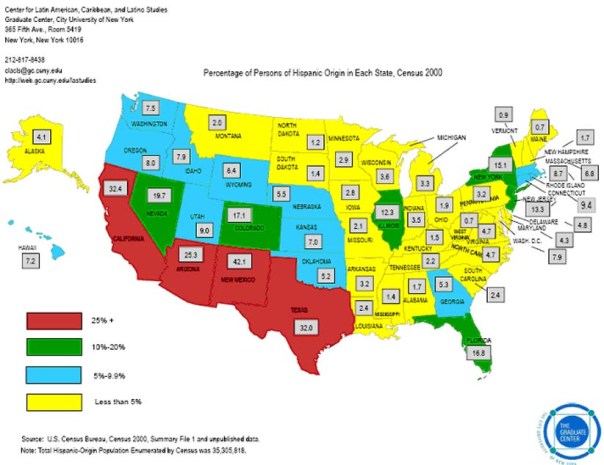 Today, yours truly will reveal to his eager half-dozen readers how to change the face of American politics.

Around 50 millions Americans are, broadly considered, Latinos. They are not the only Catholics of course, but they are important because they are growing. Then there are the others, those of Irish or Italian descent, or those who are simply Catholic. Note the Latinos 1) grow faster, but 2) vote even worse than the other Catholics.

All in all, if we consider all Catholics we are talking about more than 75 million people, a part of which is growing fast and might, says Wikipedia, constitute a third of the US population in 2050.

It says here that in the last elections, there was a shift of 7% in the Catholic vote against the Democrats. Of course, this was against the 2008 “let us feel good” landslide, but it’s still a great swing. This, from the background of a rather stupid (or should I better say: duplicitous) campaign of the Church, on the one side vocal as seldom before on the HHS mandate, on the other side silent in most of her bishops and guided by a man with a least two faces, both of them permanently guffawing.

Where does this leave us? To the consideration that there is a lot that can be done, if the work is started now and is continued in the decades to come without being intimidated, and without trying to reach cheap accommodations with the enemy like the above-mentioned two-faced, guffawing Cardinal.

Ten months of HHS half-battle have caused a swing of 7%. Another four years of constant hammering about pro-life and marriage issues might well bring, methinks, another 3 or four percent. Already that would probably mean victory for any but a disastrous Republican candidate. Another four years of constant hammering would bring even more; this, from the background of a constant work of evangelisation (alas, that’s what it is all about) particularly among the rapidly growing Latinos.

At some point, it would become clear to the Democrats that without embracing pro-life positions they are doomed. At that point, the game is up and the battle is won, then the Church does not need to persuade every abortionist in the land, only to make them innocuous.

I have often written about the sleeping giant which, in my eyes, slumbers all over the West. Many millions are vaguely socially conservative, but they are not motivated to be so, and are not trained in conservative thinking. They have around them a cowardly clergy and confused pundits, who tell them abortion is bad but, erm,  not if the pregnancy comes from a rape; or that so-called “gay marriage” is bad because there are civil partnerships already.

This is confused drivel. Choose Christ, and hammer His Truth in the nation’s heads until it gets in.

There is a rich harvest of pro-life votes out there; but of course the soil must be tilled, and the sowing must be persistent. People are not allergic to truth, nor is truth a disease, or a tax. You bring it to them constantly and without wavering, and they will gradually absorb it.

It has always been so in the past, I can’t see what should be different now.

Comments Off on How To Change US Politics