New Year: What About The Vatican-SSPX Minutes? 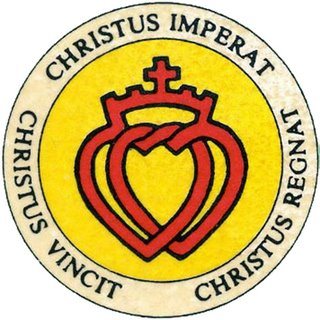 For this 2013 I would like to formulate a very special but I think equally legitimate wish: the announced publication of the minutes of the meetings between the Vatican and the SSPX.

Again, besides having been announced (and therefore, in a way, promised) I am unable to see why this should be problematic for the Vatican: if the erroneous nature of the Society’s position is evident, the publication of the minutes will lead to the gradual isolation and withering of the organisation, and Vatican orthodoxy will in time triumph without the need for shocking measures that would never work anyway. If, on the other hand, the SSPX does have a case, it is only fitting that this case be heard back to back with the Vatican position.

What better occasion for millions of interested Catholics to properly instruct themselves!

OK then; I am waiting…

Comments Off on New Year: What About The Vatican-SSPX Minutes?

Roe vs Wade At 40 Is Not A Good Sight

How Roe vs Wade is going to look in the next decades: Donatella Versace.

In the next weeks we are going to not celebrate the 40 anniversary of Roe vs Wade.

If Roe vs Wade were a woman, other women (not men; men do not waste time with such remarks, of course…) would say of her that she thinks herself young, but she is not anymore; that she pretends her best years are in front of her, but her best years are now irretrievably behind her and the decline will soon start to show up in a way she won’t be able to hide; that her increased effort to hide with makeup the irresistible work of time is becoming increasingly less credible, and that from now on the way can only be down. When the vain lady (would the women say, provided they use the word “lady”) begins to go down the slope of Botox treatment and other extreme ways to try to stay young, everyone will know the game is up, and the way to decay wide open.

I am a man and would, erm, never dare to make such unappreciative remarks concerning a member of the gentler sex; but I will, hopefully, be allowed to say that in the case of Roe vs Wade remarks of the sort are pretty fitting.

Even casual observers have by now noticed the turning of the tide. Whilst Roe vs Wade is still in place, enjoying that particular degree of protection afforded by a sentence of the Supreme Court of the United States, it is not difficult to see the pro-choice soldiers look rather like the Wehrmacht during D-Day: still officially in charge of France, but massively under attack and knowing resistance will be possible only to a point.

Most decisively, the child murderers’ fraction has lost the generational battle, and has lost it big: abortionists tend to make far fewer children, people with basic human decency far more; the former must explain to their children that they would have considered it right to kill them in the womb, nay, that they would have considered it a mere ” health issue” as if the child were a nasty excrescence; the latter can simply introduce their children to the sacredness of human life and the God-given (have I said pro-lifers tend to believe in God in bigger numbers?) miracle of life.

Then there is the issue of family: if your mother couldn’t keep his husband home and keeps introducing you to increasingly more desperate old men, and your father goes around talking about his “emotional needs” when revealing to you at 67 he truly needed a new “girlfriend”, who by the way happens to be far younger than his former girlfriend (of course, your mother disappeared from the picture when you were still young) are you really going to consider their advice in matter of abortion more than their opinion in matters of marriage?

So, Roe vs Wade now celebrates its 40 birthday with the same “fake happy” hysteria of some oldish ladies we all have known. The lady being unquestionably American one can see the first Botox treatment coming, and the first Botox will clearly call for the second, and at some point the surgeon’s scalpel will be seen as the last, short-lived hope. She will be a pathetic mess before she thinks, our Mrs Roe vs Wade, and at that point nothing will be able to save her from ignominious, very public decay.

Pro-lifers remind me, instead, of those other women (we all have them around us, thankfully) who know how to get old gracefully, and to whom age and loving cares have given that particular kind of beauty old age can, if one has lived rightly, carry with it. She might well die before the Roe vs Wade lady, but she will have been graced by a gentle ageing, and a waiting for the day legal abortion will be erased from the face of Western civilisation and relegated to the madness of a past full of the terrors of evil minds like Adolf Hitler’s and Margaret Sanger’s. Again, she might not live to see the day, and the evil Mrs Roe vs Wade might still bury a lot of gracefully aged women. But what a difference in their lives,  in their ageing, and in their death.

Ladies like Roe vs Wade never age, or die, well. “Her” death  will be a long and painful process, sprinkled with occasional renewed hopes in the medical progress, and eventually defied by the working of nature; then, like Botox and the scalpel of the cosmetic surgeon, abortion simply flies in the face of nature, and of common sense.