The Conclave In Video

Rai Tre is universally considered the most leftist TV station in Italy.

Still, this beautiful documentary (English subtitles!) shows a respect and a reverence for the Church you could never ever find by the BBC, where it would be unthinkable to speak of the Church without the usual homosexual propaganda and liberal slandering.

Besides being very instructive, this documentary may give to the one or other of you a feeling of the “Italian way”, where even leftist broadcasters know how to do things properly.

Perhaps a useful hint to what will happen on – I think – Tuesday or Wednesday.

The words are as follows:

I announce to you a great joy:
We have a Pope!
The most eminent and most reverend Lord,
Lord [First Name] Cardinal of the Holy Roman Church [Last Name],
Who takes for himself the name of [Papal Name].

Here below the video of the happy day when Pope Pius XII was elected.

“One Hundred Years Of Modernism” 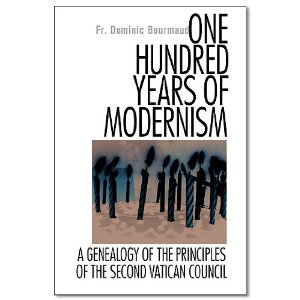 The Angelus Press is, as you can imagine, a very good source of sound instruction, unadulterated by the errors of our times. They also have good resources available for Kindle, which – much as I hate the faggots at Amazon – is very useful if you read whilst traveling.

Some months ago I read the “Catechism of the Crisis In The Church”, by Fr Matthias Gaudron; a well-explained, ruthless description of the devastation brought by the Council, divided in topics helping the reader to focus on particular issues (say: religious liberty, or ecumenism). I recommend this very useful book to all those desirous to learn more about the issues afflicting the Church today in a way that is still accessible in terms of time investment and accessibility of the text.

Some weeks ago I decided to follow-up with the book in the title. The latter is, so to speak, an expansion of the former, and starting from the philosophical foundations of Catholicism explains the way modernism (first the original Protestant strain; then the “Catholic” one; then the Neo-Modernism) corrupted the Catholic message and paved its way up to the very heart of the Church.

This second book will be of very easy digestion for those of you who already have studied philosophy at school or university, but it will still be accessible – albeit probably with a bit more effort – for those who don’t. This book, by Father Dominic Bourmaud, makes the philosophical premises of Modernism accessible to the “lay” reader, helping him to understand not only the genesis of this disgraceful “mother of all heresies”, but its siege and conquest of the Vatican starting from the accession of John XXIII.

You will find this book very useful both in the reading and as a consultation work, because it is laid out in a way that makes it easy to “refresh” the knowledge of the one or other major heretic, each one of whom has a chapter devoted to him.

The book, originally published in 2003, is anterior to Pope Benedict’s papacy, though it tears both his and (particularly) JP II’s theology to very minute shreds. It also sheds a very interesting light on the modernist tendencies of Pope John XXIII, and gives interesting details about the growing mistrust of Pope Pius XII for his once trusted collaborator Montini, promoted to Milan in the end but without a red hat, and never again received by the Pope after having been sent away. It is clear, though, Montini well dissimulated the extent (not the existence) of his modernist tendencies, or he would never have been made the Archbishop of Milan. Pope Montini is also depicted as a less irresolute man than he is generally considered, already fully devoted to the “cause” at the time of the council’s start and consciously initiating a coherent and aggressive work of modernist “aggiornamento” before fully grasping – at the latest with the controversy about Humanae Vitae – the extent of the problems he had created or allowed to consolidate.

Among the Neo-Modernists, Teilhard de Chardin, de Lubac and Rahner are examined in detail, whilst in the interest of the usability of the book less decisive actors – like von Balthasar, Kueng and Schillebeeckx – are given less attention. Be warned, though, that the extent of heretical influences in the thinking of the future Pope John Paul II might well sound shocking to your ears if you had no previous knowledge of the vagaries (to put it gently) of the former Popes’ thinking.

If you are interested in a digestible but accurate presentation of the plague of Modernism, you can do worse than reading this useful book.

Comments Off on “One Hundred Years Of Modernism” 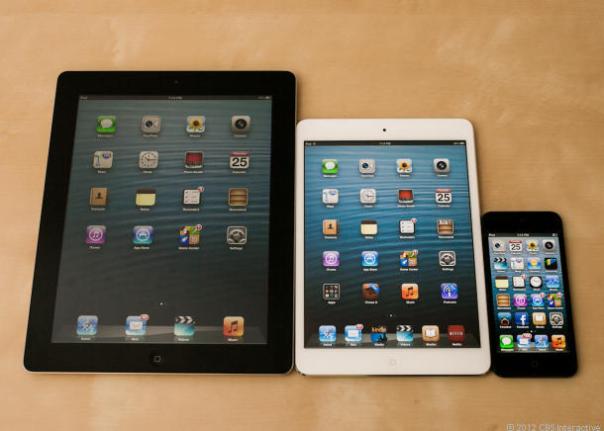 With the Conclave now looming, the apps dedicated to the event begin to pop out.

I have downloaded two free of charge. The first was from the Italian Famiglia Cristiana, a publication reeking of modernism and stinking mightily of V II rubbish. You open the app and there is an interview to a chap explaining to us that the reforms of V II have been “interrupted” (for modernists V II is something eternally becoming, apparently…) and it is now necessary to continue to work on collegiality. The app was immediately deleted.

The second app is simply called “Conclave”, from an organisation called “Verbum”.

It is in English (the other was in Italian), it has live videos, twitter portal, short bios of all Cardinals from the Vatican site and, most interesting, a section called “resources” with, no less, all the Conclaves from 1061 on with interactive links to the participants, leading to their biographies.

If you will be traveling on Tuesday and Wednesday, this might be a good way to keep in touch.

I obviously do not know which smart phone or device you have, but a short search will help you to be prepared for the historic day with a specialised product accessing Catholic resources, particularly if you know you will not have access to a TV screen.

If any of my readers finds apps he would suggest to others, please drop a comment.

I have found here  some interesting quotations about the Death Penalty. Please refrain from commenting about the site.

The same divine authority that forbids the killing of a human being establishes certain exceptions, as when God authorizes killing by a general law or when He gives an explicit commission to an individual for a limited time.

The agent who executes the killing does not commit homicide; he is an instrument as is the sword with which he cuts. Therefore, it is in no way contrary to the commandment, ‘Thou shalt not kill’ to wage war at God’s bidding, or for the representatives of public authority to put criminals to death, according to the law, that is, the will of the most just reason.

It is written: “Wizards thou shalt not suffer to live” (Ex…