In another demonstration of the liturgical confusion in which the “new simplicity” has plunged the Church, the often hilarious Father Lombardi has tried to justify the bishop of Rome’s liturgical abuse on Thursday by saying that if the community is small, you can do whatever you please provided you want to be “inclusive”. The rule does not apply, though, to big masses. Big masses are, as we all know, not inclusive; therefore, we can leave it by the rules.

I do not know whether this is more “spirit of Vatican II” or more stupid, though the two are largely synonymous. Respect of the rules is either something that is required, or it isn’t. If it is, the Bishop of Rome should be the first to give the example. If it isn’t, the same Bishop should explain to us why he needs rules in the first place.

Then there is the question of the small settings. Not many Catholic churches are as big as Santa Maria Maggiore. Most masses take place in small churches and small communities. With Father Lombardi’s reasoning, almost every priest outside of big cities (and in England many of them even within big cities) should feel authorised to “experiment” as he pleases to make things more “inclusive”.

As a Pope, Francis should be the first one to give an example of obedience to Church rules. Servus servorum Dei does not mean that he is the personal servant of those who are the Lord’s servants in the most humble social positions. It means that he is the first and most preeminent among the servants of God.

As the first of the servants of God, he is the one most immediately bound to the observance of the rules of the Church. Therefore, the scandal is gravest when the Pope himself gives scandal.

Father Lombardi can exert himself as much as he likes with his absurds attempts at explanation. The brutal truth is that we have a Pope in the business of liturgical abuse, who doesn’t care of which rules he disobeys but goes on showing in front of the cameras how humble he is.

Maundy Thursday At The Brompton Oratory 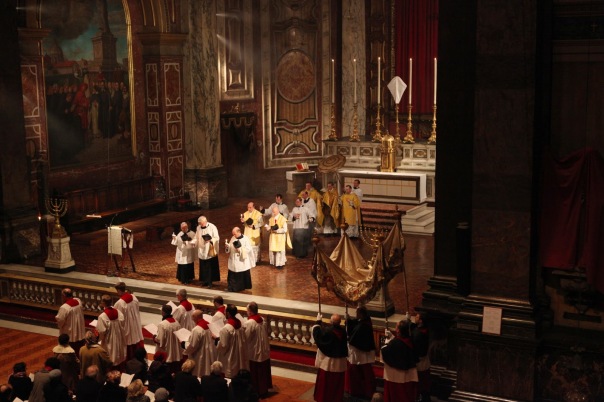 The Church was packed.

The celebration was extremely reverent.

The music was breathtaking – and inspiring – as always.

I haven’t spotted any woman among the viri selecti; who were, I assure you, all belonging to the Christian faith.

The photos are here. 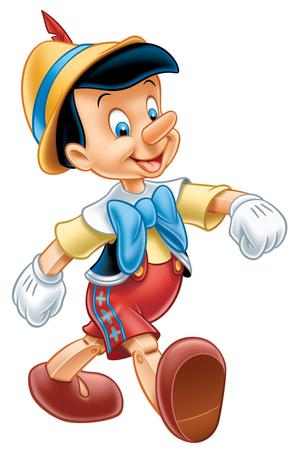 Pinocchio was preparing to conquer the world with his new Mass.

I have noticed that all around the Blogosphere the concerns voiced by yours truly have been also felt and expressed: if the Pope thinks he can break the rules, what prevents others from doing the same…

On reflection, it might well be that the breaking of the rules is not an unintended consequence of Pope Francis’ desire to be “pastoral” and “reach out” to the Muslims & Co., but actually the very aim he wants to achieve.

A Pope at ease with the Pinocchio Mass can’t have much interest for the observance of liturgical rules. On the other hand, being the Pope he might want to refrain from a devastating “reform of the repair”, officially undoing what his predecessor has done. Therefore, he might be thinking of simply allowing the periphery to do what it’s not fitting that the centre does, positively encouraging his own priests and bishops to break liturgical rules to make the mass more “spontaneous”, “simple”, “near to the poor” and all that jazz. The result would be a worldwide wave of liturgical abuses.

I say this because this Pope doesn’t look like a simpleton, the kind of man so much in love with “liturgical simplicity” (or with his own simplicity; one of the two) that he would act in the way he thinks best at the moment without reflecting about the consequences of what he is doing.  It seems to me if this Pope does something, there is a program behind it, and a series of consequences which have been foreseen and willingly accepted, or are meant to be promoted outright.

If you think that no Pope would be as subversive as that, please reflect how probable you would have thought, one month ago, that a Pope would ever wash the feet of Muslims during the Maundy Thursday Mass.

Fasten your sealtbelt. Pray. Never believe the excited girlie screams of the sycophants at every “innovation” of the Pontiff.

The Church will bury all of them.