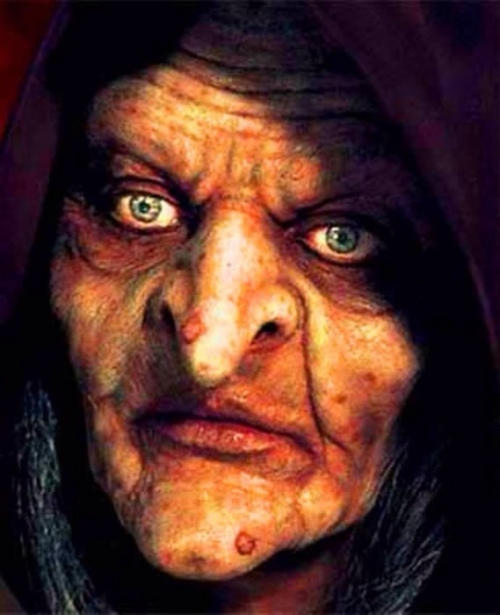 She felt ready for the priesthood

I was reading around on the Internet about the usual rubbish of the usual wannabe “priestesses”, demanding Christianity be reshaped in their own image.

I started to wonder. I am no expert of mad feminists, but do these wannabe priestesses support… priest celibacy? Would they be ready – in the logically absurd case they were allowed to become priestesses, and cats to bark – to be celibate priestesses? Again, without being an expert of the madhouse one can comfortably say most of them wouldn't, and those who would “would not want to impose their view on others”.

Therefore, we can safely assume the aspiring wymyn priest would want to be priest, but not celibate; or better said, they would clamour the Church is wrong on both male priesthood and priest celibacy. Hhmmm…

Then one wonders how many of those females believe in Transubstantiation. Again, I do not work in a psychiatric hospital, but it seems self-evident to me that if they do not believe in male priesthood, which is clearly infallible teaching but is also common to other religions (Judaism, Islam, Buddhism, Hinduism), they will have the biggest problems in believing in something so apparently outlandish like Transubstantiation, something absolutely unique to Catholicism and only supported by people determined to parrot them. Hmmm…

What the wymyn think of Papal infallibility, I do not even want to mention: they think you can improve on Jesus; therefore, the only logical consequence is they must think Popes must also never be infallible…

So there we are, and we have:

2. Who doesn't believe in male priesthood

4. And thinks Jesus caved in to social pressure

5. And the Pope is never infallible.

I know who this is…

This is an Episcopalian Witch!

Interesting new from North Carolina, where there are thoughts of instituting a State religion (with possibly, I add, more denominations?).

The thinking behind the initiative is that in the US (a federation of States, not a federal State like Germany) every state is sovereign, and the power of the Federal government is limited by the tenth amendment to the matters explicitly reserved to it, all the rest (including the establishment of a State religion) being, by default, State matter.

Such a measure would allow “red” States (or socially conservative ones) to obtain wide ranging objectives. The protection of prayers in public ceremonies would be one, and the provision of protection for religious reasons in a way similar to the exemption from the HHS mandate would be another. Thinking out loud (but I am not an expert in such US legal matters) the prohibition of so-called same sex marriages – or civil partnership, or whatever else stinking of sodomy – would be another one.

Let us not forget that when the West was Christian, sodomy laws were everywhere. Therefore, if the principle prevails that a State can proclaim a State religion and reflect this in its own legislation, I cannot see why traditional Christian legislation – assuming the necessary democratic support – should not make its return.

Also, what is now proposed in North Carolina might not become reality there, but might well be picked up in other States whose electorate is better inclined to go down that route. Were the US Supreme Court to try to impose a perverted travesty of marriage all over the country, I can well imagine this issue of State legislative autonomy to become a very important one. Besides, it would put the issue firmly in the hands of the elected representatives of the people, rather than of a bunch of ideologised judges, some of them public perverts.

We shall see how his evolves. I thought this an encouraging thought, and interesting news.

The Church And Homosexuals

The last stop of the unrepented homosexualist.

A good contribution from Monsignor Charles Pope on what the Church has to offer to homosexuals.

Whilst I find it extremely questionable that Monsignor Pope insists in using a homosexual language to talk about homosexuality and sodomy (note he uses the word “gay” extremely often, whereas no one of the very many sources cited by him does) I do find the clarity of the exposition admirable, with its constant reminder that the Church is about the Truth, not easy emotionalism. I also – but this is not explicitly said in the post – warn against a reading of this post in some way equating heterosexual feebleness with homosexual perversion: the first goes with nature, the second against it.

I would also have loved some mention of hell, then when we talk about gravely displeasing God I find it always very salutary to say what the consequences are; still, this was not the stated intent of the post, which is in essence an explanation of why the Truth is preferred to the fashion of the day.

Having made this small observations, I suggest you read the article in its entirety. I have not followed the links yet, though I want to do so when time allows.

All in all, the contrast with Cardinal Dolan is rather remarkable.

Comments Off on The Church And Homosexuals 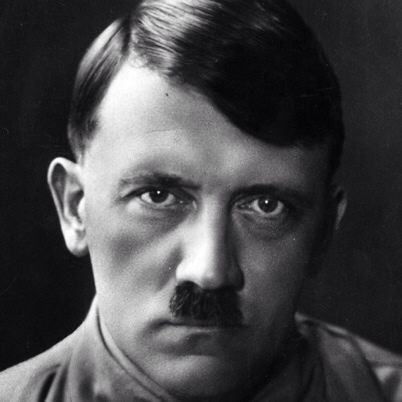 One of the things that never fails to grate me is the use of the word “gay” to refer to homosexual tendencies or, worse, sodomitical behaviour.

I have written in the past about the power of words, but today I would like to focus on the use of this particular word, “gay”.

The use of a word so blatantly wrong by any decent standard of the English language, and so obviously charged with a positive connotation to describe a perversion, always implies acceptance of the homosexual thinking and sodomitical behaviour. One can simply not call homosexuals and outright sodomites “gay” without giving a positive connotation, and the connotation chosen by them, to their thinking.

You will in vain looking for a writing in which Winston Churchill calls Hitler “Mein Fuehrer”, because whilst the word Fuehrer (or Duce, or Caudillo) can be used in an objectified manner simply to indicate a particular person, the use of an emotionally charged expression cannot. At some point, the expression will be not merely descriptive, but approving, exactly because it is identified with the use of the expression in a particular context that is to be extolled. Therefore, Duce del Fascismo, Caudillo de Espana and Mein Fuehrer can never be used in a neutral way.

This is the more so by the use of the word “gay” to indicate homosexual thinking or sodomitical behaviour, because in this case a) the very meaning of the word has been completely perverted and b) the connotation of the word is invariably positive.

Think of this: would you call the incestuous “clever” because they define themselves so? Or those given to bestiality “smart”, or the pedophiles “happy”? Thought not…

“But Mundabor – you might say – the word “gay” is so universally accepted and part of the everyday language!” I answer to this that exactly this is the problem! The word is as widely spread as the acceptance of perverted behaviour, and every time the word is used the behaviour is further helped to be seen as “normal” and part of everyday reality.

Words shape perceptions. The use of the word “gay” (happy, positive connotation) instead of “homosexual” (gravely sinful, heavily disapproving connotation) is part and parcel of the homosexualist strategy. They would never have been able to change the public perception of their abomination without expunging the abomination from their vocabulary, from their way of defining it.

To be against homosexual perversion and sodomitical behaviour and at the same time use their propaganda words is like wanting to fight against the Wehrmacht whilst singing Nazi war songs. Stop it now.

When the sane part of the population stops calling perverts with the names chosen by them and starts again calling them… perverts, the very perception of the public towards this abomination will change. Conversely, it will never be possible to change the perception without stopping the use of the word, because the word itself implies approval and you can never condemn what you are approving.

Nor can the argument be used – something often heard from the shrinking violets – that the use of the word “gay” is justified by the fact that the Church is “accepting” and “inclusive”. The Church is also inclusive of pedophile and incestuous people, but she certainly does not accept their behaviour, nor does she call them with fake names.

The war on ideas starts with the war on words.

The excellent blog of Deacon For Life has a beautiful statement of Peter La Barbera, the president of Americans For Truth About Homosexuality.

This statement has the merit of being short but rather complete and is truthful and charitable at the same time (let us remember that truth is very often charitable, whilst niceness often isn’t). It clearly exposes the usual trick of the homo lobby of trying to manipulate the wrong of physical assaults to homos to obtain acceptance for the abomination of sodomy.

As in these last days homo self-martyrdom has been present on both sides of the pond (with the homosexual man committing suicide after having being filmed on the one side and the recent events in Belgrade on the other) it is very appropriate, I think, to have some clear words said on the matter.

We must condemn evil, never use evil as a…